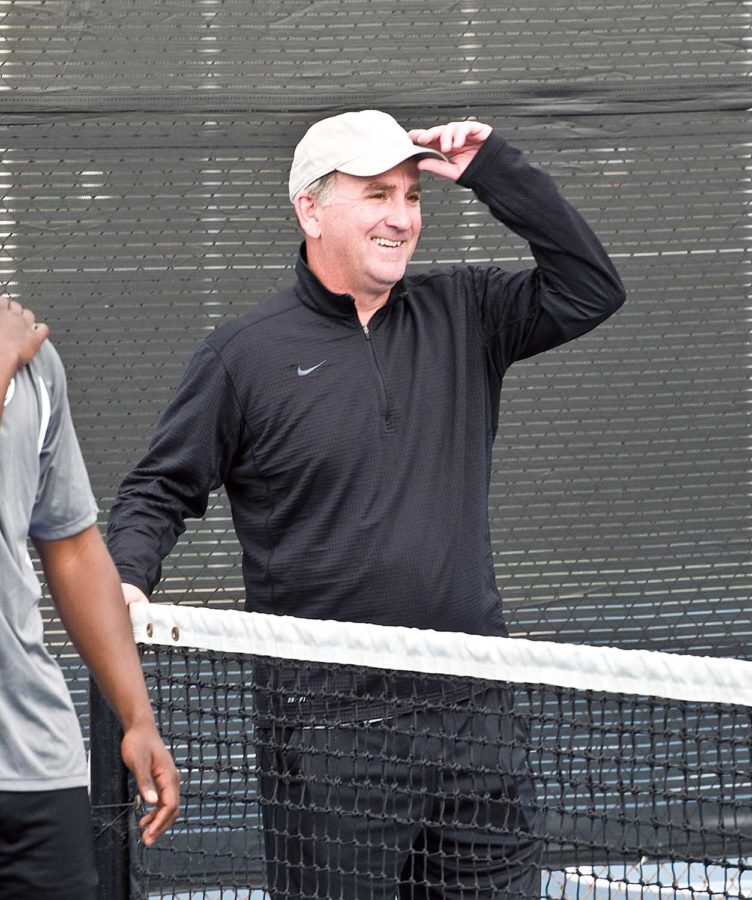 Joe Flanagan, the new coach of the Marymount California University Men’s Soccer Team, brings an impressive career record and an aggressive style of play to the Mariners Team.

He had a winning record in his previous as coach of the UC Dominguez Hills’ men’s and women’s soccer teams (336-131-44) and was twice named National Coach of the Year in Division II.  He also played professionally for LA Salsa, Los Angeles Heat, and Los Angeles United. During his playing years, he took on responsibility for mentoring promising players, among them Alejandro Covarrubias of the Tulsa Roughnecks, Tony Alfaro of Chivas de Guadalajara and Kei Kamara of the Colorado Rapids.

The Rancho Palos Verdes resident grew on Sara Street in Torrance, destined to play soccer.  “Ever since I was old enough to stand up,” he recalled, “I had a soccer ball at my feet.”

Flanagan’s parents, John and Ann, emigrated to the U.S. from Scotland in the 1950s. Soccer was the senior Flanagan’s contribution to the neighborhood.  “He had the whole street playing,” Flanagan said, “because that was the only sport he knew.”

“He coached me the first three years of AYSO and a little bit in my transition to club soccer when I was 10. He loved the Brazilian style of play, with its emphasis on ball-handling, and attacking, and he passed that on to me.” 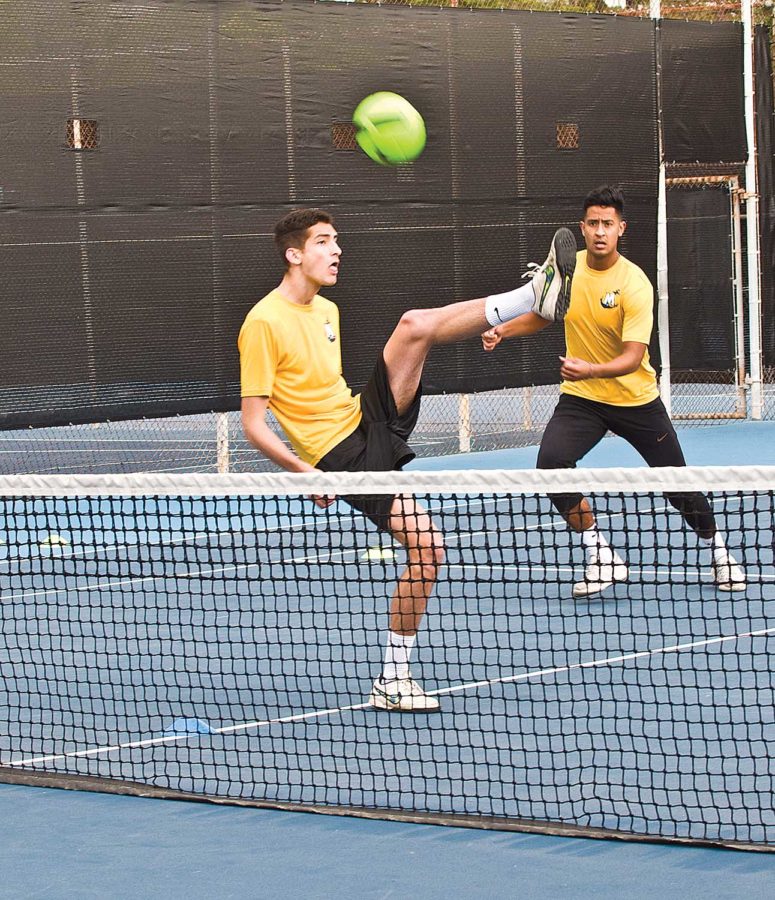 At West Torrance High, Flanagan was a four-sport athlete.  “I played soccer, baseball, football, and three years of volleyball. Club soccer was just beginning, and it didn’t involve travel like it does now, so you could still play other high school sports.”

His moment of truth occurred when baseball began to conflict with soccer.  “After a couple of seasons of baseball, I decided it really wasn’t for me, and I just focused on soccer after that.”

Flanagan earned All-CIF honors as an attacking midfielder, carrying on a long tradition of top players from the South Bay.

“There were conference titles between West High and South High. Todd Saldana, who played at South, went straight from high school to the professional ranks in 1980. This [talent pool] may have had something to do with the fact that AYSO was started in here, and that’s how a lot of locals got their start.”  (Hans Stierle and Bill Hughes launched AYSO in Torrance n 1964.)

In 1986, Flanagan was recruited by UC Dominguez Hills head coach Marine Cano, a one-time South Bay prodigy and former pro, who had graduated from Bishop Montgomery High School in Torrance.  Flanagan accepted the offer and despite the UCDH soccer team’s then unexceptional record. The move proved fortuitous.

“My first week there assistant coach John Girard took me aside after practice and asked me, `Hey, what do you think you’re doing here?’  I was just 18, and I said, `Playing soccer,’ and he said, `Look, man, we brought you here to win games.’ To me, that meant I was supposed to take more responsibility on the field.  After that, I had a great freshman year, scored goals, became a starter and played center midfielder, which is a tough position for a freshman to hold on to.”

Flanagan graduated in 1990, after earning three All-CCAA (California Collegiate Athletic Association) honors and joined the LA Heat.  “It wasn’t a lot of money, but it was professional.” He also accepted an assistant coaching job with Dominguez.

In 1994, when Cano took over the UC Irvine women’s soccer team, Flanagan was named head coach job at Dominguez.  He also continued playing professionally, with Los Angeles United of Continental Indoor Soccer League, and, subsequently, LA Salsa U-23 team, where he was named Western Division Rookie of the Year.

“I hoped to play with a team like the Galaxy, but they wanted players who were 22 or 23, straight out of college.  By then, I was pushing 27, so I thought at that time coaching was kind of going to be my future.”

In 2000, Flanagan led Dominguez to the first of two national NCAA championships.

“One of the other coaches came up to me and said, `I watched your team in the playoffs and they are awesome. I don’t think our team could ever get to that level. We only have 4 or 5 scholarships.’  And I’m like, `We have one and a half.’”

He also earned a conference title for the Domeniguez’s women’s soccer team, which he coached from 2002 to 2013.

“I’ve always had a good eye for talent and what a team needs. I like to find the player who maybe isn’t the top guy, but he’s really close. Maybe he’s growing late.  Maybe he’s a late bloomer. And from there you kind of embrace him, give him the green light and say this is your team.”

He also attributes his success to advice he received from UCDH Assistant Coach Girard about giving players responsibility on the field. 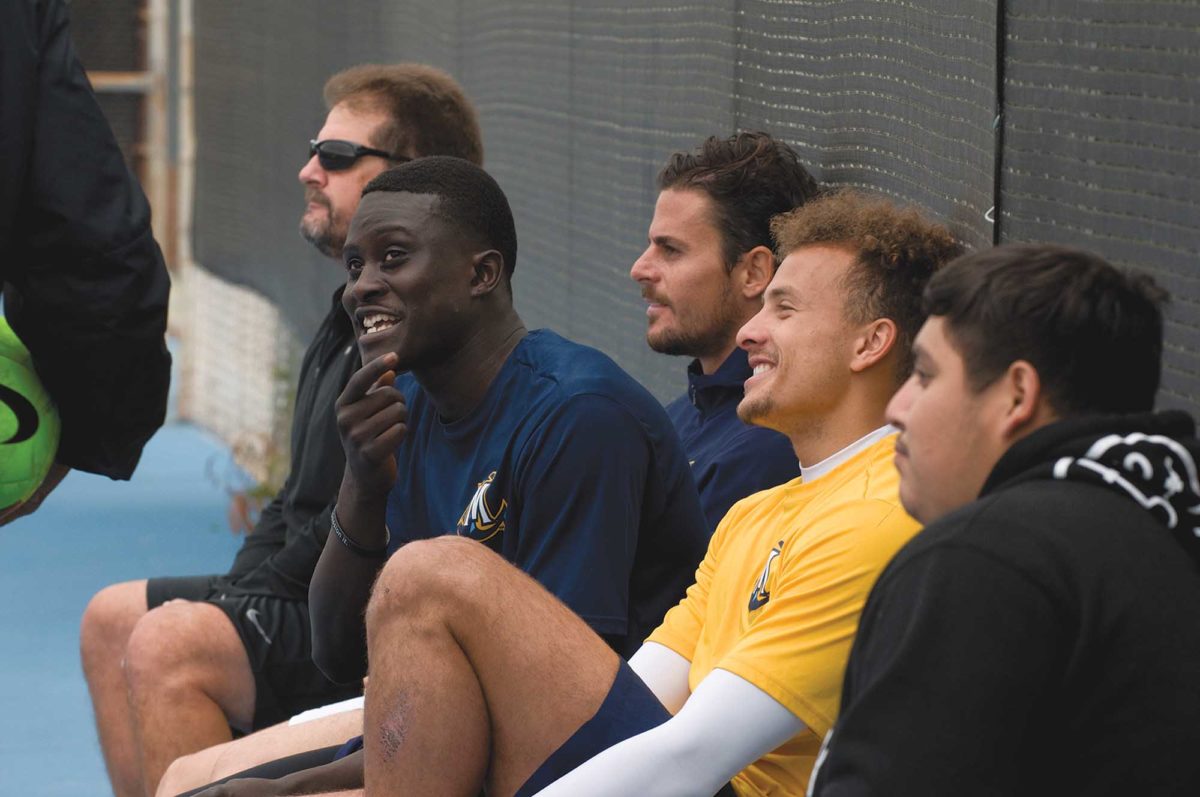 “Soccer’s a thinking player’s game. The coach’s job is to find players, put them in the right places and then encourage them to do what they’re best at. A player might be the fastest guy on the field, but if he isn’t using his speed it’s irrelevant.”

Flanagan’s emphasis on aggressive play goes back even further, to his father’s early coaching.

“My dad thought a player should be on the attack at all times.  As coach, I gave my team freedom to attack, both on offense and defense, and dictate the play.  It’s an intensity that’s beautiful to watch, and wins games.”

“I had to encourage my daughters to be a little more trusting of their teammates, which didn’t seem to come as naturally to them as with the boys.  Sometimes you have to push them to get out of their shell and take that shot. It’s okay to shoot and miss.”

Flanagan kept his own game sharp by playing with the Palos Verdes’ semi-pro team the Exiles. The team included several expats, among them English rock legend Rod Stewart. Steward once remarked, “I’m a rock star because I couldn’t be a soccer star.”

“The crowds would show up to watch Rod.  But what they ended up seeing was a really good team of local guys who had nowhere else to go.  We actually made it to regional and national championships.”

At Marymount, Flanagan will be operating under the “character-driven” National Association of Intercollegiate Athletics (NAIA) philosophy.

But Flanagan does not see a conflict with the NAIA philosophy and his own aggressive coaching philosophy.

“After being in the playoffs for a decade at Dominguez Hills, you realize that having goals and winning games is important, but it’s not the end all and be all. The NAIA is underestimated in terms of its level of play. There have some great teams. If we can produce well-rounded student-athletes, that’s the thing that will stick with the players the longest.”