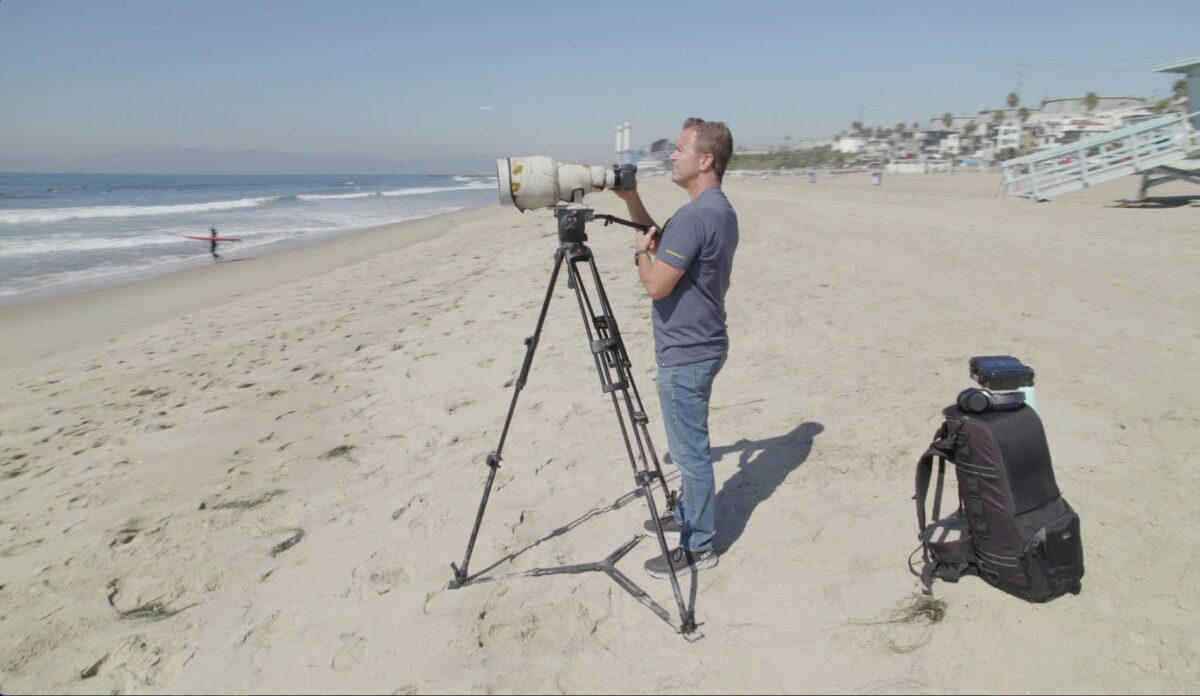 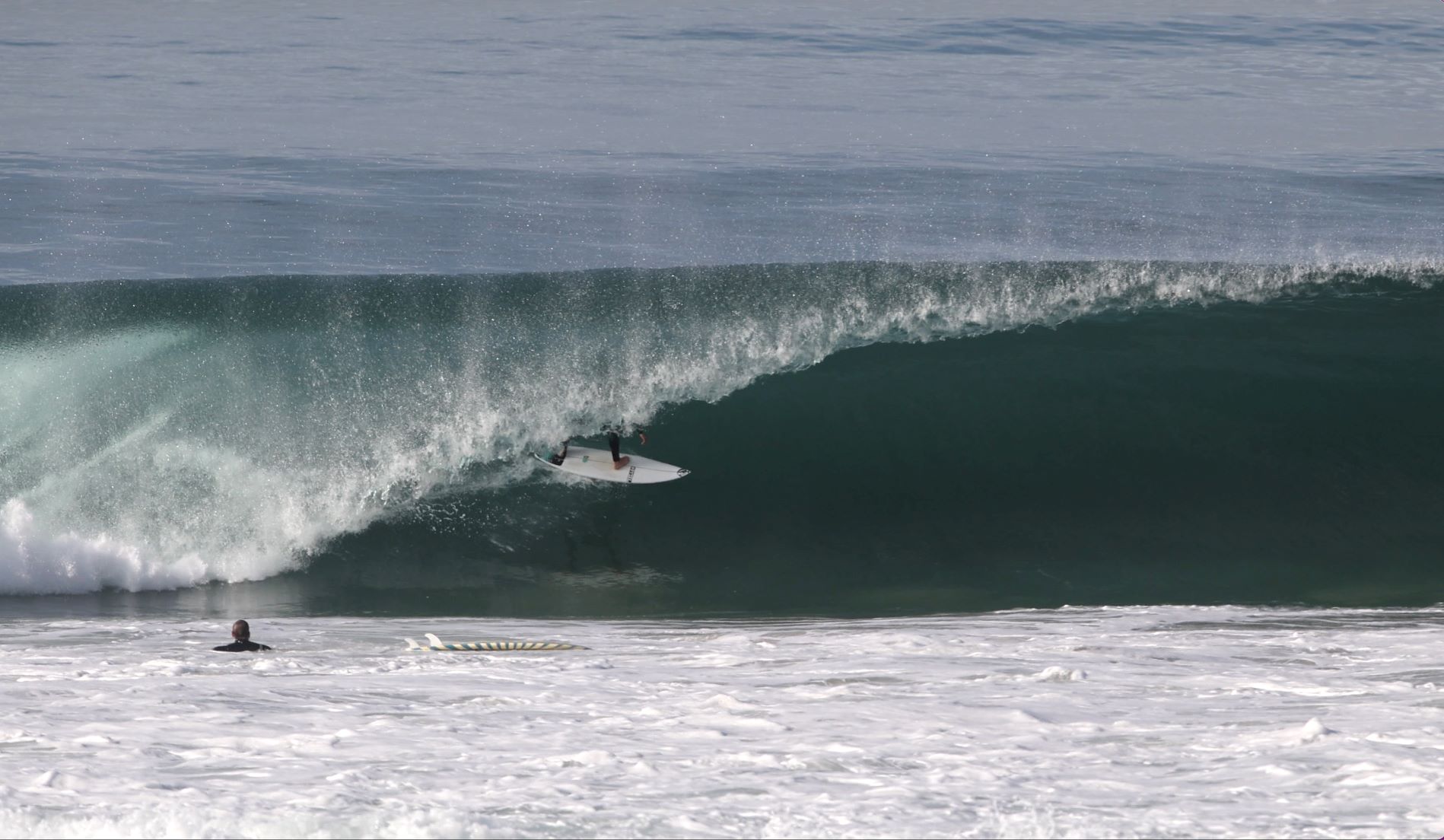 Beck Adler steps on the accelerator at Burnout. Photo by Brad Jacobson

A highlight of the Hermosa Beach Surfer Walk of Fame Weekend each year is the screening of Brad Jacobson’s video of the recent winter. Some year’s videos have been more memorable than others. The 2015 “Chasing El Nino,” and the 2018 “Chasing Lions” lived up to their titles. In 2015 Angel Luhrsen won the South Bay Board Riders Club Big Wave Challenge for a 25-foot Breakwater bomb. Though, as Jacobson said in his video that year, anyone who paddled out at the Breakwater, or Hammerland that January was a contender for the award.

“Chasing Lions” included two January swells hit within a week of each other, both producing waves in the 20- to 30-foot range. Derek Levy won that year’s Big Wave Challenge Award for another Breakwater bomb.

Then there was Jacobson’s 2020 Video “Chasing the Endless Winter.” As the title suggests, there were no big South Bay swells that winter, and no Big Wave Challenge Award.

Jacobson’s 2022 Walk of Fame Weekend video is titled “Tomorrow Should be Good.” 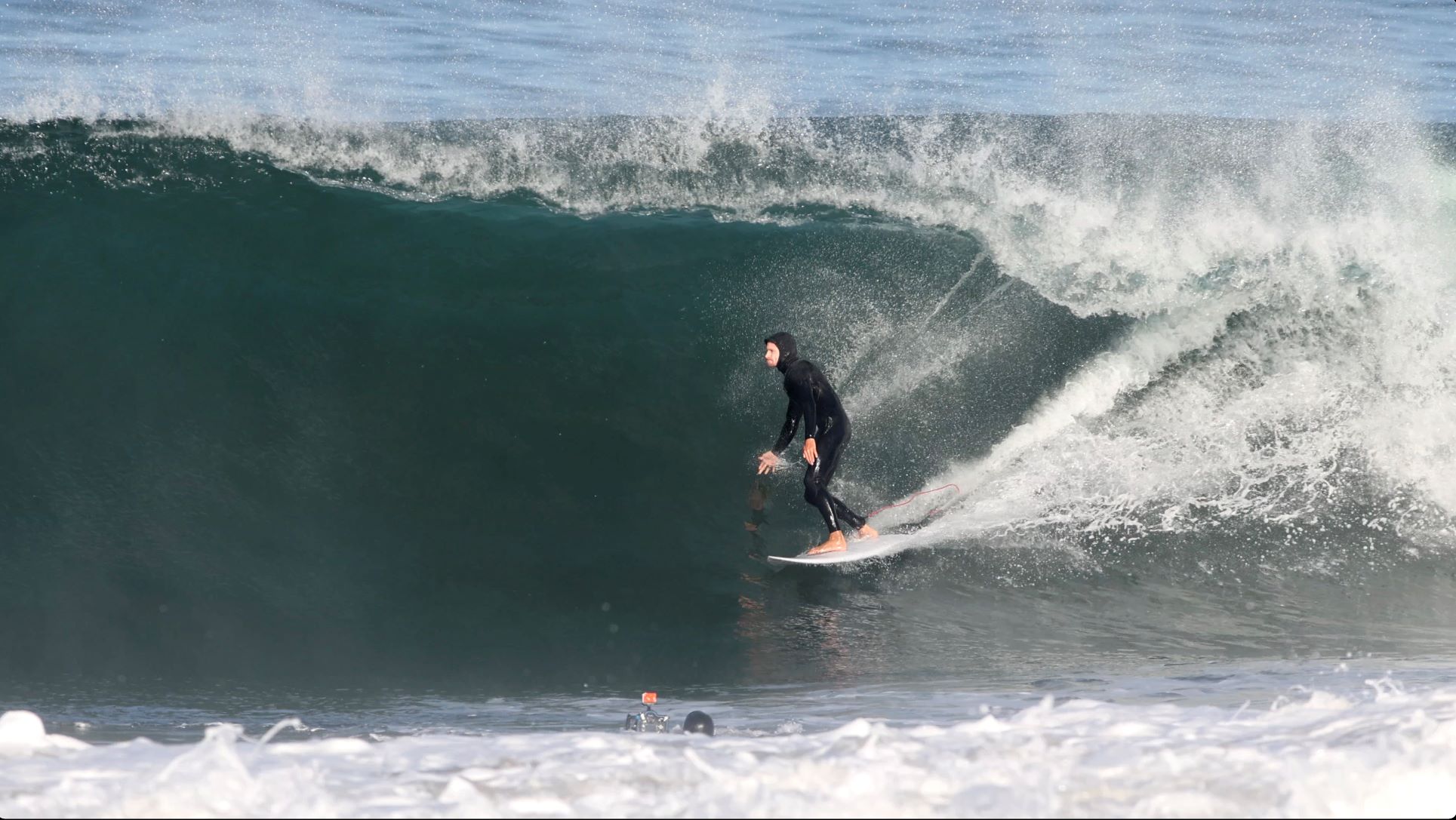 As the title suggests, it wasn’t a good winter for big waves. As a result, for only the second time since the Big Wave Challenge began in 2012, there will be no Big Wave Challenge Award. None of this year’s swells met the triple overhead criterion.

But the Boardriders Club will present awards for the past winter’s Best Ride, Best Wipeout, and Hardest Charging Grom. Local surfers on big waves will be screened. The waves just weren’t ridden in the South Bay.

As Jacobson says in his narration of “Tomorrow Should be Good,” “This was a season that started off strong, then turned weird. The swells in October and November came with good, clean conditions. Subsequent swells were also forecasted to be accompanied by good, clean conditions. But when they arrived there were accompanied by winds that made them a jumbled mess and nearly impossible to surf.”

“Surfers like to say, ‘You should have been here yesterday.’ But they weren’t saying that this winter because yesterday sucked. Instead they were saying, hopefully, “Tomorrow should be good.”

Another popular surfer saying is a good surfer can make any wave look good, assuming he has a good cameraman. This winter may not have been epic, but with Alex Gray, Beck Adler, Conner Beaty and other top local surfers in the water, and with Brad Jacobson behind the camera, “Tomorrow Should be Good” should be good.

“Tomorrow Should be Good: A tale of the 2021-2022 Winter” screens Friday night, April 22, following the South Bay Boardriders Club awards presentations at the Hermosa Beach Community Center. Doors open at 7 p.m. The awards presentation will be preceded by a party for current and past Walk of Fame inductees at the Hermosa Beach Historical Society, hosted by the Historical Society. Doors for the inductees party open at 5 p.m.

Tickets for the evening are $15 at https://bit.ly/37rowX3, or search EventBrite.com HBSWOF