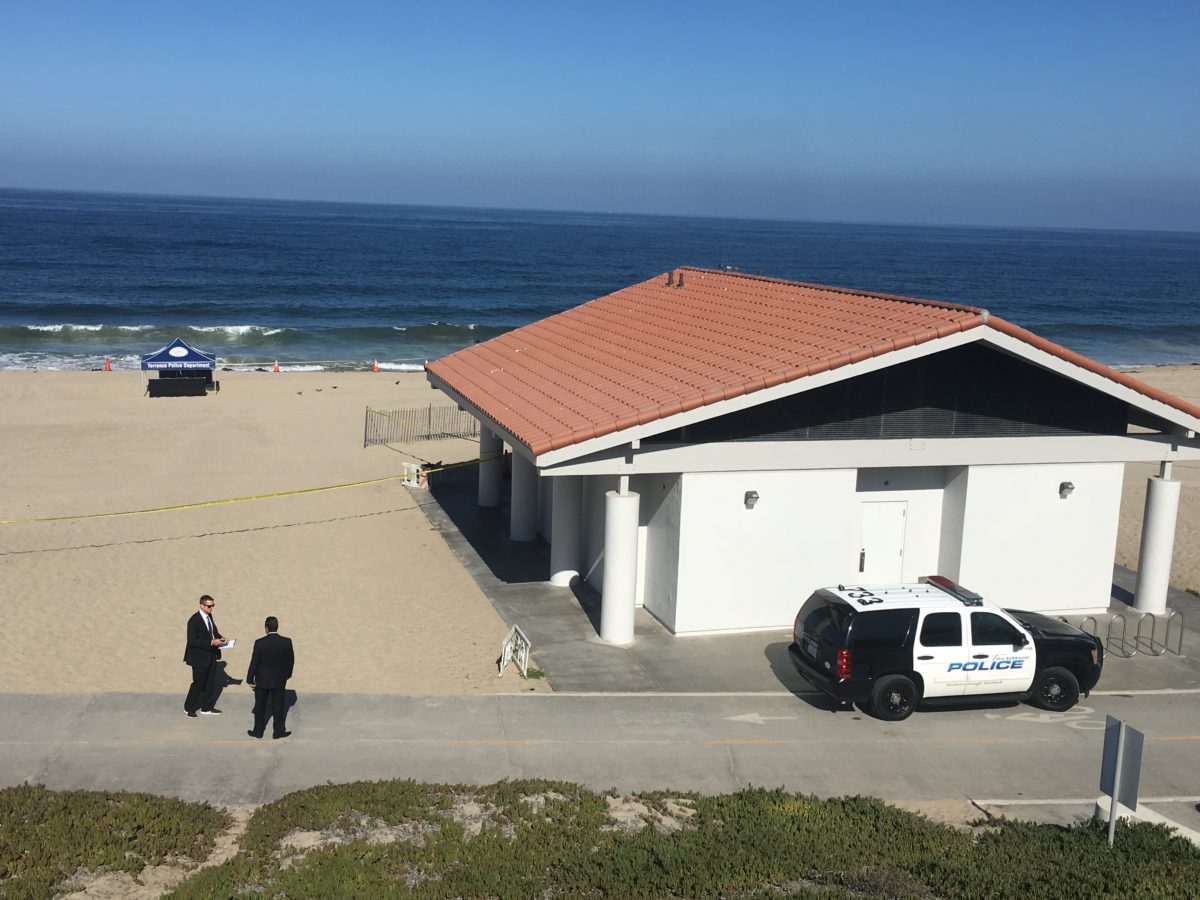 Police confer on a bike path near the site of two men found dead on Torrance Beach on Aug. 30. Photo by David Mendez

Police are investigating the circumstances surrounding two men found dead on the beach in Torrance this morning.

According to Torrance Police Department Sgt. Alexander Martinez, police were called in at 6:58 a.m. on Aug. 30 to perform a welfare check on a man found along the shore, but well away from the water, near Miramar Park. Upon arrival, officers found two men dead.

Martinez said the men did not appear to have washed up from the water, but he did not offer further details.

“There’s no indication of foul play, it’s just very suspicious that there are two dead bodies on the sand here,” Martinez said.

The two men are described as being in their 20s or 30s.  Martinez didn’t offer further description.

Social media posts described at least one of the men as a white male, fully-dressed. Torrance Police would not confirm that information.

Police said the area—including a broad section of the beach and the bike path—will be closed for the duration of the investigation.