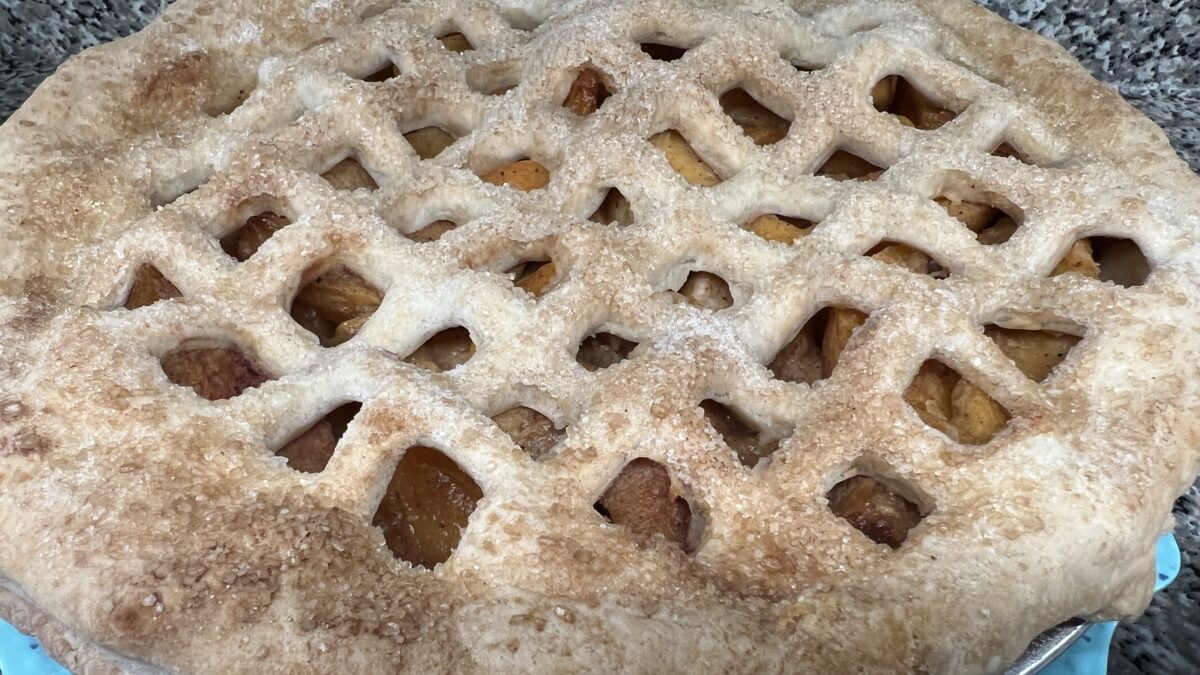 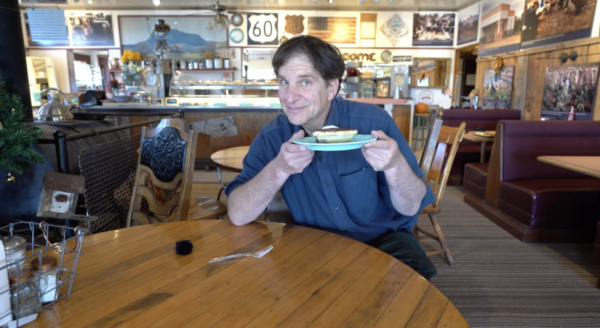 At the top of the Continental Divide on New Mexico’s Route 60, nearly 8,000 feet in the air, you come across this tiny village with a Willy Wonka like name: Pie Town.

Pie Town? As in, all the currency is in crust? The town council’s motto is “In Lard We Trust?” The streets are named Apple, Blueberry and Peach?

You get the idea. That’s the fantasy. How’s the reality?

Who wouldn’t want to pull over and check it out?

Naturally, I did, and to my utter disappointment, all three pie stores were closed when I zipped through town. One of the stores was for sale. But another said it would be open on Sunday.

So I continued on to my destination in Sorocco, NM, home base for my recent bird photography adventure at the Bosque Del Apache nature preserve. However, I would be coming back this way in a few days, so I contacted the restaurant, the Pie-O-Neer, to confirm that their doors would indeed be open for visitors and made plans to visit. On an empty stomach.

So after watching the morning “blast-off” of 20,000 or so birds for a few days in the great migration at Bosque, I left the small town of Socorro (the largest “city” near Pie Town, pop. 8460) and drove up the hill 90 minutes or so, for my return visit to Pie Town, video camera by my side for my PhotowalksTV travel photography series on YouTube.

First of all, while there is a sign in town that says:  “The secret to life is lard and pie,” not everything is really about pie. There’s a post office. An emergency fire department. A few gift shops.

One pie shop did indeed close, and another just shut down. Pie-O-Neer, was shuttered for a year and a half, due to COVID, until Sarah Chavez came to the rescue and bought the place.

She had moved from Phoenix to retire, but when she saw the opportunity that was the Pie-O-Neer, she decided to go all in and bring pies back to travelers.

That’s how the town got their name. Back in the 1930s, there was a little gas station at the top of the hill where people would stop to fill up, and eat a slice of heavenly pie. Because the pie was so good, the area got known for it, and the local townspeople petitioned to name their city Pie Town.

Now, there are highway signs that confirm the existence of Pie Town, even the local post office dignifies it with its own zip code. 87827.

The streets are not in fact named after fruit, although I did encounter Key Lime Street and Custard Lane, and the Pie-O-Neer is not one of those places that hits you over the head with so many different varieties of pie that you can’t make a decision. (That happened to me when I visited the Grand Canyon Cafe in Williams, AZ, which has over 50 varieties.)

The Pie-O-Neer is a a homey diner, with Route 60 and 66 memorabilia, old photographs from the 1930s on the wall, big red booths, and a seperate room to the side called the “Music Room,” with a piano and record covers on the wall. People are encouraged at any time to come in and play.

Beyond pie, Chavez offers stew (chili, of course) and homemade bread, and on Sundays serves a multi-course dinner that includes everything from pulled pork sandwiches and macaroni and cheese, along with a slice of pie.

Business is booming, she says, thanks to the non-stop parade of travelers coming up the road, who are thrilled to find an open restaurant in Pie Town. It’s a long climb to the top of the road, so that makes sense. Plus, once you’ve entered the inside, as you can see in the video, you never want to leave.

Meanwhile, what’s with our fascination for pies? Chavez has the answer.

“It’s nostalgia,” she says. “Pies bring us back to another, simpler time.”

There’s always time for crust, I say, whether that’s a chicken pot pie (one of my all-time favorites) or chocolate or banana cream. What’s your favorite pie? Ands where can you find the best pie in the South Bay? Let me hear from you. 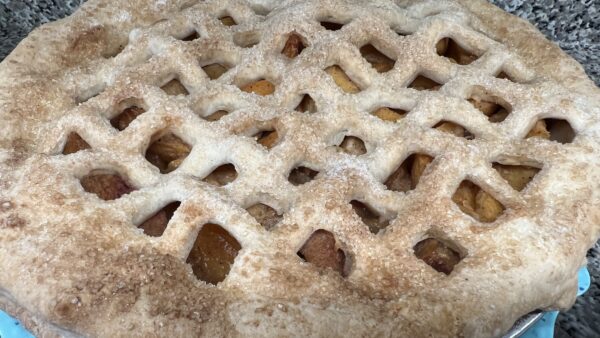