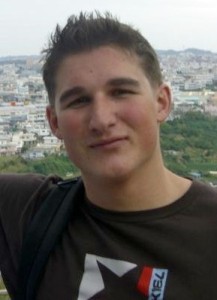 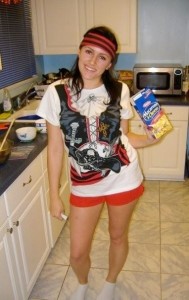 A young couple was found shot to death Sunday after what authorities suspect was a murder-suicide prompted by a romantic break-up.

Police believe that Michael Nolin, 24, shot and killed Danielle Hagbery, 22, before turning the gun on himself. A joint investigation by the Los Angeles County Sheriff’s Department and Manhattan Beach Police Department indicates that Hagbery may have been trying to break things off.

“There is evidence that suggests that at some point they started experiencing difficulties,” said L.A. County Sheriff Lt. Dan Rosenberg. “Their relationship had relatively deteriorated. He made some comments that may have alerted her to potential danger. Certainly, her friends were concerned about her welfare.”

Hagbery’s mother filed a missing person’s report with the Long Beach Police Department, who contacted the MBPD to perform a welfare check on Hagbery at Nolin’s residence.

Officers responded at 11:30 a.m. and found the couple’s bodies in the converted garage that Nolin occupied in his mother’s house on the quiet 300 block of 2nd St., according to Rosenberg.

Authorities estimated the couple had been deceased for two to three days. Both appeared to have died from gunshot wounds. Police recovered a semiautomatic pistol from the scene.

The investigation is ongoing.

“We believe that it was a murder-suicide,” Rosenberg said. “But the coroner will make the final determination at the conclusion of the autopsies.”

Rosenberg said that the couple did not live together and that he believed Hagbery lived in Long Beach, where she attended Cal State University Long Beach. On her MySpace page, Hagbery recently wrote that her mood was “focused.” A caption beneath a picture of the couple on Nolin’s MySpace page read, “Isn’t she beautiful?”

Nolin was a Marine Corps veteran. According to the Daily Breeze, he was running a pornographic website prior to the incident.

“In the evidence I’ve seen, nothing that suggests that he had any emotional problems other than the typical behavior of a 24-year-old man,” Rosenberg said.

Rosenberg said that he hopes other young women take heed from the tragic circumstances that appear to have led to Hagbery’s death.

“Young ladies need to be vigilante,” Rosenberg said. “If threatening comments, threats or statements are made, they need to be extremely careful.”