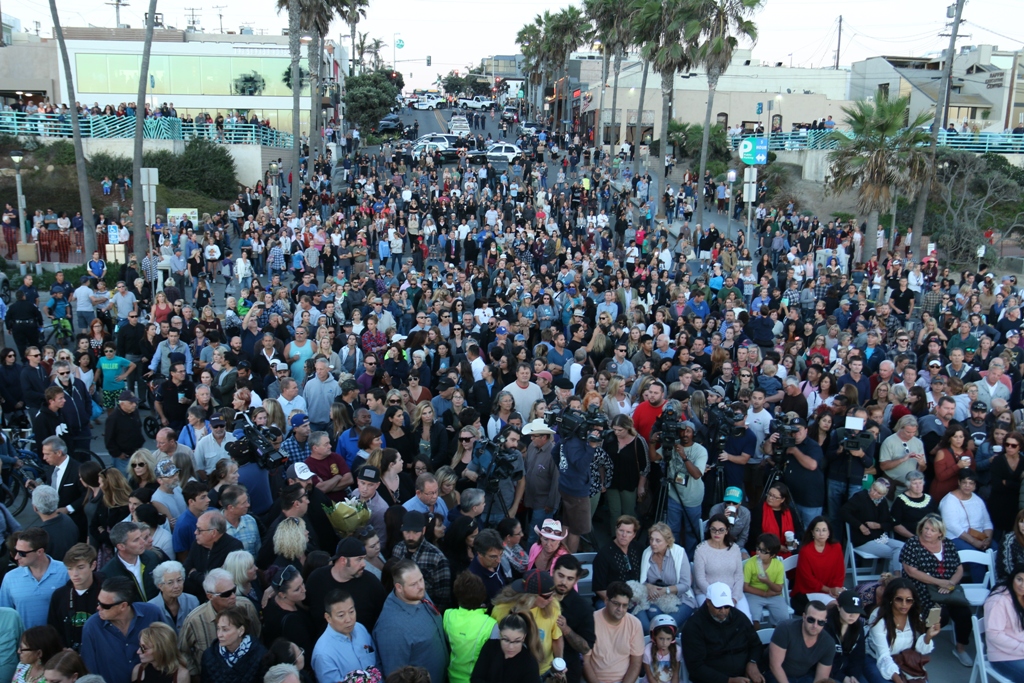 Manhattan Beach Police Chief Eve Irvine noted to the mourners that Parker died on the 10th anniversary of starting her job with the department. Casey died despite the efforts of her fiance to stop her bleeding as he carried her hopefully to safety.

Parker and Casey were among the 58 country music fans shot to death at the Route 91 Harvest festival in Las Vegas on Oct. 1.

“Two new stars shine over our city. Don’t think of Rachael and Sandy as memories. Think of them as being here, in the present, their music echoing eternal tones,” Monsignor Barry told the mourners.

The memorial began as the sun set with tenor Dennis McNeil leading the crowd in singing “Hallelujah.” It ended in darkness, with the crowd waving their phones like candles as McNeil led them in singing “God Bless America.” 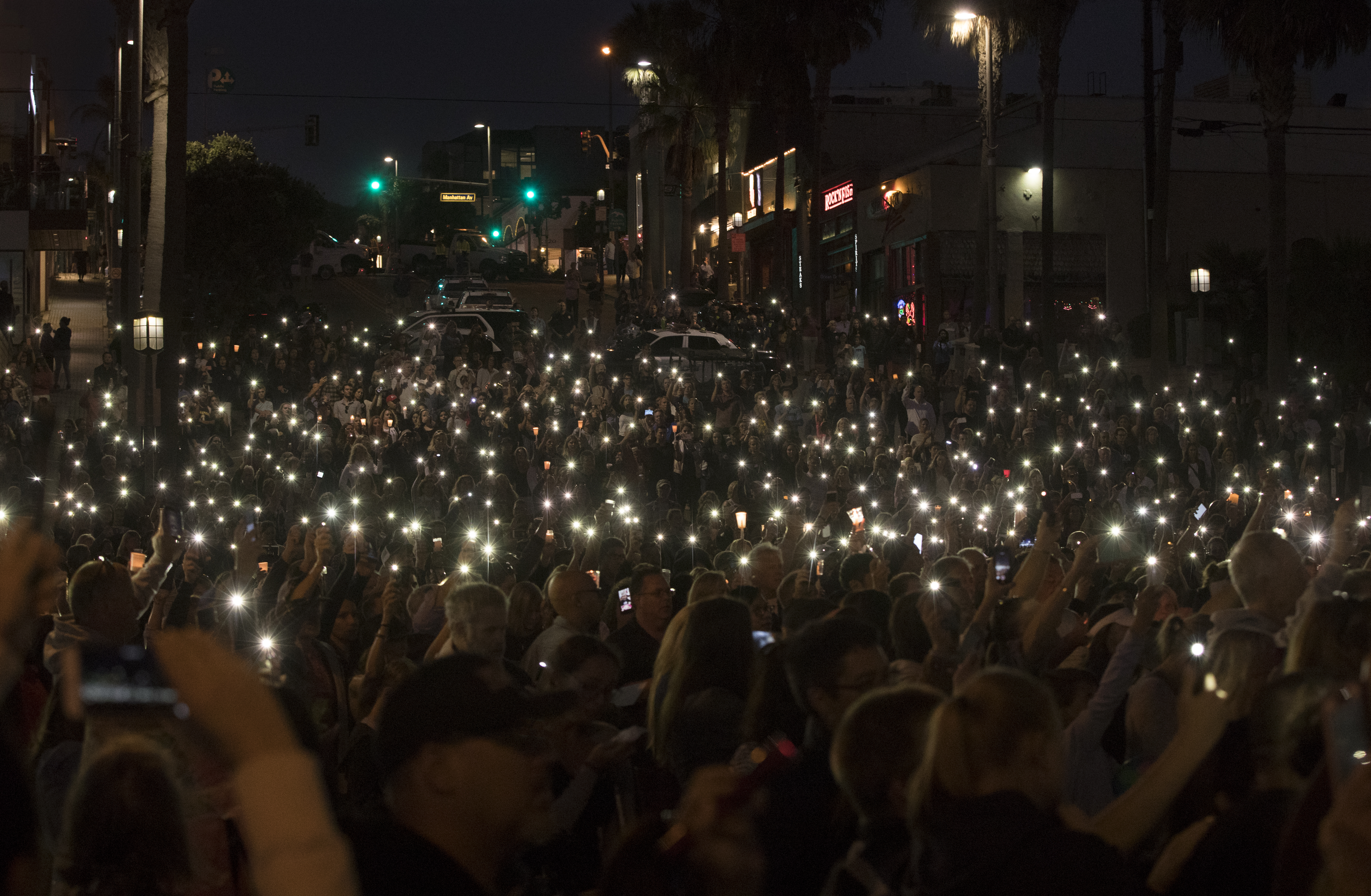