Tyler Critelli applies his dance training to walking on water 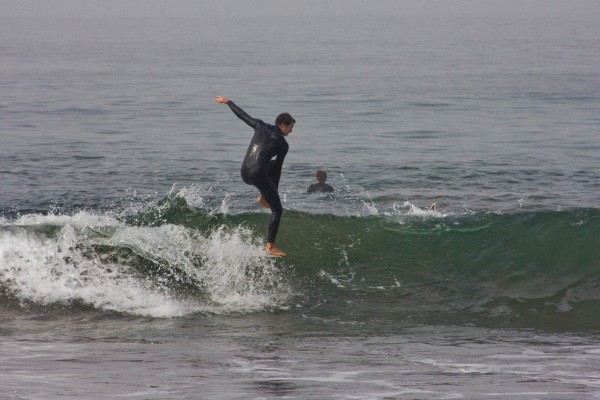 “Dancing is my thing. I was practically raised in a dance studio. My mother used to own several Beach Cities Dance Studios and now I teach tap dancing,” said the 6-foot-1, clean-cut, 25-year-old with short, brown, neatly trimmed hair and black horn rimmed, Clark Kent glasses.

“Come to think of it, what is surfing? It’s like dancing on the waves,” he said. 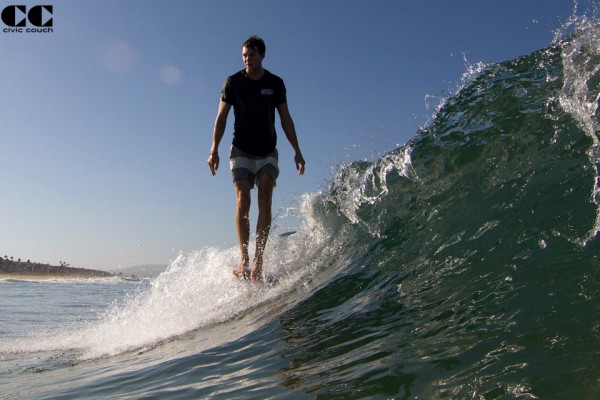 Former U.S. World Women’s Champion Mary Setterholm taught Critelli to surf when he was 12. He was afraid of the ocean, particularly big waves, but pushed through his fears with the help of a 7-foot-6 Becker.

“In high school, I rode a short board because that’s what high school kids do,” he said. His inspiration at the time was Matt Pagan.

Photo by Kiyo of Classic Waves

“Matt ripped even in high school, getting airs while the rest of the surfers were trying to do coasters. He was awesome to surf with and kept me ahead of the game”.

In his senior year at Mira Costa, Critelli started losing interest in the sport.

“The waves got mushy and there were long flat spells that made short boarding too much work. My best friend Jessie Mangiagli rode a long board and introduced me to Dan Cobley. Dan let me borrow a sweet 9-foot-2 single fin that started my love affair with the longboard.” 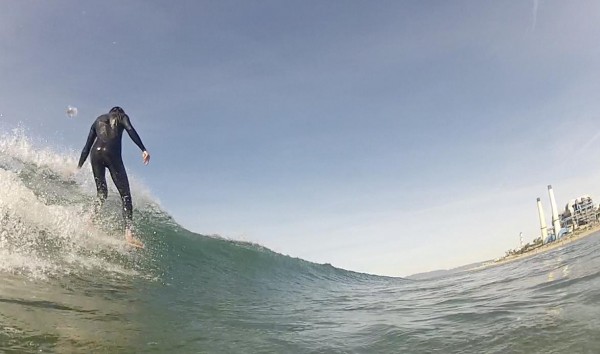 Critelli still shortboards and feels his longboarding skills has helped his shortboard progression. But he prefers his 9-5 and 9-6 Davenport pin tail pigs and a 9- 4 Not A Log Dan Cobley Model.

In the shortboard realm, Tyler loves his 6-2 Cobley single and 5-4 Cobley twin fin.

With his smooth style, he twinkles toes to the nose like Fred Flintstone about to throw a bowling bowl on the way to his permanent perching place on the tip. 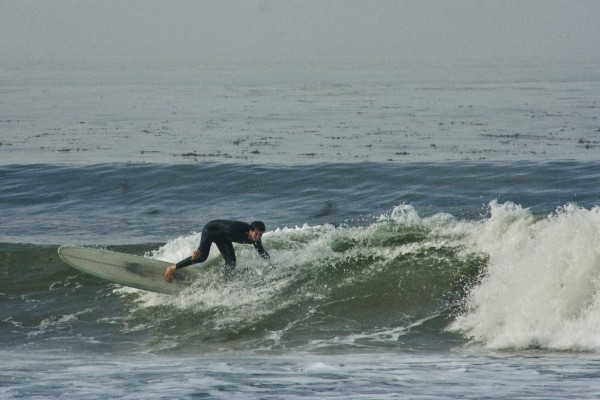 Critelli won the Longboard Division of The South Bay Surf Festival Contest but hasn’t competed much since then. He wants to enter the surf contest scene again with his surfing bro’s Mike Siordia and Edfactor.

His home break is El Porto, where he surfs “Rosie Palms” with Edfactor, Siordia, Davenport, Cobley and Tyler Hatzikian. His favorite California break is Cardiff Reef because every time he surfs there the suns out, the waves are 4-footand a lot of good surfers are out to inspire him.

As for local surfing influences, Dan Cobley and Tyler Hatzikian are his main dudes. He said “Hatzikian is the pinnacle of advanced traditional longboarding and then you have Dan who does every surfing maneuver possible, but can also hang ten like Tyler. Dan also happens to be my best friend.” 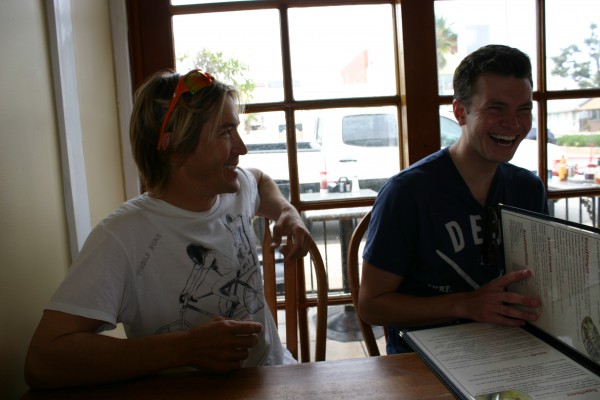 Tyler has done his share of traveling for good waves and a few years back scored the right-hand points of Noosa Heads, Australia. From there he traveled across the Tasman Sea to New Zealand where he got the best waves of his life surfing the shallow sandbars of Whangamata on perfect 6-foot days. He recalls, “I surfed the sickest tubes ever and my 9-2 Davenport pin tail worked like it was made just for those waves. I was getting shacked on every wave.”

Critelli’s next trip was to Cuba where he got fun waves at Havana’s beach breaks.

“I went there to study music. My school was one of only seven that got approval from Fidel Castro. It was fun hanging out with the local surfers. They are like an underground cult down there,” he said. DZ