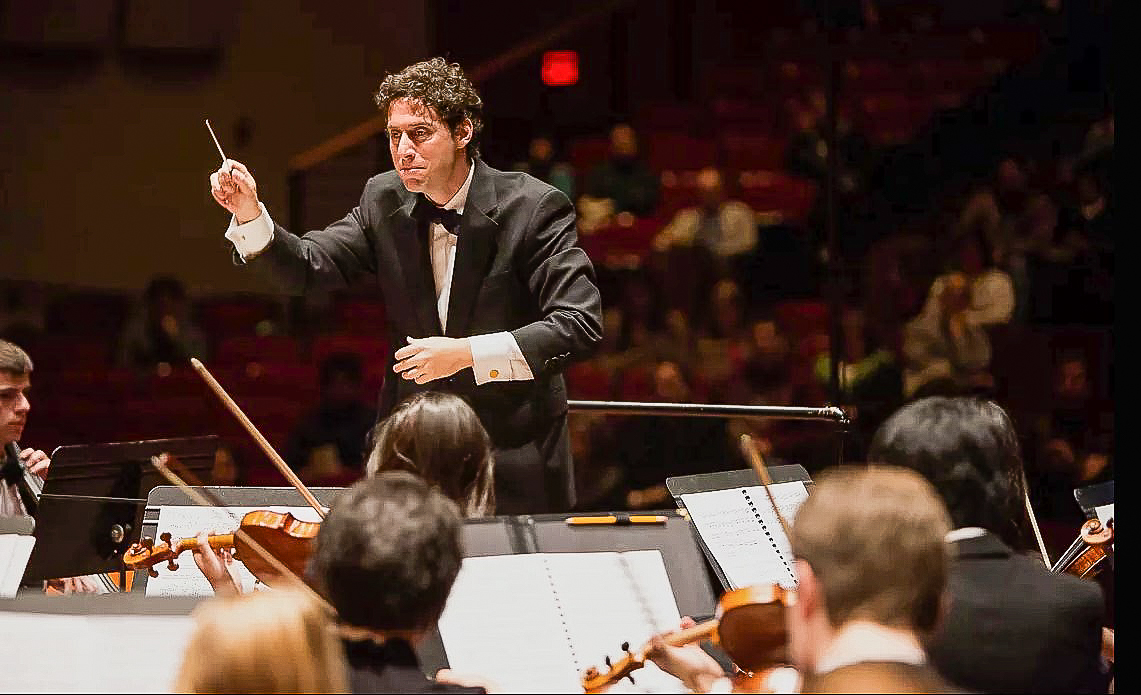 David Cubek, of Caracas, Venezuela, has been named director and conductor of the Peninsula Symphony. Photo courtesy of David Cubek

David Cubek has been named Music Director and Conductor of the Peninsula Symphony Association. He is just the third director in the Peninsula Symphony’s history. The Symphony was founded in 1955 by Joe Valenti, who led it until 12 years ago when Gary Berkson was named musical director. His appointment is for three seasons, ending in June, 2025.

Cubek  is the recipient of the Scripps College Mary W. Johnson Award for excellence in teaching, and is an enthusiastic advocate of new music. At the Claremont Colleges, he regularly teaches classes based on 20th- and 21st-century repertoires.

Cubek was born in Caracas, Venezuela, where he began piano and composition lessons at the age of seven. He studied music at the Simón Bolívar Conservatory. In 1999, he moved to Montreal to study piano and music theory at McGill University, and orchestral conducting at the Conservatory of Montreal. Cubek completed his doctoral studies in orchestral conducting at Northwestern University, where he served as guest conductor of the opera program and the Chamber and Symphony Orchestras. He was music director of the University of Chicago Chamber Orchestra, and a lecturer in music theory at both Northwestern and McGill.

Cubek has participated in Venezuela’s admired music education program, El Sistema, whose motto is “Music for Social Change. He has also collaborated with El Sistema-inspired programs in the U.S., including YOLA (Los Angeles), OrchKids (Baltimore), and Harmony Program (NYC).

The search for a conductor to succeed Berkson lasted over two years. Four individuals were selected as guest conductors for the 2021-2022 concert season. Cubek conducted the symphony’s June 26, 2022. Each conductor led rehearsals, delivered a pre-concert lecture, participated in a post-concert question-and-answer with the audience, and attended a reception with board members and higher-level donors. ER