A brief encounter with Kobe, remembered 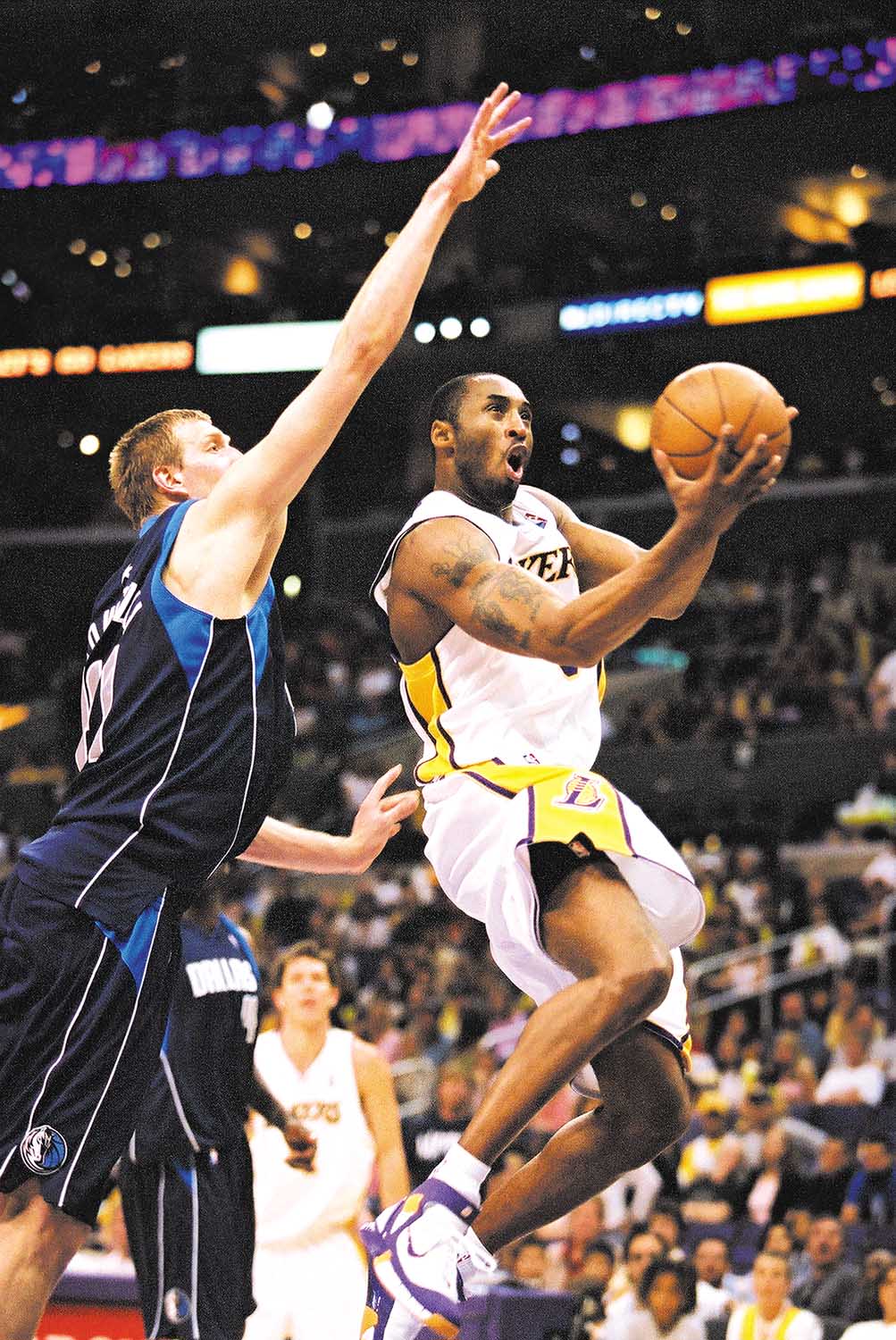 I unexpectedly met Kobe Bryant in 2006 while reporting on a story about Luke Walton. Walton was then in his third year as a Laker and had lived in Manhattan Beach since he was a rookie.

I planned on doing interviews with other players about Walton in the locker room after the game, but I had no intention of talking to Kobe, for a few reasons.

First of all, I am a lifelong Celtics fan, and Kobe was an avowed Celtics killer. Second, I wasn’t a fan of his brash style and propensity for shooting over passing; where I come from (small-town Iowa), basketball is a spiritual practice that reveals character. Third, and most crucially, I’d been to Laker games before as a reporter and in the post-game media scrum, 50 reporters typically surrounded Kobe and just a handful around other Laker stars. He wasn’t easy to get to.

So I went to the locker room and conducted interviews with several players, including another who lived locally, Sasha Vujacic. I wasn’t on a tight deadline like most of the other reporters and so I stayed and did interviews longer than most. Suddenly I realized the media scrum was gone. Kobe was standing alone by his locker. What the hell, I thought.

I approached Kobe, and was somewhat surprised when he agreed to talk. When he realized I was writing about Luke — who was in his contract year — and talking about basketball as something more than just a sport, he opened up. He was incredibly attentive, articulate, and generous in his comments. He loved Luke, of course, who made up for his physical shortcomings with what is known as “basketball IQ” — he did the little things, like set great screens, and was a phenomenal passer for a big man. Kobe had already been public about wanting Luke back on the roster, at one point earlier in the season complaining that “It can’t just be me and Luke” regarding the team’s work ethic.

Kobe dug deep into Luke’s game as we talked. Walton was only scoring 5 points per game, but Kobe identified him as a key to building a winning culture. Luke made those around him better, Kobe said, and helped build a sense of team.

“You know what it is? He’s smart,” Kobe said. “He understands angles, you know what I mean? A lot of young guys have all the athleticism in the world, but don’t understand angles. He plays with his head and understands who he is playing with. The fact that he might not be the fastest guy or jump that high, sometimes he can even turn that to his advantage.”

I’ve interviewed maybe three dozen professional athletes in my career as a reporter. Even the nicest among them rarely really treat a reporter as a fellow human being. They are required to talk to us, and often do the bare minimum — especially if you are a reporter from a small paper like the Easy Reader.

Kobe was different. Once we started talking and he understood that this conversation was truly was about basketball — the game in which he’d found refuge as a six-year-old African American living in Italy, the game he’d turned into his own spiritual practice, the game about which he’d later direct an Oscar award-winning animated short film called “Dear Basketball” — Kobe talked to me as if I was a friend. We didn’t speak one sentence that wasn’t about basketball, but for him, basketball was about life. I got the feeling he would have talked basketball all night long, but finally, the Laker PR reps started clearing out the locker room.

Kobe walked out of the stadium with me, eventually departing to the player’s parking area. Prior to that conversation, I actually thought I hated Kobe Bryant — his game, the sexual assault allegations that had emerged (and were later dropped) a few years earlier, his arrogance. But I walked away from him, disconcertedly, feeling something like love. I hadn’t really known anything about Kobe Bryant. I still didn’t know much, but I knew this much — he was kind, generous, and more in love with basketball than anybody I’d ever met.

Years prior, I had an insight into why we follow sports involving another player I’d disliked, Michael Jordan. It was Game 5 of the 1997 NBA Finals between the Chicago Bulls and the Utah Jazz. Jordan was sick from food poisoning. He’d been up all night and was dehydrated throughout the game, sometimes barely able to keep upright. He kept doubling over, his hands on his knees, and when he went to the bench, he put ice packs on his head. But somehow, he willed himself to keep playing, and scored 38 points, including a dagger 3-pointer in the last minute to seal the critical victory that put the Bulls ahead 3-2 in the series. As the clock expired, Jordan collapsed on the floor. He’d spent every last ounce of what he had to give.

I realized then that sports, at its best, is about the transcendence of the human spirit. Sure, it’s also about superior athleticism, intelligence, strategy, habits of being, and a thousand other things that make elite athletes compelling to watch. But on a fundamental level, it’s about how a person can will themselves to greatness.

Kobe Bryant played with broken bones. He once made two free throws right after snapping his Achilles tendon. As he walked away into the night after our brief encounter, Kobe had just taught me something else. The old adage says it’s what you do when nobody is watching that reveals who you are. Kobe was kind to me when he didn’t have to be. Nobody was watching. He did it like he did everything involving basketball: for love.