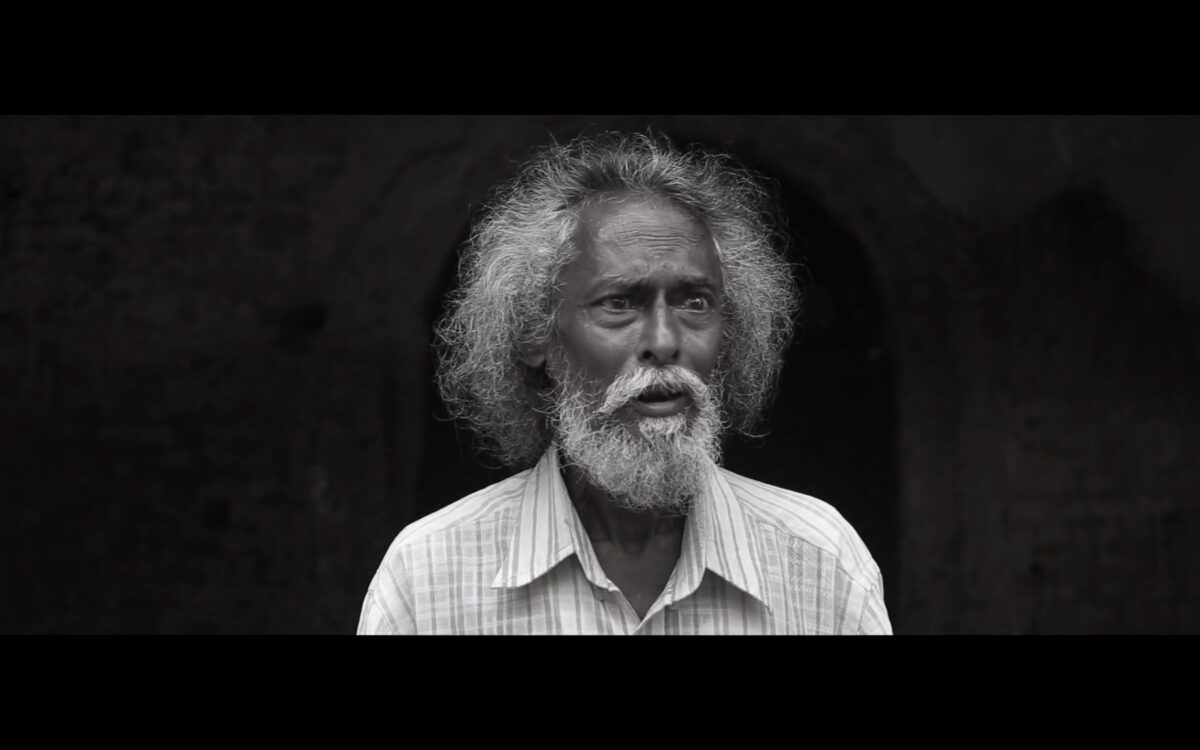 Amartya Bhattacharyya, the writer, director, cinematographer, and editor (as well as the dubber for several of the characters and all the “extraneous” sounds) of “Adieu Godard,” used those talents to create this very enjoyable and thoroughly absurd feature film.

Alas and alack. These afternoon activities are soon to change because the headquarters of the DVD store has decided to eliminate pornography from its shelves. Ananda and his cronies are bereft. But Ananda takes a flier on the recommendation of the store manager and returns home with a copy of a French film — “Breathless” by Jean-Luc Godard. “Where are the naked parts?” ask his friends. They wade through the whole film, disgusted that there is so little nudity and absolutely no sex, just talk, talk, talk, and it’s in French with English subtitles. There’s no singing, no dancing, no fighting, no romance. How can they call this a film? But surprise of surprises, Ananda is intrigued and watches the Godard movie repeatedly.

The film takes a left turn when we realize that this is a story told in flashback by Shilpa who is now studying at a major university and relating this saga to her boyfriend, a film student, who believes there is a screenplay in all of this, especially as she continues the narrative of her father’s trajectory. 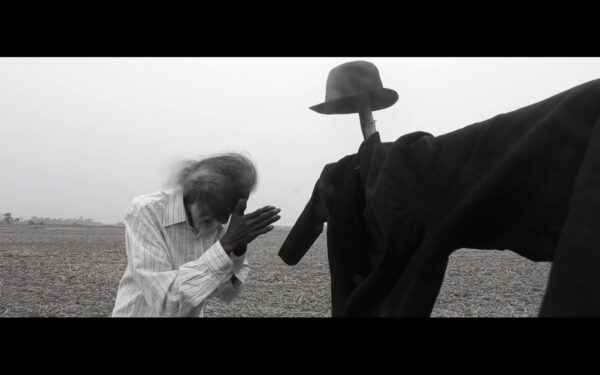 Ananda, not content with just one Godard film, rents several others and becomes convinced that he and his friends should sponsor a Godard Film Festival in the village. Not a good idea as far as his porn-deprived friends are concerned. The only conceivable result of a film festival like this will be a major beating from the enraged and very confused villagers. Festivals are for entertainment, counter his friends, not for boring films. But Ananda will not be deterred. He is convinced that if he does a festival on Godard he can change the culture of this village.

As Shilpa continues, she exposes not just the hypocrisy of the villagers, but also that of her boyfriend whose class prejudices and his patronizing attitude towards her come to the forefront.

As Shilpa darts back and forth between her present at the University and the past of her father’s evolution, the film becomes more abstract and surreal. Where exactly are we and what has or has not transpired? Adding to the unconventional narrative line is the color, or lack thereof.

The initial scenes, primarily those of the lascivious men watching the skin flics, are filmed in black and white, a color palette that gradually shifts to more sepia tones, as if their lives have become a bit more expansive. Interestingly, when first we meet Shilpa she is bathed in splotches of color that offset the black and white of everything else. The present day scenes at the university are all in color, but when the narration returns to the village, the sepia-nuanced black and white returns with the exception of color patches added to the figures of children and some of the women as though Bhattacharyya is making a statement about who is open to wider horizons.

The cinematography is very creative and the acting is exceptional, led by Choudhury Bikash Das as the constantly evolving, big-eyed Ananda and Sudhasri Madhusmita, the intellectually superior and philosophical Shilpa.

Ananda’s goal was for people to become thinkers. But what, his friends asked, will thinkers do? What, indeed?