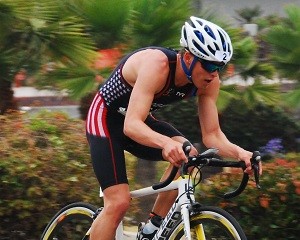 A new bike lane will be built heading west on Rosecrans Avenue, effectively allowing bikers to ride from Sepulveda Boulevard to The Strand, if all goes according to plan.

The City Council approved an agreement with the city of El Segundo, which owns the north half of much of the proposed route, Tuesday night. That city’s council was also scheduled to review the agreement the same evening.

A bike lane heading east on the same route was created after being approved by the Manhattan Beach city council in January last year, but the cooperation of El Segundo and Chevron, whose refinery is bordered by Rosecrans and Sepulveda, was necessary to build the route going west.

The proposed lane will only stretch to Highland Avenue, since as a staff report notes, Rosecrans shrinks to half its size at that point. But riders can continue down Manhattan Avenue and then 36th Street to connect to The Strand Bike Path.

The public was supportive in comments emailed to the council. Todd Bynon, who lives near Polliwog Park, urged the council to approve the proposal.

“We live in a beautiful city with almost perfect weather year-round,” he wrote. “But in order to get downtown to visit the businesses, beach, or events there, or to get to North Manhattan Beach (El Porto) for the same reasons by bike, we take a risk riding on the road with traffic or navigating through pedestrians on sidewalks.”

Another resident wrote that having a western path would eliminate the danger posed by those who ride against traffic on the current eastern path. A couple of people asked that the city continue the trail all the way to the freeway.

In a report filed to council, city staff wrote that the bike path would promote access to the Rosecrans corridor and allow people to commute by bike. Staff also noted that the two malls on either side of Rosecrans, The Point and Manhattan Village Mall, had agreed to allow the bike path to continue to run through their properties.

Chevron has agreed to grant an easement and move its fence near the intersection of Rosecrans and Sepulveda to make room for the bike path, which will then take over one of the lanes of Rosecrans.

Manhattan Beach will pay for all the costs of the project, which is estimated to be around $150,000.

Councilmember David Lesser asked if the city had done any analysis on how much the route would be used. Traffic Engineer Erik Zandvliet said it hadn’t, but that it would.

Councilmember Wayne Powell asked if any trees or the monument sign in the median would be affected. Public Works Director Tony Olmos said that they wouldn’t.

Construction is expected to be completed by next June. ER