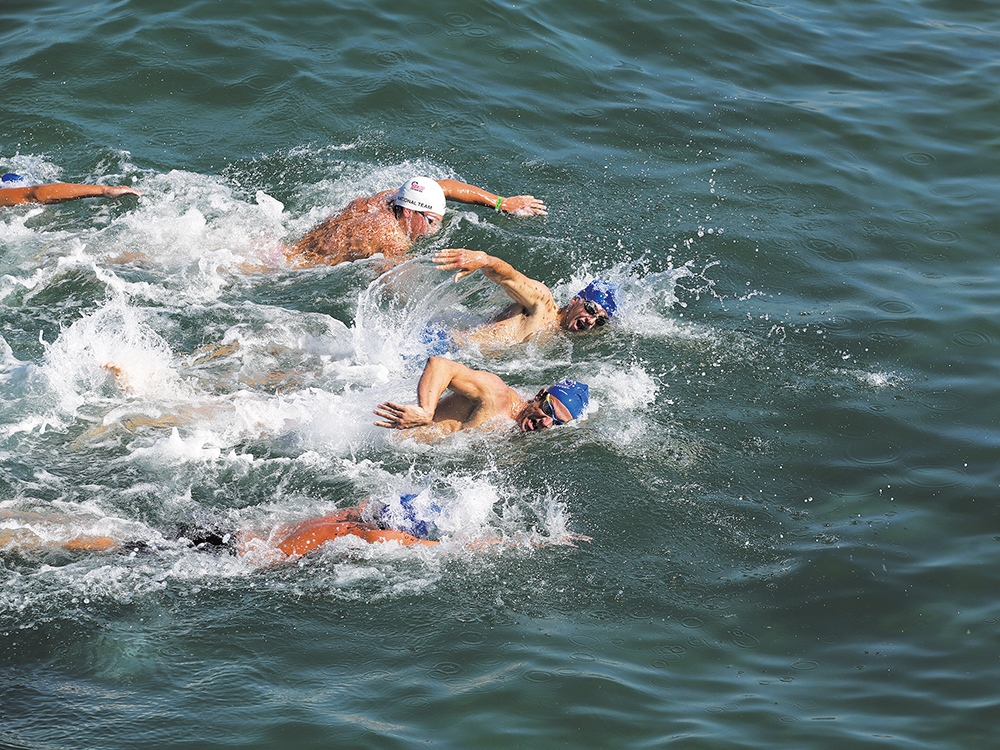 The lead pack drafts past the Manhattan Beach pier. Photo by Ray Vidal 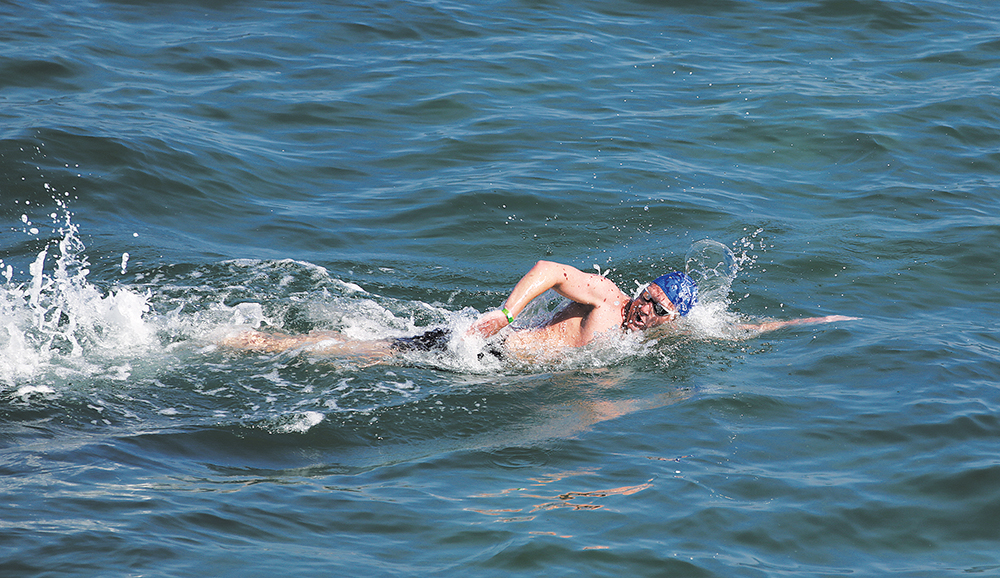 Brian Bullock, as he passed the Manhattan Beach pier, on his way to winning the Men’s Open division in the Dwight Crum Pier-to-Pier Swim. Photos by Ray Vidal 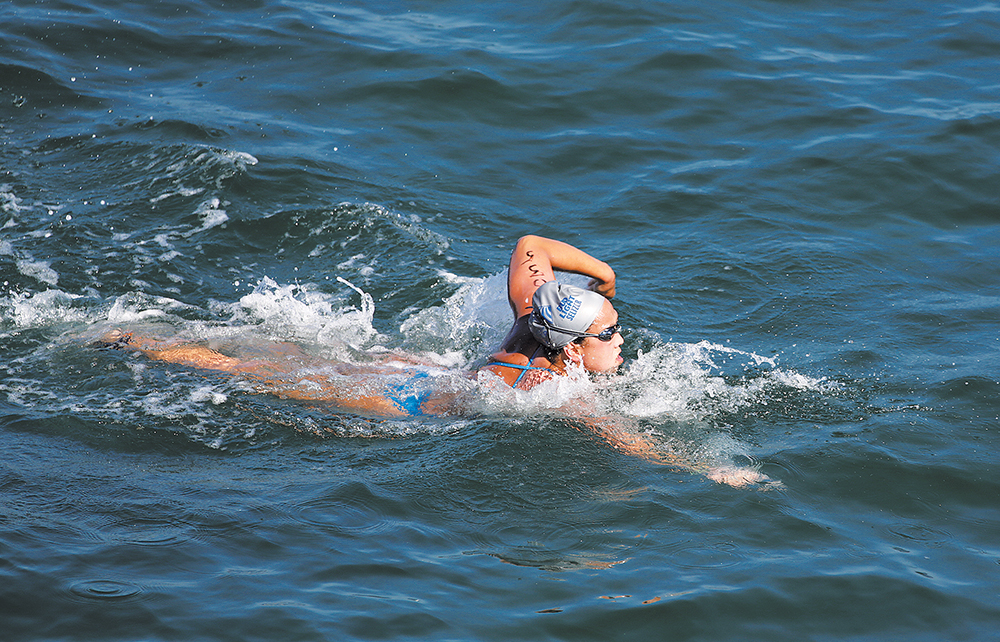 Kelsey Cummings, as she passed the Manhattan Beach pier, on her way to winning the Women’s Open division in the Dwight Crum Pier-to-Pier Swim. Photos by Ray Vidal 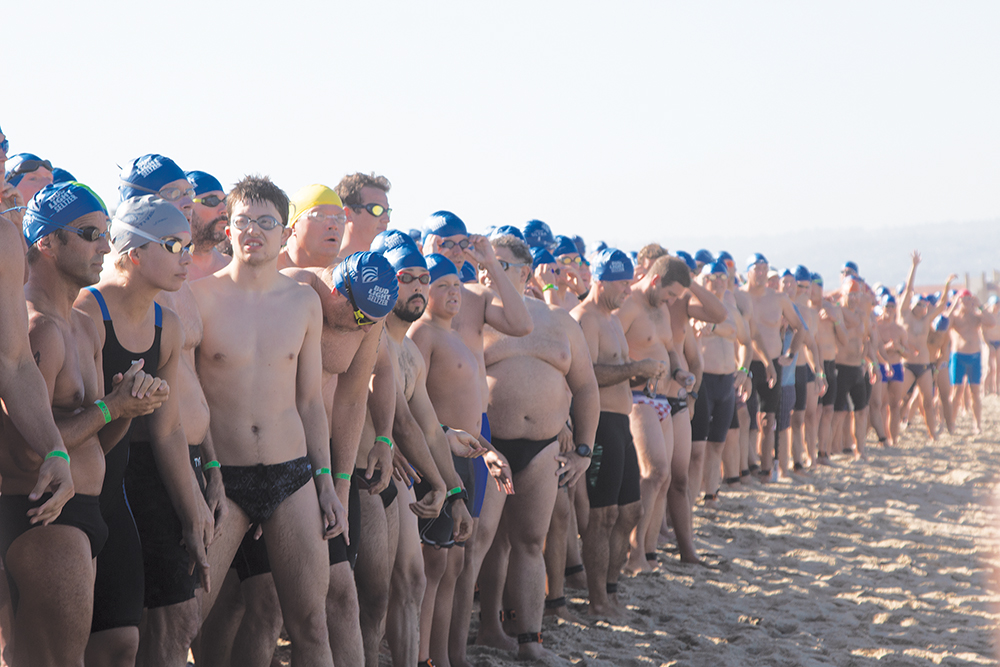 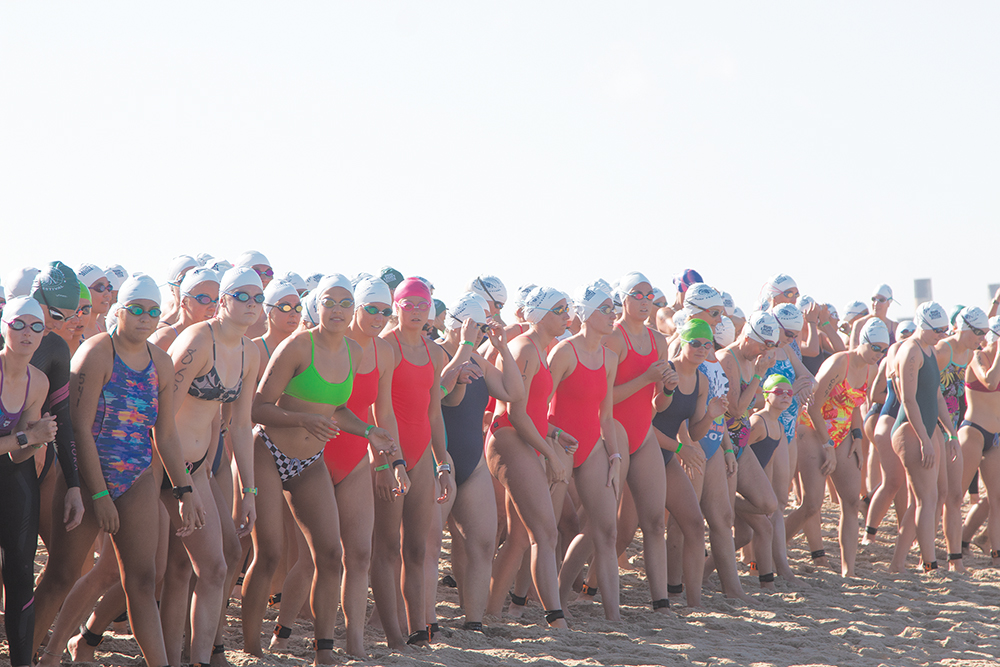 Lining up for the Hermosa Beach pier for the start of the Dwight Crum Pier-to-Pier Swim swimsuit division were 585 men and 314 women. Photos by Meghan Jacob

Ryan Bullock, of Redondo Beach, 37, and Kelsey Cummings, 28, of El Segundo, continued their multi-year domination of the Dwight Crum Pier-to-Pier Swim on Sunday. Bullock’s time of 36:33 earned him his fourth consecutive Pier-to-Pier victory, and his fifth in six attempts.

Cummings’ time of 39:36 earned her a fourth consecutive Pier-to-Pier victory.

Sunday’s Pier-to-Pier was the first competitive distance race either had competed in since the start of the pandemic in March 2020.

“I think the pandemic hindered my training in some ways,” Bullock said. “I knew, though, we would come out of it, and this race would be occurring again, once it was over, so it gave me something to look forward to.”

“Those two miles are really grilling, but I put a lot of hard work into training for these races, so I always expect a good showing in how I place,” said Bullock, who swims with the Los Angeles Peninsula Swimmers (LAPS) swim club.

“Especially after the quarantine, staying physically active and participating in races like these give us a goal to work towards,” Cummings said. “It’s important to stay excited about life, and races like these are so great for that.” The former El Segundo High swimmer qualified for the U.S. Olympic trials in 2008 and 2012.

Cummings said this year’s race was more difficult than in previous years because she was unable to draft behind other swimmers.

“I swam it alone instead of with a pack, so during the swim I was getting a little worried,” Cummings said. “But once I finished and knew I won, I was so happy.”

Race director Gary Crum said he expects the number of swimmers to increase in future years.

“The swimmers this year were just so thankful for the volunteers and everyone involved in making sure we could have the race again,” Crum said. “They were excited to get out of their basement, and be physically active after quarantine.” ER