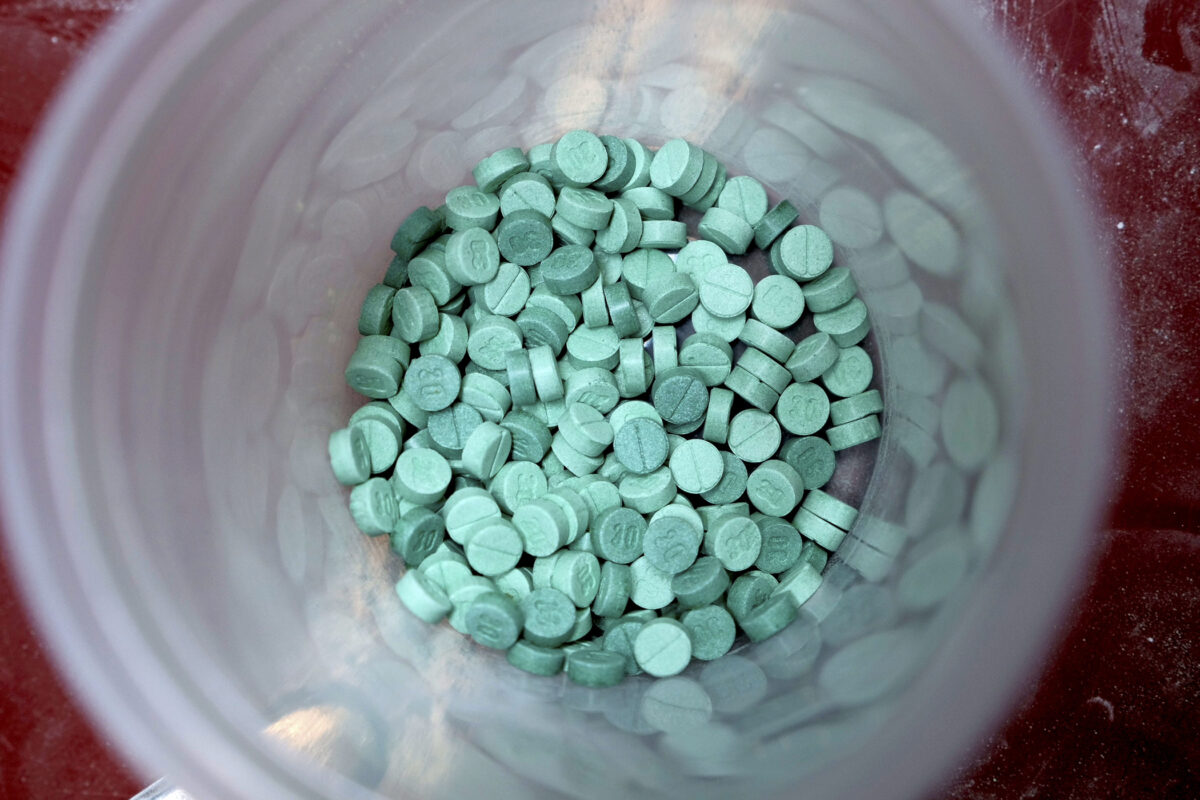 “Crisis,” the thoughtful film directed and written by Nicholas Jarecki, is definitely worth your consideration. Timing, as has long been said, is everything and this film should have been blessed by the timing of the revelations into the OxyContin industry and the part played by Purdue Pharmaceuticals and the Sackler family. Instead it is damned by the timing of the sexual abuse allegations against the film’s star, Armie Hammer. Still, in a baby with the bathwater comparison, the message and the storytelling in “Crisis” should override the ick factor.

There is the deep undercover investigation led by Jake Kelly tracing a Fentanyl smuggling operation from Canada to the U.S. Kelly’s operation is dependent on complete secrecy in order to establish impeccable credentials with the Canadian boss, Mother. When a young smuggler is caught transporting a significant number of pills through the snowy woods south of Montreal towards the U.S. border, Mother is ready to abandon his deal with Kelly. Someone high up has betrayed Kelly and undermined his operation. Besides calming Mother so he can nab his prey and put a dent in the smuggling operation, Kelly must try to determine who the traitor in his own organization is. 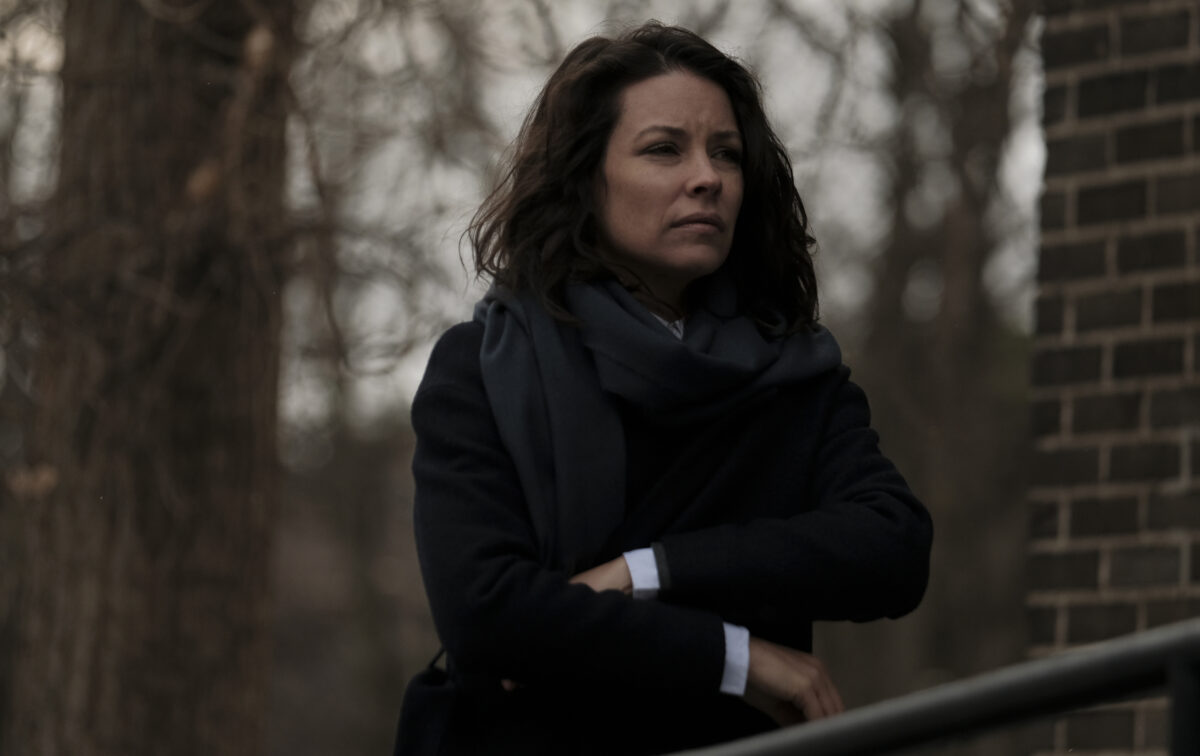 In a parallel story, Claire Reimann is a recovering Oxy addict and single mother raising her son, an honor student-athlete. When her son David is found dead in an alley, the autopsy shows drug overdose. But that can’t be because he never used drugs. The overwhelmed police are uninterested in a mother’s denials. But these are not just denials because further autopsy results show that he was attacked prior to death and that there was no indication that he had ever injected drugs before. Her son was murdered and it will be up to her to solve this case—one that will lead back to Montreal and Mother.

The third intersecting story involves a scientist, Dr. Tyrone Brower, who researches drug addiction based on an animal model. Funded entirely by a major drug company, his preliminary results indicated that their new drug did not breach the blood-brain barrier. In other words it didn’t get into the brain and therefore was a non-addictive pain killer. Brower’s research bolstered their claims of producing a new and safer drug and is fundamental to their impending FDA approval. But at the eleventh hour, Brower’s graduate students have discovered that the research was flawed. When their mice were fed the drug for a week, they did not show any dependency. It was upon trials based on one week’s use that the FDA application was predicated. Taking the experiment further than originally specified, they found that using a 10 day behavioral model, the rats had an unstoppable craving for the drug. They were unable to resist the feeding tube and consumed the drug until they died. Alarmed by these results, Brower goes to the company and asks that they delay bringing the drug to market until the addiction mechanism can be studied further. The answer, as expected, is a definitive no. The machinery is in motion and they will not delay what will be a huge payday for them. Further, should Brower publicize his results they will withdraw all his funding and any other grants to the University. Brower will face the juggernaut of pressure not just from the drug company but from his university as well. 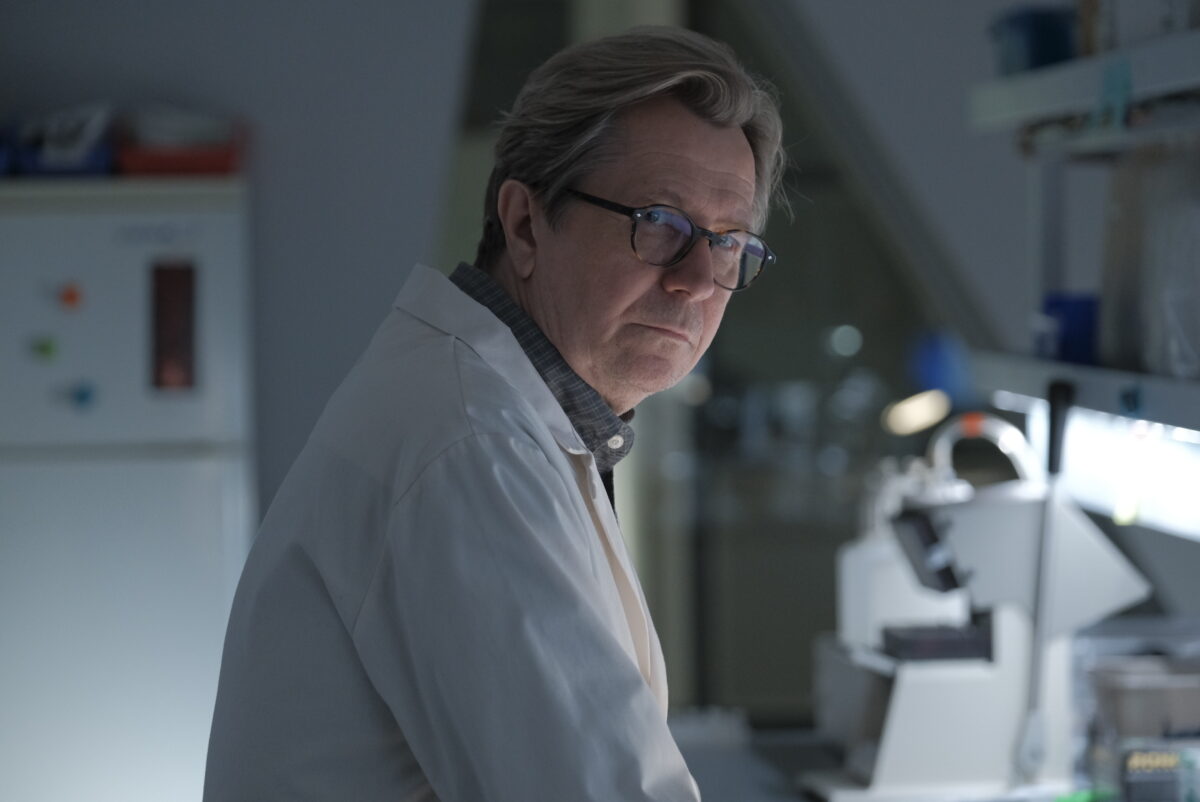 The acting in “Crisis” is good, for the most part, and most weaknesses have a direct relation to the writing. Gary [first time u mention him] Oldman, an always reliable actor, is never given the opportunity to dig into his character— a scientist who has taken all his funding from a drug company looking for specific answers that help them. That he should appear disingenuous and surprised that there was always a quid pro quo is the very definition of disingenuous. Greg Kinnear as the University president is never very believable. Veronica Ferres as the CEO of the drug company is an overt villain. You know her even though she wears designer clothes and doesn’t don a black hat. She is, however, quite chilling and effective. Lost with nothing to do, and that is a damn shame, is Indira Varma as Brower’s wife. It’s lovely to see her on screen but this is one of the great actors of her generation and deserved better than the perfunctory “I’m on your side, honey” role.

Armie Hammer, ick factor aside, is fine in a role that called for more. His sheer physical beauty plays against his tough-as-nails gritty undercover DEA agent.

This brings us to Evangeline Lilly as Claire. Very little in her Marvel-comic filmography would lead one to believe she would be as effective as she is. The fairest of them all, Lilly transcends her role and brings real angst, sorrow, and anger to her role as a mother trying to uncover the truth about her son. She, more than anyone else in this film, conveys a depth of feeling that draws you in, so much so that you will follow her anywhere no matter how implausible the situation. For my money, she was the star of this film.

As critical as some of these comments may be, this is still a film worth seeing. It raises issues that we should all be thinking about. If it falls down, it is only because of its better antecedents. By hueing so closely to the structure of “Traffic,” Jarecki brought about an unfavorable comparison.