Ignite the fire inside of you with these explosive Slots! 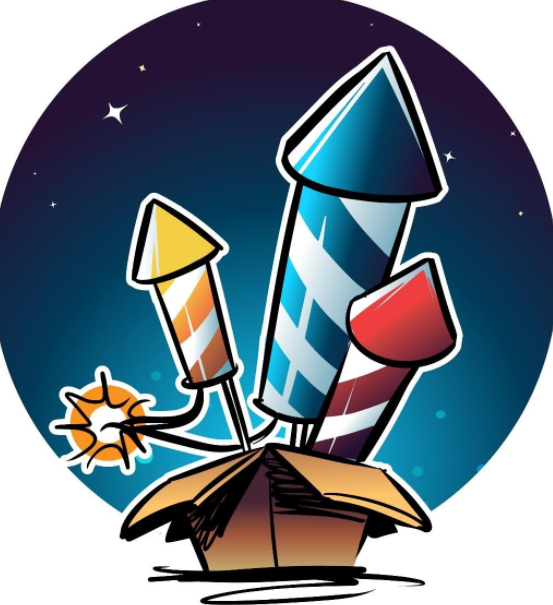 These slot games are designed to give you the thrill of the spinning reels and provide you with some explosive features. As winning combinations can erupt onto your screen, and you get to shoot your shot at unlocking bonus games and free spins – these sparkling games are sure to ignite the fire inside you, helping you to try and boost your bankroll, with a bang!

First up we’re going to board the pirate ship and join the battle between enemy ships, in the attempt to claim some gold! With five reels and four rows, this pirate-themed slot game features symbols that represent everything you need to be the best pirate you can. From weapons, flags, a map, telescope, crewmates and more making up the game’s base playing symbols.

The two special symbols are the cannon scatter symbol and a wild cannonball, triggering the explosive action as you sail across the seven seas. On the horizon, you’ll see the potential to loot a maximum of up to 14,827x your wager, and with 1024 different paylines, you’ll be saying “ahoy” to the chances to win in no time!

On top of sliding cannonball wilds, bonus features and increasing multipliers, this game also comprises a Slot Slider, where you can either play in Slide Spin mode, with the reels spinning from left to right, or in Top Spin mode, where the reels will spin from top to bottom! What are you waiting for? Load up that cannon and shoot for a win!

Gold Volcano is another explosive slot that offers an eruption of winning paylines. The powerful eight-reels completely reshape the format of traditional slot games, and this layout is only available to play at an online casino. The key to winning is to land ‘clusters’ of at least four matching symbols either horizontally or vertically on the reels. The game features an abundance of modifiers, with shuffled symbols, additional wilds, wild multipliers and an Eruption bonus giving you additional free games on an eight-by-eight grid.

Precious, colourful gems are the most valuable symbols to erupt from this volcano, with the golden gem offering payouts of up to 1000x your initial bet, should you uncover 30 or more of these on the reels. From just 0.20 credits, you will have the chance to win a 10,000-maximum jackpot, unlock at least five free games, and even trigger additional bonus features. These include The Dormant feature – shuffling symbols into new positions on the reels, altering the layout, or adding up to five new wilds. The Pressure bonus feature can be triggered after a win, granting special wild multipliers, and The Crystallisation meter beside the reels will be filling up with every scatter symbol that erupts onto the reels. Six of these will trigger five free games during The Eruption bonus!

This five-reel spectacle offers 25 paylines and free spins features that can grant you an incredible 400 free spins per game. The maximum jackpot is set at 3,000 times your initial bet and against a backdrop of a dark, starry sky, you’ll get to witness many colourful fireworks as they explode onto the reels. The lower-value icons are represented by playing card symbols A to nine, animated in the style of fireworks. Blue and pink fireworks can shower 1,000 coins down into your bankroll, and yellow fireworks can fill the night with a whopping 2,000. The highest paying symbol, paying out 3,000 coins, is a rocket. Five of these in a row will grant you with the maximum payout from this explosive slot.

The game’s wild is represented by a Catherine wheel, spinning onto the reels. These can appear on reels one, three and five, replacing all other icons except from the scatter symbol. A Catherine wheel won’t stop spinning there though, as any winning combination that includes one of these firecrackers will triple your prize win! The scatter symbol is a red firecracker. Three or more of these will create a beautiful display of 300x your stake, and grant you access to the Free Games feature. During this, you’ll receive between 15 and 25 free spins, and if a Catherine wheel wild joins the party, all of it’s reel will turn wild, allowing space for additional firecrackers to land – giving you the potential to unlock up to 400 free spins!