Laker trainer Vitti recalls on court and off court Kobe 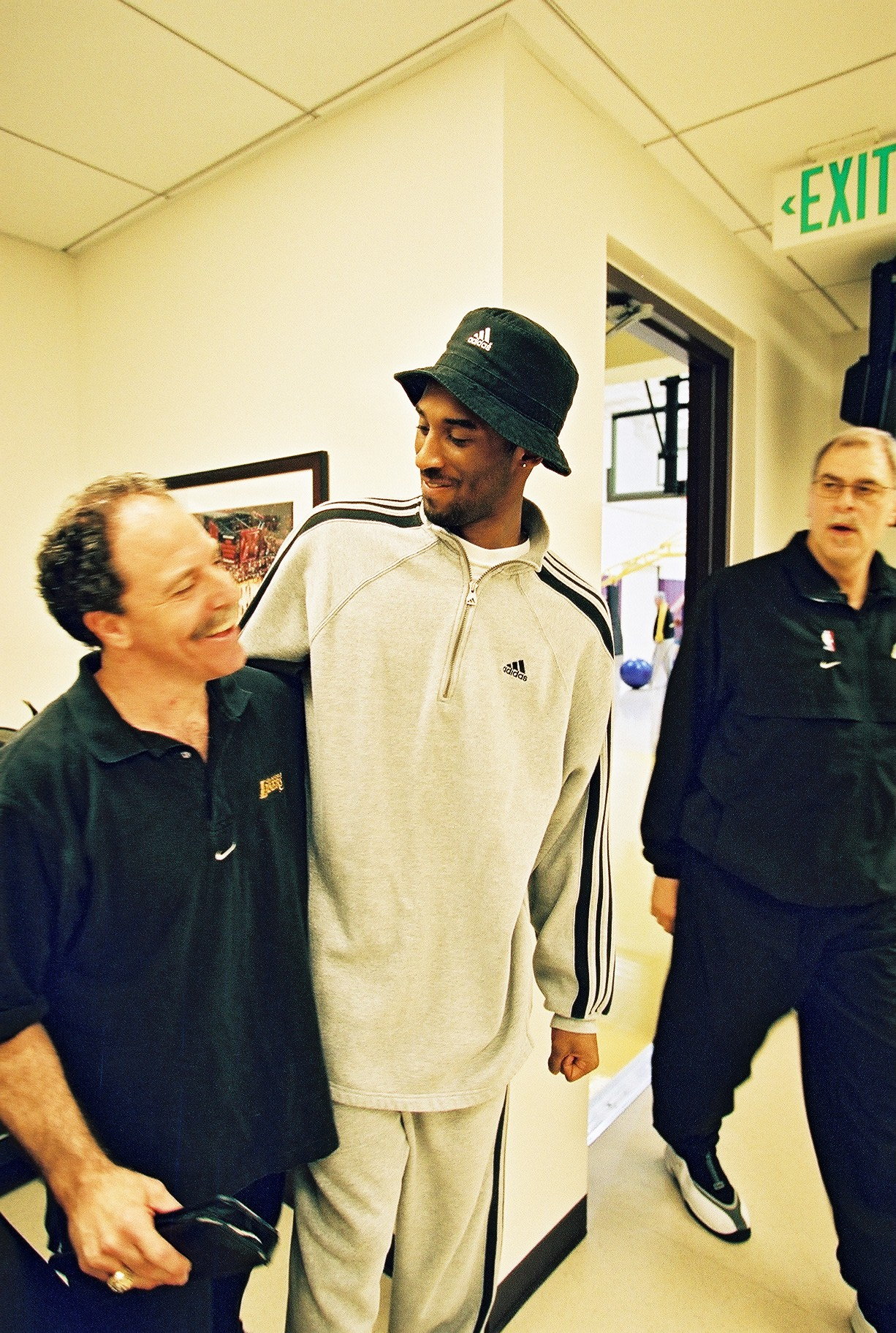 No one knew Laker legend Kobe Bryant’s body and soul, his heart and mind, his methods and motivations better than 35-year Manhattan Beach resident Gary Vitti. Vitti served as the Los Angeles Lakers head athletic trainer for 32 years, including all 20 years of Kobe’s professional career.

“I’m probably the only person on the planet who saw every single game that he played as a Laker,” a heart-broken Vitti told the Easy Reader Wednesday morning as he took a break from an endless round of interviews with national and global media outlets. “The joke between us when we both retired in 2016 was that I watched him grow up and he watched me grow old.”

Kobe was only 17 years old when he was drafted by the Charlotte Hornets out of Lower Merion High School, in a suburb of Philadelphia, in 1996 and quickly traded to the Lakers. He was the youngest player ever drafted by the NBA.

“Kobe was a minor when he came to us,” Vitti recalled. “If I wanted to give him an Advil I had to call his mother.”

It was a challenge Vitti and the Lakers had never faced before.

“There was no game plan, no template on how you introduce a 17 year-old kid to pro sports,” Vitti said. “We figured it out together. But I can tell you it wasn’t all fun and games. He had a lot of rough edges at the time.”

Over the course of their 20 years together, Vitti came to understand that there were two basic and distinct Kobes. The one the public saw was the self-proclaimed Black Mamba, a ruthless competitor on the court, who demanded the same level of effort, dedication and focus from his teammates and coaches that he demanded of himself.

“I knew and respected and worked with the Black Mamba, which I thought of as his alter-ego,” Vitti said. “But I loved Kobe the off-court person.”

Black Mamba was so tough-minded and strong-willed, Vitti recalled, that early in his career Kobe had himself water-boarded just to prove his mental toughness.

“He was hanging out with some Navy Seals at the time, and they used to water-board themselves for fun,” he said. “So he got them to waterboard him too.”

But Kobe didn’t need to water-board himself to prove his courage and toughness to Vitti. He saw Kobe play through fractured fingers, sprained ankles, bad knees, separated shoulders and other injuries that would have knocked mere mortals out of action for weeks or months.

But one injury even Kobe couldn’t play through was the ruptured Achilles tendon he suffered near the end of the 2012-13 season while the Lakers were making a push for the playoffs.

“After he got fouled and something happened, I go out there to see what’s wrong but I pretty much knew what it was already,” Vitti said. “Kobe told me he tried to reach back and pull his tendon back down, but I told him that’s not how it works. Then he asked me if I could tape it up so he could keep playing and I told him that wouldn’t work either.”

Under NBA rules, if a player is unable to shoot his foul shots, the opposing coach gets to pick another  player to shoot the shots. Of course they always pick the worst shooter on the team. So Kobe forced himself to stay in and hit the two foul shots, the Lakers fouled to get a dead ball, and Kobe shuffled off the court trying to hide his pain – Black Mamba all the way to the locker room.

“He walked off stoically, but in the locker room he became very emotional as he realized what had happened to him,” Vitti recalled. “But when his wife Vanessa and his little girls walked in he stopped because he didn’t want those girls to see their father that way.  That was Kobe the human being.”

And that was the man Vitti came to love.

“By the end of our careers there was a heartfelt love and respect between us,” he said. “We got along famously and became very close.” 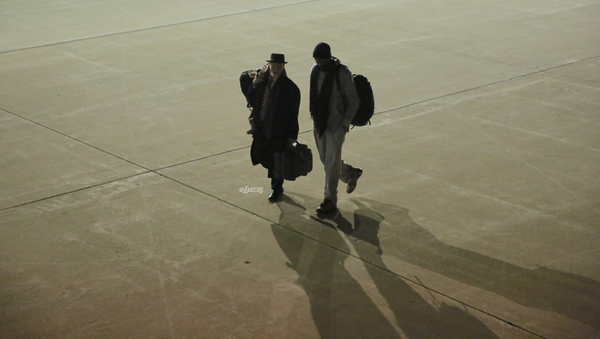 Vitti has had a tough time processing the stark reality that Kobe is really gone and he will never again be in contact with the player he helped transform from a boy to a man.

“His death is a tragedy almost beyond comprehension. And it’s exponential in nature: we didn’t just lose Kobe, we lost his daughter Gianna, and we lost other parents and children who were on that helicopter,” he said. “This has affected so many people, and it will ripple out for such a long time. It’s devastating.”

The off-court Kobe whom Vitti came to know and love was part of their last communication a few weeks ago.

“When Kobe dealt with kids he was the softest, most beautiful, warm hearted guy you could imagine,” he said. “So I wasn’t surprised when he sent me a video of Gigi shooting a patented Kobe Bryant step-back jumper. The text under it said “Anything in this look familiar?” 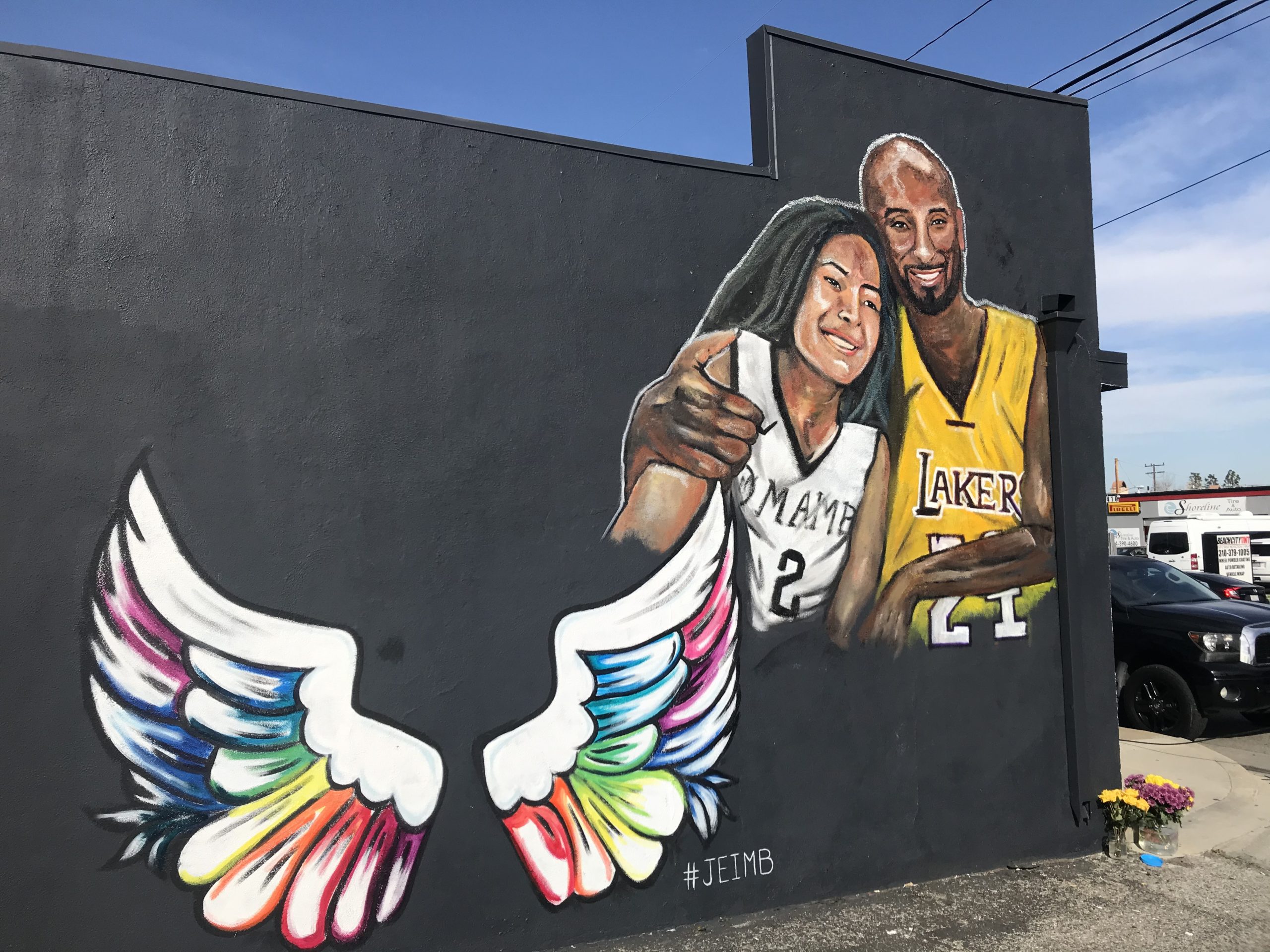 A mural of Kobe and Gianna Bryant, painted by Randall Willias and Stacy Nalapraya, on the wall of Manhattan Beach’s JEI Learning Center. The mural, commissioned by Leia and Anthony Joaquin, will feature tributes to the seven other people who also died in Bryant’s Jan. 26 helicopter crash. Photo by David Mendez