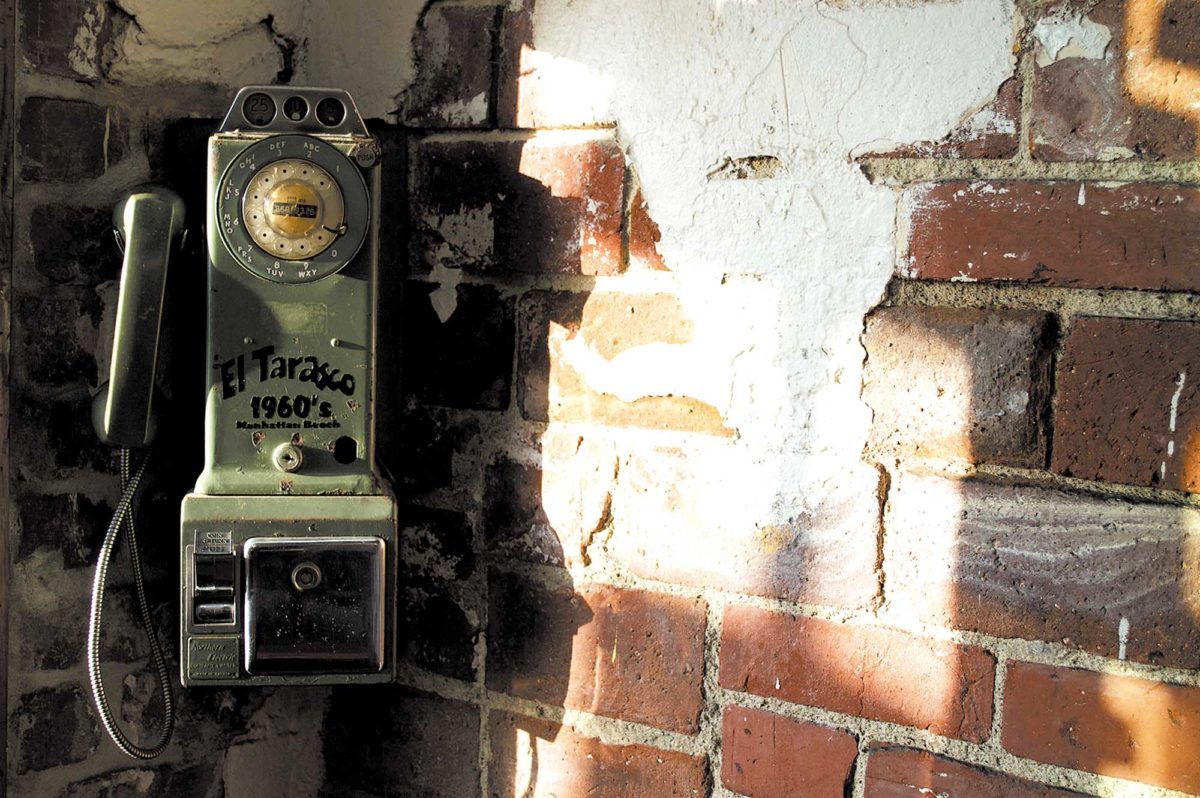 The corner payphone was once used for calling in take-out orders.

Story and photos by Sarah Plenge

The story of El Tarasco can be found on the back of its menu, whose recipes were created by Celia Palomo when she and husband Moises opened the Rosecrans Avenue restaurant in 1969, two blocks up from the beach in El Porto.

Their daughter added the Junior Deluxe Burrito in 1970, but other than that the menu hasn’t changed, and neither has much else, except for the ever-growing number of local stickers on the windows, and the internationally famous “money wall,” 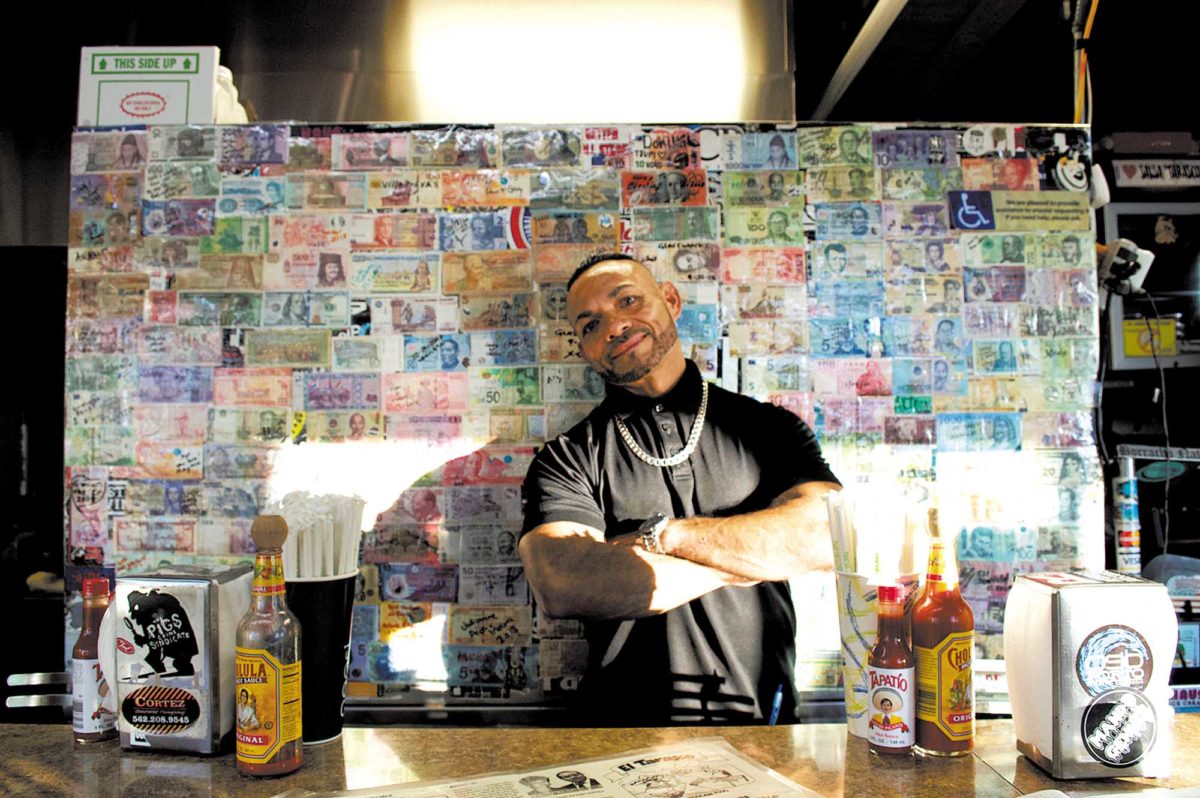 Manny has managed the original El Tarasco since 1989.

Manny, the manager since 1989, said visitors from around the world sign their names to their native currency and stick the bills to the wall. On their return, they always look to see if the bills are still there.

A green payphone customers once dialed for takeout orders hangs quietly in a corner near the front door. The smells of Cholula and freshly made tortilla chips draw in surfers needing to warm up in the winter and cool off in summer. Mid mornings in July, the dozen red, steel counter stools fill up with junior lifeguards in dripping blue swimsuits waiting for their parents to pick them up.

Celia and Moises son Ricardo has opened another 11 El Tarascos in Southern California and one in his parents’ home state of Michoacan. Tarasco is the native name of the Michoacan Indians. But at least for locals, there is only one El Tarasco.