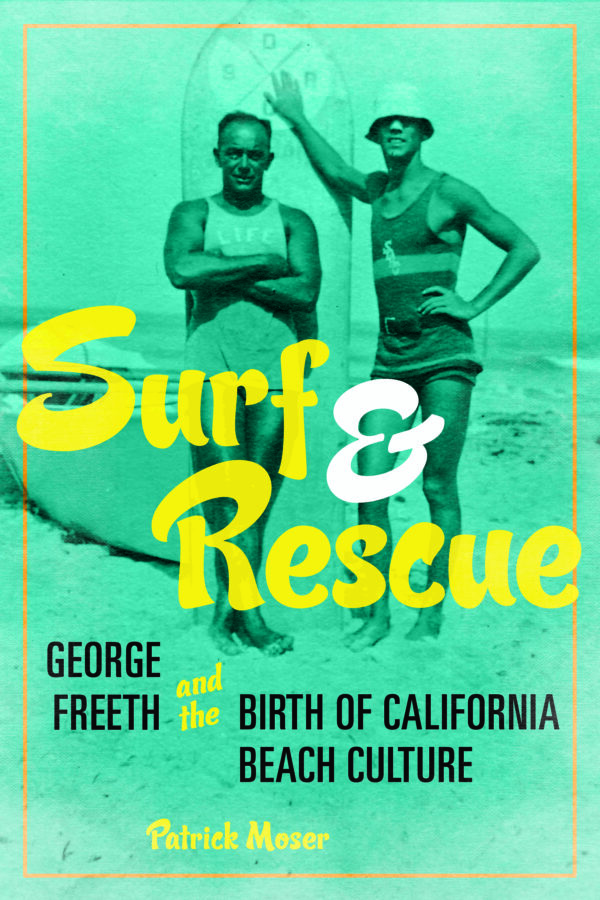 “Surf & Rescue: George Freeth and the Birth of the California Beach Culture” (University of Illinois Press) was published June 28.

Hundreds of people pass by his bronze bust each day on the Redondo Beach Pier.

George Freeth now gets a further introduction, in a new book that documents his influential years in the South Bay of the early 1900s.

With mixed Hawaiian and white parentage, Freeth was the son of a man who was hired to measure the depth of channels between the Hawaiian islands for placement of telephone wires.

Freeth senior was also the superintendent of guano mining (bird droppings for fertilizer) on the island of Laysan for four years, where George spent part of his boyhood.

When he grew up, he came to Redondo Beach.

“Was George Freeth the first surfer in California? No. Was he the first lifeguard? No,” said author Patrick Moser. “He combined those two activities and made the foundation of California beach culture.”

“Surf & Rescue: George Freeth and the Birth of the California Beach Culture” (University of Illinois Press) was published June 28.

In 1912, as a Redondo Beach lifeguard, Freeth innovated the use of a motorcycle to minimize the time it took to run down the beach, carrying a pulmotor — a cable tied to a lifeguard swimming out to a victim. Once the person in danger was secured, a lifeguard on shore could reel them both in. 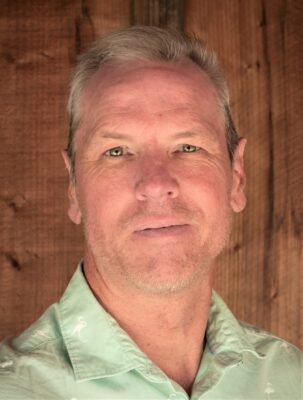 Author Patrick Moser, a writing professor at Drury University, moved to Hermosa Beach when he was 18 to “live the surfer’s life.” Photo courtesy Patrick Moser.

Freeth and others raised the money to buy the motorcycle at a Redondo bathhouse exhibition (swimming and diving).

Freeth was brought to Redondo Beach in 1907 by industrialist Henry Huntington to demonstrate surfing for visitors to the Redondo Plunge.

Freeth required lifeguards to learn to surf, to teach them about waves and currents, and keep them in shape. He taught swimming up and down the south coast and started California’s first surf club.

At the time Freeth came here, few people knew how to swim, and those who did, understood little about waves and tides. (A migration was underway from the midwest spurred by railroad companies).

“He starts that process of educating people,” Moser said.

Many of those lessons were in the heated saltwater of the vast Redondo bathhouse (“Plunge”).

On to the page

Moser started writing the Freeth book in 2018, after first trying to write a novel about him.

“I had a lot of questions I wanted answers to,” Moser said.

So he began searching newspaper articles, and building a timeline.

“I was just amazed at the impact one person can have on the culture, on the beach,” said Moser. “A Johnny Appleseed character sowing the seeds of California beach culture.”

Moser, a professor of writing at Drury University in Springfield, Missouri, moved to Manhattan Beach at age 17, then Hermosa Beach a year later and “lived the surfer life.”

He went to Cal-Berkeley to double major in English and French.

After that, his wife got an academic job in Missouri, where the couple moved.

“It made me write more about surfing,” he said of setting up in Missouri. “If I had stayed, I probably would have surfed more, and wrote less.”

Moser submitted his “Surf & Rescue” manuscript to three university presses. Illinois responded first, beginning a year-and-a-half process in which other academics and historians in the subject vetted the manuscript.

Patrick Moser will discuss “Surf and Rescue: George Freeth and the Birth of California Beach Culture” at the Redondo Beach Main Library on Saturday, July 16 from 11 a.m.-12:30 p.m. in the second floor meeting room. Copies of the book will be available for purchases. The library address is 303 N. Pacific Coast Highway, Redondo Beach. ER