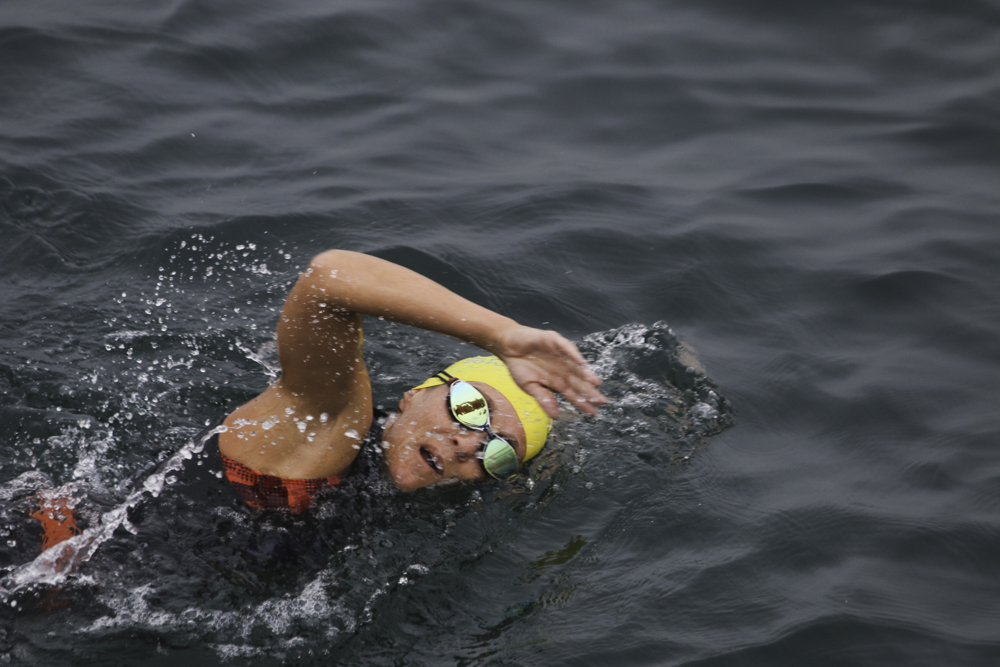 Sunday at 9 a.m., as Gary Crum has done on the first Sunday of every August for the past decade, the retired Los Angeles County Lifeguard Section Chief fired the starting gun for the Two Mile Hermosa Beach Pier to Manhattan Beach Pier swim. Also on Sunday, as he has done for the past four consecutive years, audiologist Brian Bullock won the pier to pier swim.

Following the swim, approximately 50 paddlers, on stand-ups, prone boards and surfboards, raced in the opposite direction, from the Manhattan Beach pier to the Hermosa Beach pier. They were keeping alive the Surf Festival Velzy-Stevens Pier to Pier Paddleboard Race tradition. The official race was also cancelled because of the pandemic.