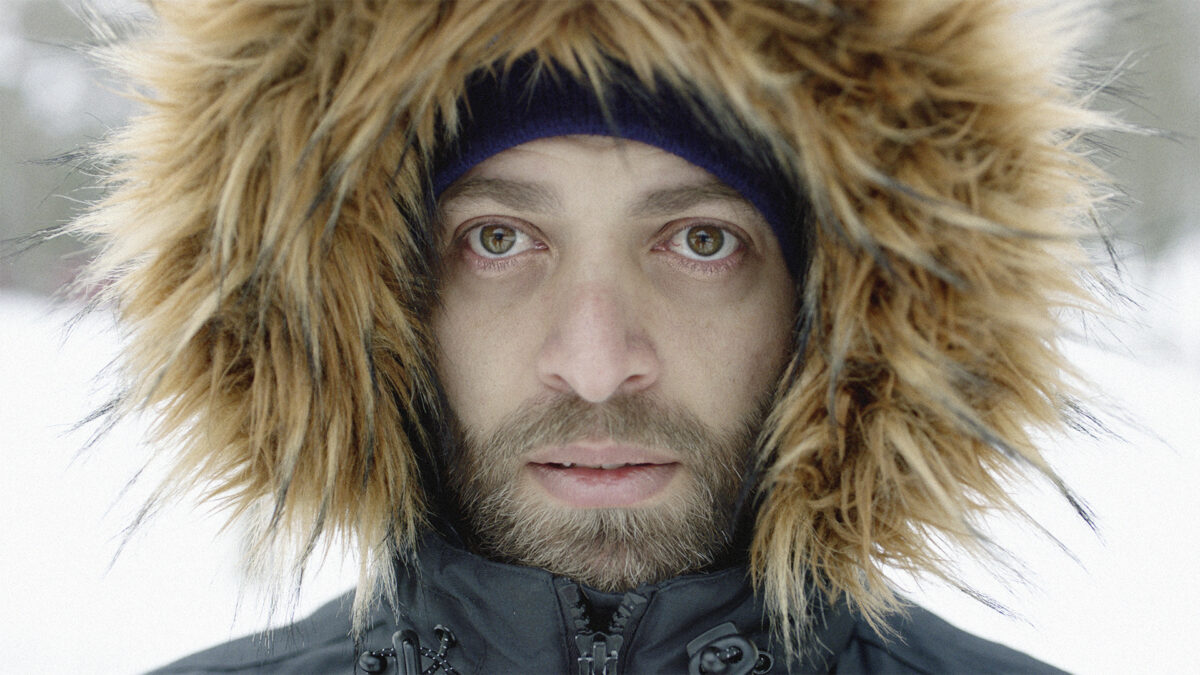 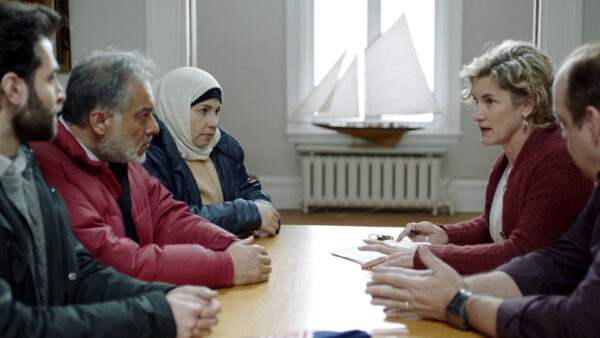 Interred in a Lebanese refugee camp, Syrian refugee Tareq is granted asylum in Canada. Greeted at the airport by quintessential upbeat smiling Canadians, Frank and Heather, they come bearing gifts, well, one in any case — a super heavy-duty hooded ski parka for the super heavy-duty winter that awaits the young man from the desert. Driving to his new home, the tiny town of Antigonish is a far cry from the Toronto Tareq thought he’d be getting. Trying to make lemonade out of the lemons he’s been handed, he works hard to get the rest of his family transferred to him. Father Issam and mother Shahnaz soon follow but his sister Alaa is still stuck in the camp with her daughter with no visa on the horizon.

Tareq’s dream was to attend medical school and he’s fulfilled the coursework necessary, except that his foreign transcript doesn’t translate, either in language or equivalencies. He is, however, determined to overcome this obstacle and, at the same time, help his father find work, a difficulty compounded by his father’s complete lack of English.

But there is one thing Issam can do. In Syria he owned a factory that produced chocolates that were sought after throughout the world. Chocolate is what he knows; chocolate is what he loves. Soon, with the help of town father Frank, he is making bon bons in his kitchen and selling them at the local church. They are a big hit and expansion is on the horizon when Frank and a few other town leaders build him a small shack that becomes his new Canadian factory.

Tareq, however, has not given up on his dream of medical school despite the odds against him and the multitudinous rejections from schools around the country. Issam, head of the family, is completely against Tareq’s plans. Tareq’s duty is to family, to his father above all, and he will not hear of anything that pulls him from the family business. This is a tug of war between the new and the traditional. 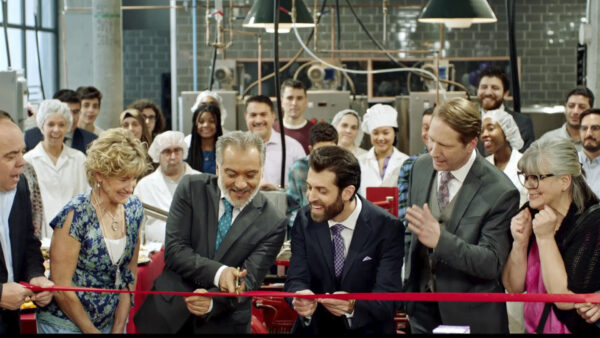 The story of the chocolate factory called Peace by Chocolate with the subheading of “one peace won’t hurt ” made national headlines as it grew larger, employing others, and encouraging the settlement of other Syrian refugees in Antigonish. The film concentrates on the family conflicts that were inherent when the son’s dream had to be subverted to the will and needs of the father.

Director Jonathan Keijser, working from a script by Abdul Malik and Keijser, tells this true story of the Hadhad family. Illustrating the difficulties entailed in adjusting to a new culture while also trying to maintain the old, Keijser runs into some problems. Issam, the father, while charming, is unwilling to adjust to his son’s needs and refuses to learn the English necessary to work with those around him. Tareq is forced to give up his dreams and is extremely resentful. Keijser, in boiling down the conflict and simplifying the complexities of the family situation has created characters without the necessary depth. The result is that both Tareq and Issam are unsympathetic; the viewer is left without a viable rooting interest despite the challenges to be overcome. Too many of the episodes within the conflicts are simplistic and cliched. This is not to say that they didn’t happen that way, just that they are portrayed in a formulaic manner.

“Peace by Chocolate” is a charming movie that could have been more. The story is certainly worth telling and is quite well known in Canada where the family’s success was singled out by Trudeau himself. The initial scene of Tareq arriving at the Halifax airport, greeted by stereotypic, friendly, solicitous Canadians, the kind who apologize even when they’re not to blame, punctuating each sentence with an “eh,” made one hope for a better film.

This is not a bad film. It is a pleasant way to spend 90 minutes or so. It’s just that it could have been more. Not everyone in the town was pro-immmigrant but those conflicts were glossed over. Their Canadian benefactor, Frank, could have been better explored, especially when he stopped helping the Hadhads, not for ill, but just somewhat inexplicably.

The acting was strong enough to overcome many of the film’s deficiencies, especially when one considers that most of the actors seem to have been chosen for their visual similarities to their real-life counterparts. Ayham Abou Ammar, a newcomer, was Tareq and was suitably sincere, if a bit one-note. Hatem Ali, who recently passed away and to whom the film was dedicated, was Issam. A seasoned Palestinian actor and director, he illustrated the difficulties of adjusting from a person of importance to one of reduced circumstances. Vulnerability was present; sympathy was not. Mark Camacho as Frank was successful in turning what could have been the perfunctory role of a do-gooder into something more.

Keijser did a good job of connecting the dots of the journey from Syrian refugee to Canadian entrepreneur but forgot to explore the pot holes.

In English and Arabic with English subtitles.

Opening Friday, April 29 at the Laemmle Monica and On Demand June 10.