Playing with the boys, and girls 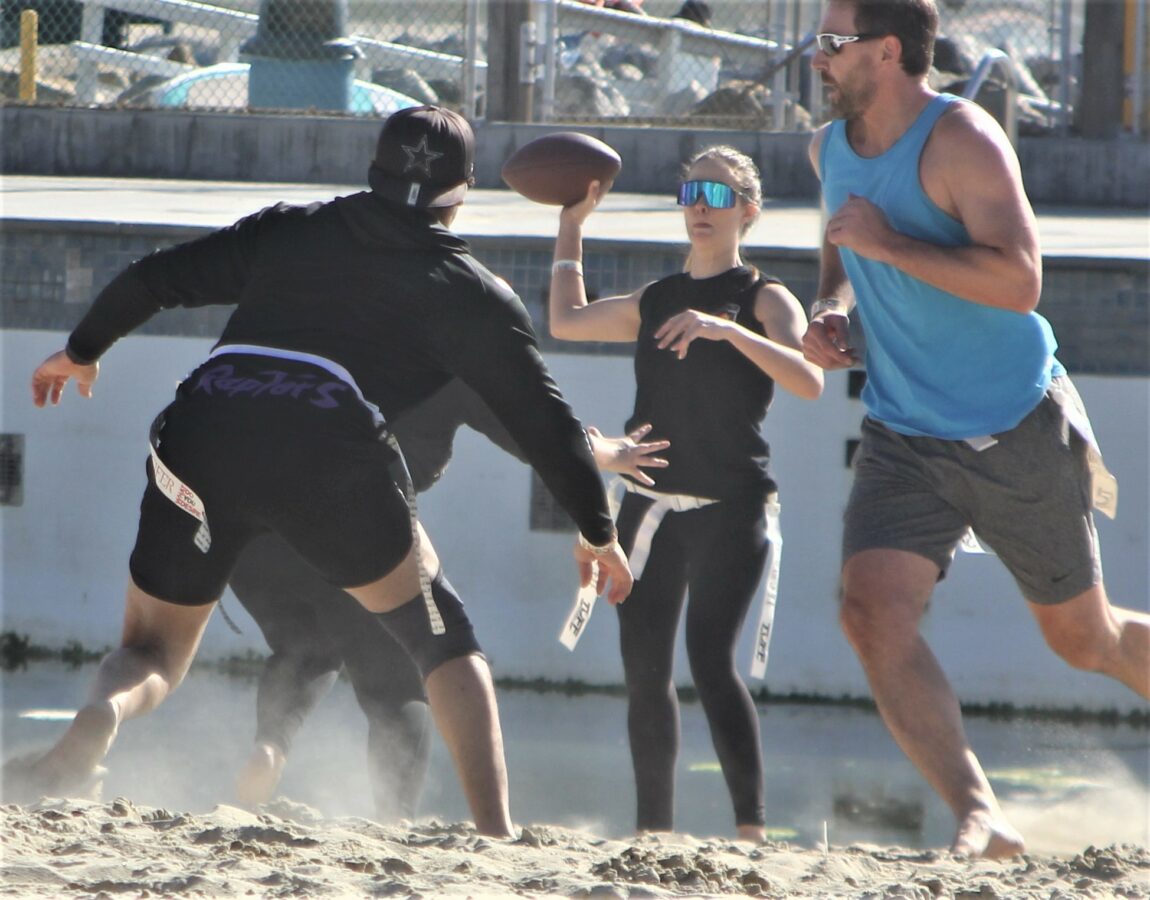 A total of 12 teams participated in 5-on-5 flag football, each game timed at 30 minutes. Winners were the Young Gravies, from Redondo Beach. Game rules required each team to have one female on the field at all times, as well as regulated turns at quarterback.

The Young Gravies received the “Golden Turkey” trophy, a turkey feast that afternoon, $1,000 donation to Surfrider Foundation in their name, and tickets to the next Beachlife Festival concert in May. Photo by Garth Meyer.ER