The tide comes in, the tide goes out “The Last Ship,” with Sting, is at the Ahmanson by Bondo Wyszpolski Sting is the tugboat that pulls “The Last Ship” into the mainstream of musical theater, and even then it’s questionable whether this mighty endeavor is truly seaworthy. But afloat it is, through Feb. 16 at […]

Tempted by one of Motown’s legends…

The Ups and Downs of the Motown Legends “Ain’t Too Proud to Beg–The Life and Times of the Temptations” (a review) by Bondo Wyszpolski All the ingredients are here: The memorable songs, the singing, and the choreography. During the mid- and latter-1960s, soul music (the Detroit sound, etc.) was everywhere, up and down the charts, […]

“Something Rotten!” – a final whiff by Bondo Wyszpolski You need lemons to make lemonade, but you don’t need water to make a splash–or a splashy musical, which is what brothers Wayne and Karey Kirkpatrick did when they conceived and then wrote music and lyrics for “Something Rotten!”, which is playing out its run at […]

A “Bright Star” lights up the Ahmanson

Lighting up the Sky “Bright Star” at the Ahmanson, a review by Bondo Wyszpolski How often do you read a review of a show where the first thing a writer tells you is that it’s contrived, predictable, melodramatic and rather implausible, and then adds that’s it’s captivating and entertaining and that you should go and […]

Sparkling “Red Shoes” at the Ahmanson

Actions Speak Louder Than Words Matthew Bourne gives “The Red Shoes” the silent treatment by Bondo Wyszpolski There is no one else quite like choreographer Matthew Bourne, and the Ahmanson Theatre, first under Gordon Davidson and then Michael Ritchie, has been presenting his work on a near-regular basis since his astonishing all-male “Swan Lake” in […]

Four Seasons music bio is one for the ages 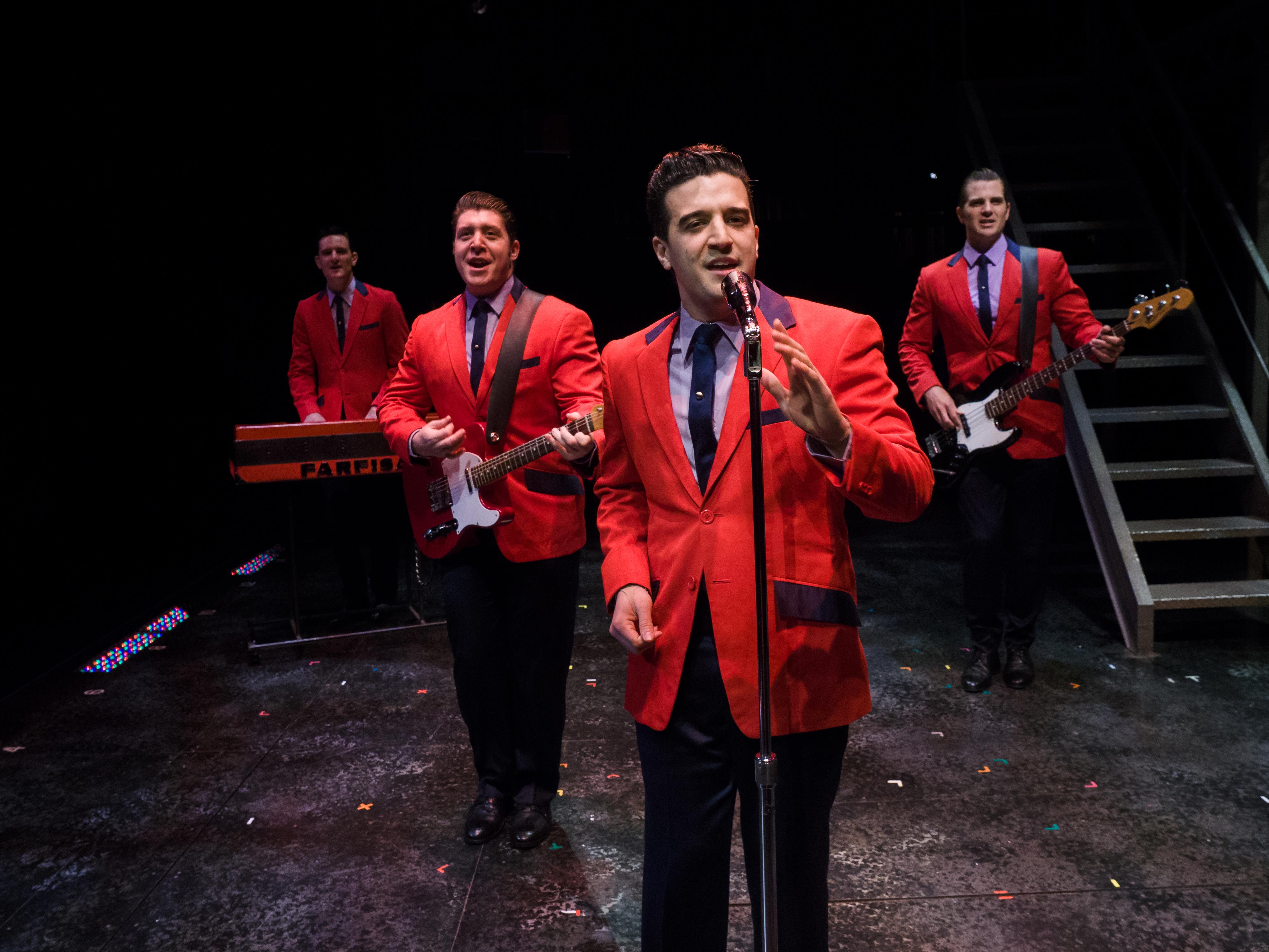 Always in Season “Jersey Boys” – a review by Bondo Wyszpolski It’s been lighting up the Ahmanson Theatre for a few weeks, but for anyone who’s never seen “Jersey Boys” time is growing short in order to experience one of the deservedly successful musicals of this century. It’s the story of an East Coast pop […]

Amélie, from screen to stage

“Amélie: A New Musical” – a review by Bondo Wyszpolski Many of us enjoyed the 2001 French film “Amélie” that starred Audrey Tautou. The picture is charming and sweet, and years later Craig Lucas (book), Daniel Messé (composer, co-lyricist), and Nathan Tysen (co-lyricist) thought they could turn it into an equally charming musical. Well, they’ve […]

“A Gentleman’s Guide to Love & Murder” – going once, going twice by Bondo Wyszpolski In case you haven’t gotten around to seeing (nay, experiencing!) one of the most delightful musicals of the past few years, let me make my way into the belfry so I can toll the bells that say: Last call! “A […]