Former Councilman Don Szerlip was arrested last Wednesday night on suspicion of spousal abuse. According to police reports, officers responded to an undisclosed location at 9:50 p.m. after receiving a phone call regarding a fight between a husband and a wife. They arrived to find Cindy Szerlip injured, and her husband, Don Szerlip, no longer […]

A property deal that would have involved a land swap between the city and the school district has fallen apart.

As a result, the district may lose out on lease revenue equal to the salaries of 16 teachers and the city must seek a new location for the police station it hopes to build.

Both sides attribute the collapse, in part, to the district’s properties being substantially devalued because of Measure DD’s passage two years ago, an argument dismissed by the slow growth initiative’s leader.

Trash collectors made a grisly discovery last week when a deceased newborn infant was found inside a trash can on the 700 block of Irena Avenue. A subsequent police investigation led to the arrest of a 24-year-old former Redondo Beach resident, Jessie Canfield, who was arrested under suspicion of murder. The Los Angeles District Attorney’s […]

The Redondo Beach Board of Education Tuesday night moved to lay off as as many as 24 elementary school teachers and eliminate eight other positions, including three high school teachers, a principal and an assistant principal. In a unanimous vote, the board approved a recommendation authorizing that layoff notices be sent to teachers by March […]

A group of residents who petitioned the city to relax its prohibition on dogs in parks by allowing leashed dogs in Czuleger Park were denied by the City Council in a 3-2 vote Tuesday night.

A team from King’s Harbor Church visited Haiti last week on a mission aimed at providing help, healing, and hope.

Mayor Mike Gin, in his annual State of the City address this week, tried to strike an optimistic tone while acknowledging the difficulties presented by the economic recession. “I don’t think any of us will disagree,” the mayor said, “that the last year was an extraordinary year.”

by Mark McDermott In July of last year, United State Attorney General Eric Holder began what amounted to a victory tour of various law enforcement agencies who’d been helped by the stimulus money his department had awarded. The goal of the American Recovery and Reinvestment Act had been to put people back to work, and […]

School board looks for money

by Mark McDermott The hunt has begun. The Redondo Beach Unified School District leaders over the next two months face an impossible task as they prepare for another round of state education cuts: trimming an estimated $3.6 million from the district budget in a way that doesn’t damage the education delivered to its students. At […] 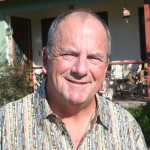 Councilman Steve Aspel has been diagnosed with cancer. But he believes his life may have been saved due to his quest for his “recreational blue pills.”

A former Redondo Beach Police Department sergeant last week pleaded guilty to embezzling from the police union and the department itself.

The elimination of summer school at most grade levels, increased class sizes, and the departure of as many as 70 experienced teachers are among the options the school district is considering as a means of balancing a budget diminished by repeated state education funding cuts.