Three possibilities shape up for education at Redondo’s King Harbor 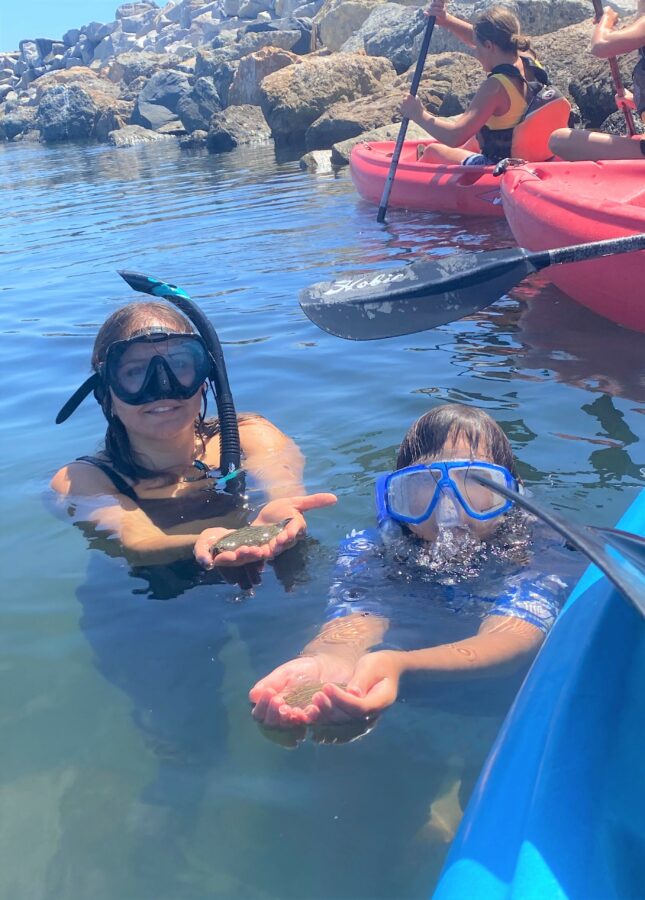 A plan to add an educational piece to King Harbor amenities moved ahead last week with presentations by two more organizations who want to be part of it.

Each spoke to the Harbor Commission May 9.

Waterfront Education, founded in the harbor in 2012, now works out of a back bungalow of the closed Sea Lab building. California State University – Long Beach’s Shark Lab operates on campus, as well as its traveling “Shark Shack” tents at functions along the coast. In April, the Commission heard from a Carlsbad man with a plan to build a learning complex with an aquaponic garden.

That makes three non-profits interested in setting something up on the waterfront. The Harbor Commission formed a subcommittee May 9 to help navigate this.

Dr. Chris Lowe, director of the Shark Lab, spoke to the commission about creating an informational center about the science of white sharks.

The man from Carlsbad, Thomas Grimm, owns Carlsbad AquaFarm, an oysters and mussels business near San Diego. His concept for Redondo Beach is known as “Ocean Encounters.”

“I like all three ideas,” said Roger Carlson, Harbor Commission president, who volunteers with the Shark Lab.

The Redondo Beach City Council has also shown interest in an educational feature on the waterfront, establishing an opportunity at the site of Joe’s Crab Shack.
The city, which owns the building, made a $750,000 deal in 2019 with the restaurant’s parent company for the right to take over the spot on 60 days’ notice.

The water-facing building – or something new built on the site – is considered an ideal place for teaching about, and on, the ocean.

“Potentially all three (of the non-profits) could work out of the building, or even more,” Carlson said, noting it could mean different rooms in the same facility or all in one, working together. “The city has to figure out what it looks like and offer these things an address.”

Indeed, City Manager Mike Witzansky has been in talks with Grimm of Carlsbad AquaFarm about how his plan might come to be.

One thing to determine is, as Carlson said, “If there is a business case for any of these non-profits.”

As the question lingers of whether a new building might be built at the site of the Crab Shack, in the near-term, a program such as Julie Coll’s Waterfront Education could move into the restaurant building – if the city decides to evict.

“They could move in as soon as possible,” said Carlson.

Another spot for Coll’s classes, at least those that are indoor, may be the former Gold’s Gym, across from Captain Kidd’s.

Talks are underway now with the building owners.

“The critical thing for us is we need water access,” Coll said. “It doesn’t work to drag kayaks across the parking lot.”

The non-profit group, expected to serve 1,500 students this year, may soon lose its Sea Lab bungalow as the Redondo Beach Fire Department requires restoration of the sprinkler system in the concrete building. The future of the building itself, part of the AES plant, is also unknown since the plant is expected to be dismantled.

She noted to the Harbor Commission May 9 that interest in Waterfront Education’s programs doubled during the pandemic.

The main subjects the program teaches are marine science and conservation, using rented sailboats, a fleet of kayaks and stand-up paddleboards it owns – and are allowed to keep at King Harbor Yacht Club. The Sea Lab donated the 12 kayaks.

The operation has just expanded to book a date in Los Alamitos in June for 80 seventh-graders from an Orange County private school. The event is to include kayaking, beach learning stations such as for making anemometers (which measure wind), learning about trash in the oceans and a beach clean-up.

Waterfront Education is listed by the State of California as an enrichment provider for charter schools, for which the schools may spend part of their $2,500 per year enrichment money.

With its 8-10 employees, Waterfront Education’s most popular class is “Coastal Survivor”, which teaches students on the Palos Verdes peninsula knife skills, foraging, shelter-building, how to build a fire and more.

“When you’re out in nature your senses are engaged,” said Coll. ER