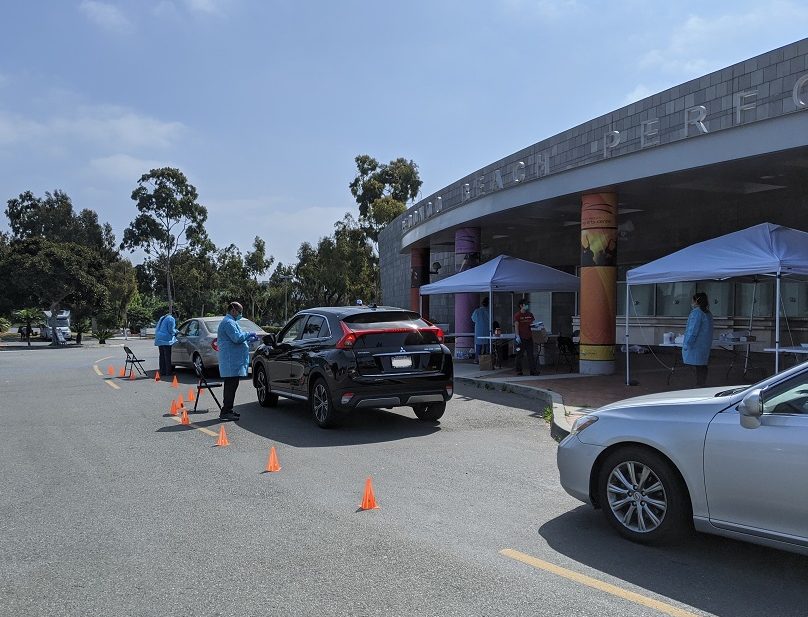 Drivers line up in their cars for COVID-19 antibody testing Saturday, May 9 at the Redondo Beach Performing Arts Center. The research is being conducted by USC and the L.A. County Dept. of Public Health. (Photo courtesy of BCHD) 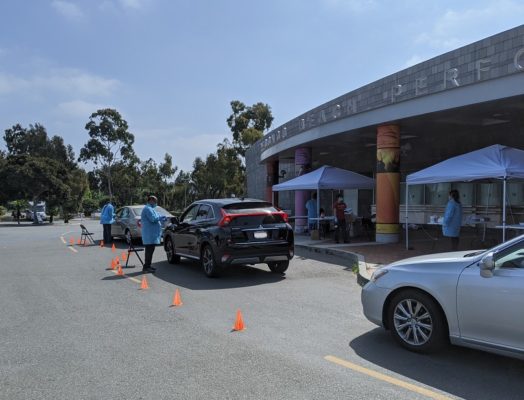 Drivers line up in their cars for COVID-19 antibody testing Saturday, May 9 at the Redondo Beach Performing Arts Center. The research is being conducted by USC and the L.A. County Dept. of Public Health. (Photo courtesy of BCHD)

The Redondo Beach Performing Arts Center served as a test site for a team from the Keck School of Medicine at USC and L.A. County public health officials, who conducted drive-thru antibody testing this past Friday and Saturday as part of a COVID-19 Serosurveillance Study. 125 individuals were tested at the location over the two days.

The testing is part of the second round of an ongoing study by researchers from USC and the Los Angeles County Department of Public Health. They will be conducting antibody testing over time on a series of representative samples of adults, selected at random, to determine the scope and spread of the COVID-19 pandemic across the county. The results will have important implications for public health efforts to control the local epidemic.

“We haven’t known the true extent of COVID-19 infections in our community because we have only tested people with symptoms, and the availability of tests has been limited,” lead investigator Neeraj Sood of USC said last month. “The (April) estimates also suggest that we might have to recalibrate disease prediction models and rethink public health strategies.”

The antibody testing done over the weekend is helpful for identifying past infection, but a polymerase chain reaction (PCR) test, such as that being administered by L.A. County at the South Bay Galleria, is required to diagnose a current infection.

Beach Cities Health District worked with L.A. County and the City of Redondo Beach to set up testing at the South Bay Galleria and Performing Arts Center sites.

Results from this weekend have not been announced and the overall study’s results have not yet been peer-reviewed by other scientists. The researchers plan to test new groups of participants every few weeks in the coming months to gauge the pandemic’s trajectory in the region. Similar testing is taking place in Northern California by researchers from Stanford University.

Participants were recruited via a proprietary database that is representative of the county population. The database is maintained by LRW Group, a market research firm.

The researchers used a rapid antibody test for the study. The FDA allows such tests for public health surveillance to gain greater clarity on actual infection rates.