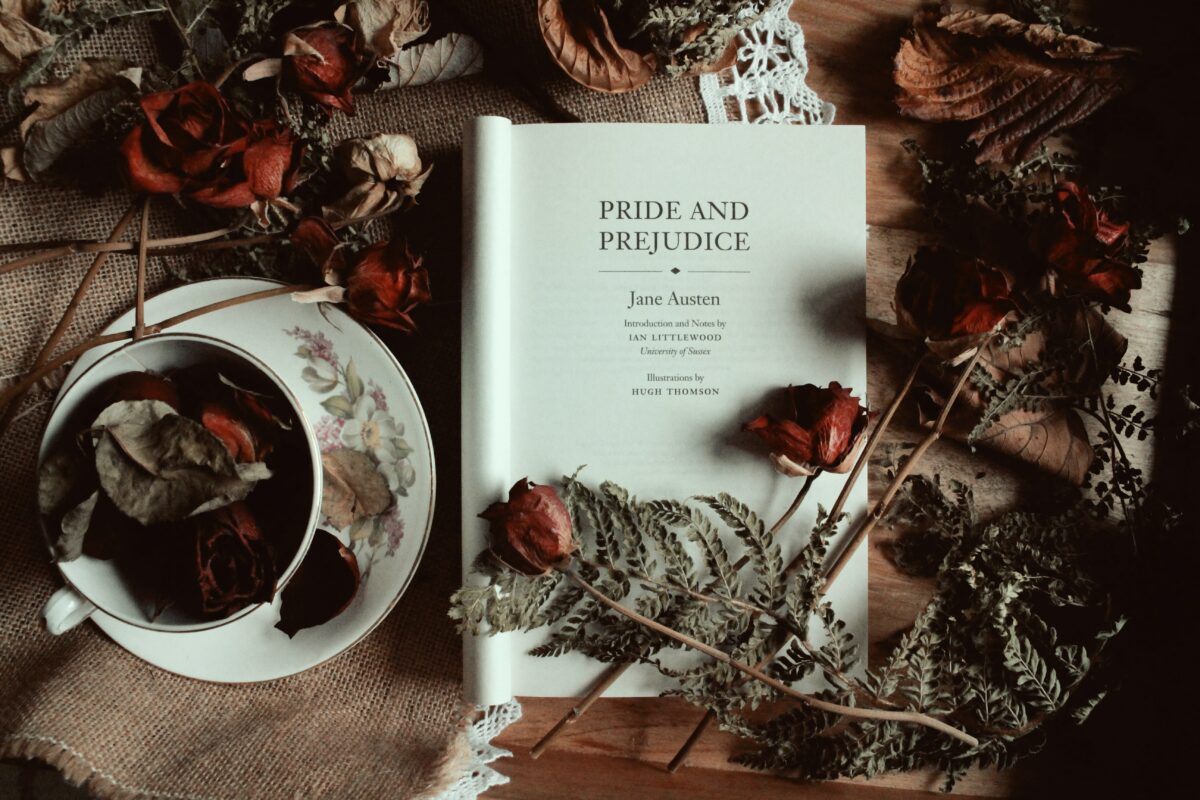 Have you finished Jane Austen’s famous work and are unsure what to read next? It might be difficult to discover a love tale that compares to Elizabeth Bennet and Mr. Darcy’s. Fortunately, these ten books, like Pride and Prejudice, may just be what you’re searching for.

Before you pick a book, it is always important to read its summary. We should not judge a book by its cover, but we can by its summary. Reading a book means investing a lot of time and energy into something thought-provoking. And you won’t like to waste it all on something not too good, right?

After going through such extensive summaries, we have curated a list of 10 books that can give you the same feeling you had while reading Pride and Prejudice. From Regency-era novels to retellings, these works can restore your faith in true love.

Ayesha At Last By Uzma Jalaluddin

This contemporary rendition of Pride and Prejudice follows Ayesha, a Canadian Muslim lady, as she discovers herself and falls in love. Ayesha is approaching the end of her twenties, and her mother is always on the search for a guy worthy of marrying her daughter.

But Ayesha isn’t as enthusiastic about her marriage chances. She has a rewarding job, nice friends, and sisters she adores. What more could she possibly want? Until she meets Khalid, of course. The book was a finalist for the Goodreads Choice Award. Also, it was discussed on The Today Show and named the Best Book of 2019 by Publishers Weekly and Cosmopolitan UK.

It’s time to share Georgiana’s narrative now that Mr. Darcy has found his happy ending! Georgiana is a talented pianist whose main love in life is music. She realizes that there is so much more to the world than she ever saw at her English estate when she goes on a journey around Europe.

But it is in Paris that she will experience love and grief beyond her wildest dreams. When she falls for two guys who are diametrically opposed, they become fierce adversaries. Georgiana knows she can only marry one, but how can she break either of their hearts when she loves them so much?

Nancy Campbell Allen is the author of fifteen books, including novellas, that have been published. Her works include historical fiction and contemporary romantic suspense. She got a Whitney Award for My Fair Gentleman and the Utah Best of State Award in 2005 for her writing.

If you’ve always wanted to read a Regency version of My Fair Lady, this is the novel for you. Jack, a skilled sailor, despises his grandpa, the Earl of Stansworth. He’d rather spend his time exploring the depths of the ocean than interacting with society.

However, when Jack’s grandpa dies, he inherits his land, title, and fortune. He accepts the title in order to care for his sister and mother, even if it means putting his ambitions of sailing on wait. And, while he’s not keen on life as an aristocracy, he can’t help but fall for his attractive new tutor.

The Convenient Marriage By Georgette Heyer

Horatia Winward is well aware that her community regards her as the least beautiful member of her family. Because of her stammer, men tend to evaluate her before getting to know her. The Earl of Rule then proposes to her elder sister, which would rescue her financially but crush her sister’s heart.

So Horatia steps forward to marry the Earl in lieu of her sister. Horatia, on the other hand, is bashful and has never courted anybody before. How can she persuade the Earl to fall in love with her when she dislikes so much about herself?

The Female Quixote By Charlotte Lenn

Arabella, the marquis’s daughter, is enamored with romance books. She wishes she could live out the tales of adventure, passion, and love that the ladies in her favorite books seem to stumble into.

Unfortunately, the reality is more boring than what she reads on the written page. Whatever the case, Arabella decides to take matters into her own hands and convert her life into a romance—even if it means jeopardizing herself and everyone she cares about. If you’ve ever wondered what it would be like if Jane Austen and Miguel Cervantes collaborated on a novel, here you can.

Talk Sweetly To Me By Courtney Milan

Miss Rose Sweetley, the shopkeeper’s daughter, is a mathematician who aspires to study the stars. Unlike several in her neighborhood, she chooses a simple and calm existence than one filled with turmoil.

However, when the flirty and mysterious advice columnist Stephen Shaughnessey expresses an interest in her, she is surprised to see someone in her community interested in her mathematical endeavors. And as she comes to know Mr. Shaughnessey more, she discovers he’s more than his reputation.

An Assembly Such As This By Pamela Aidan

Who hasn’t imagined what Pride and Prejudice might be like if written from Mr. Darcy’s point of view? This Assembly investigates just that. Fitzwilliam Darcy does not expect to fall in love when he meets his friend Charles Bingley in Hertfordshire.

Especially not with Elizabeth Bennet, to whom he has a conflicted attraction. To make matters worse, his old adversary George Wickham has developed feelings for Elizabeth as well. This work offers the classic love story a new voice as readers see it through Mr. Darcy’s eyes.

Zuri Benitez is proud of her Afro-Latino ancestry, as well as her Brooklyn house and a huge family. What she dislikes is the gentrification that threatens to render her area unrecognizable. When the affluent Darcy family moves in across the street, Zuri decides she doesn’t want them anywhere near her house before even meeting them.

This decision appears to be validated when she sees their pompous and equally proud son Darius. However, as she gets to know Darius, feelings that neither of them wants to accept emerge.

The House Of Mirth By Edith Wharton

Lily Bart, 29, is seeking marriage in New York City, preferably a wealthy one. The upper class no longer consists only of aristocrats. The nouveau riche, whose families acquired their fortunes in railways or banking, is equally as affluent as the “old money,” and the aristocracy is furious.

Lily is looking for marriage but gets caught up in a controversy. Her reputation is destroyed when she is suspected of being the mistress of a married man. This dark comedy satirizes upper-class attitudes in a manner reminiscent of Jane Austen’s work.

Sense And Sensibility By Jane Austen

Why not stay with what you know if you already appreciate Jane Austen’s writing style? Marianne Dashwood is deeply in love with the attractive but slightly unsuitable John Willoughby.

Elinor, her sister, is concerned about her sister’s sudden amorous pursuits while also yearning for love to enter her life. Both sisters realize that it is critical not to lose yourself or your reason in the quest for a romantic relationship as they chase love and the repercussions that come with it.

The novel took a while to develop. “Elinor and Marianne” was the title given to it when Austen first started writing it in around 1795. In 1809, she made considerable revisions. This was her first paid novel to be published.

The burning urge to read anything as wonderful as Pride and Prejudice definitely scratches the core, in contrast to the bow-tied finale. We have compiled a list that is comparable to Jane Austen’s masterwork in order to keep you satisfied and placated.