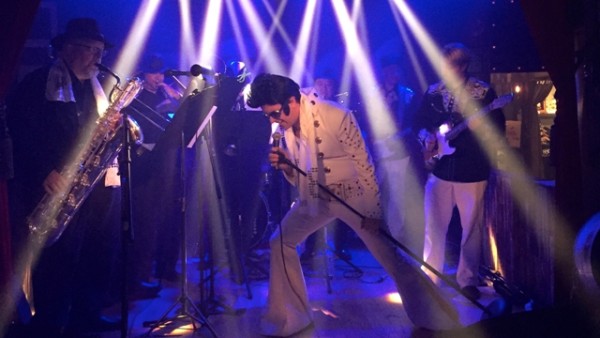 Elvis has not left the building. He’s playing this Sunday at Saint Rocke. Photo courtesy Graceband

The Graceband came together to celebrate The King three years ago.

The band honed its chops at Torrance cultural institutions like the Gable House Bowl and Hale Hawaii, the latter a tiki bar that retains an 80s vibe and is overseen by an owner resembling Mr. Miyagi from “The Karate Kid” who opens his venue when he feels like it (particularly during Dodger games).

The band, in other words, is steeped in both Elvis and local history.

“All of our members are South Bay natives, many of whom graduated from the Torrance High Schools,” said lead singer and Elvis Chris Maddox. “Surf, sun, and Elvis!”

His inspiration to become Elvis happened as a result of Maddox’s teenage experiences.

“When I was in high school, I quickly figured out I wasn’t going to be the quarterback or class president,” he said. “But I was a proud ‘theatre geek’ and I recorded a version of me singing ‘Can’t Help Falling in Love’ on cassette… I played it and a girl told me she liked it and that was all I needed to hear.” 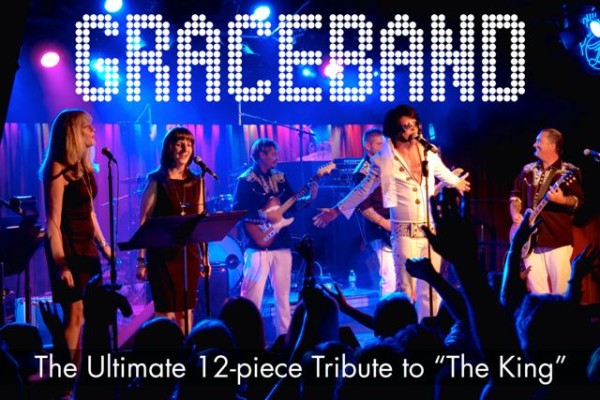 The setlist includes hits like “Heartbreak Hotel” and “Suspicious Minds” but also mixes in songs from AC/DC, Led Zeppelin, the Black Crowes, among other rock classics.

“Elvis is the King and was constantly covering others’ music,” Maddux said “We like to have fun with that and reimagine everything with full Elvis-ized arrangements.”

“We are a celebration,” he added. “We are something between a fancy nightclub act and a Zumba class. You’re going to dance, and have a good time….We do this because we love the music that Elvis and the TCB band created, and we love entertaining. Frankly, we look at is as creating the show we wanted to see. We tell people:  Don’t come, unless you want to have the most fun of your life.”