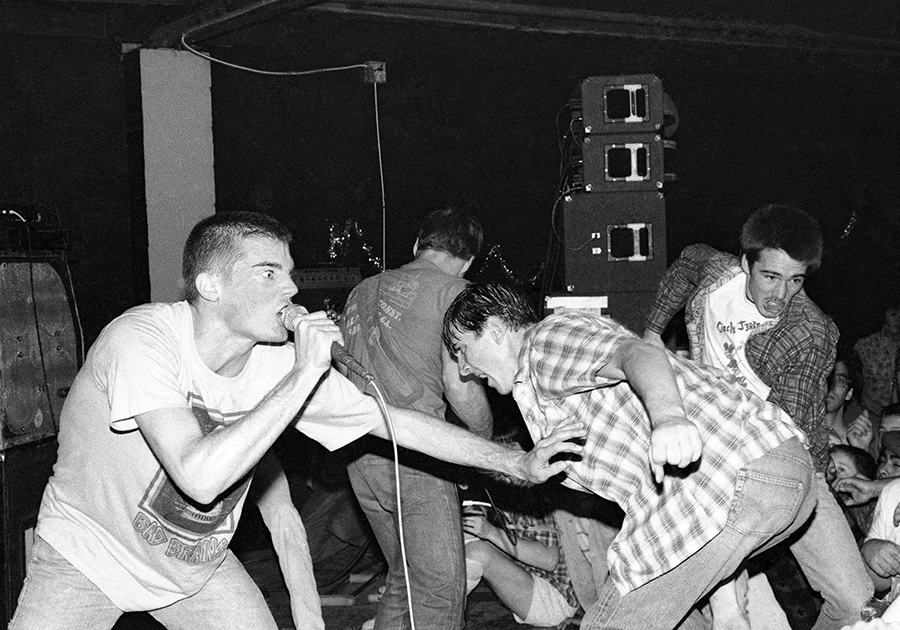 Milo Auckerman of the Descendents performs at Mi Casita in Torrance Jan. 14, 1983.

He stood behind the cash register at Guild Drugstore, ringing up a bottle of Bismol and a can of talcum powder.

Back home was a Minolta XG-M, and, some time excruciatingly later, he would bust out.

The Minolta over his shoulder, divorced parents somewhere else, his friends alongside and they’d gain entry.

A year later he graduated from Mira Costa High School, and the photo negatives went into a box.

He pledged fraternity row at Arizona State, he started a career in financial services. He killed time at Tower Records one day in Santa Monica and perused the book section while his wife paced out pending labor. 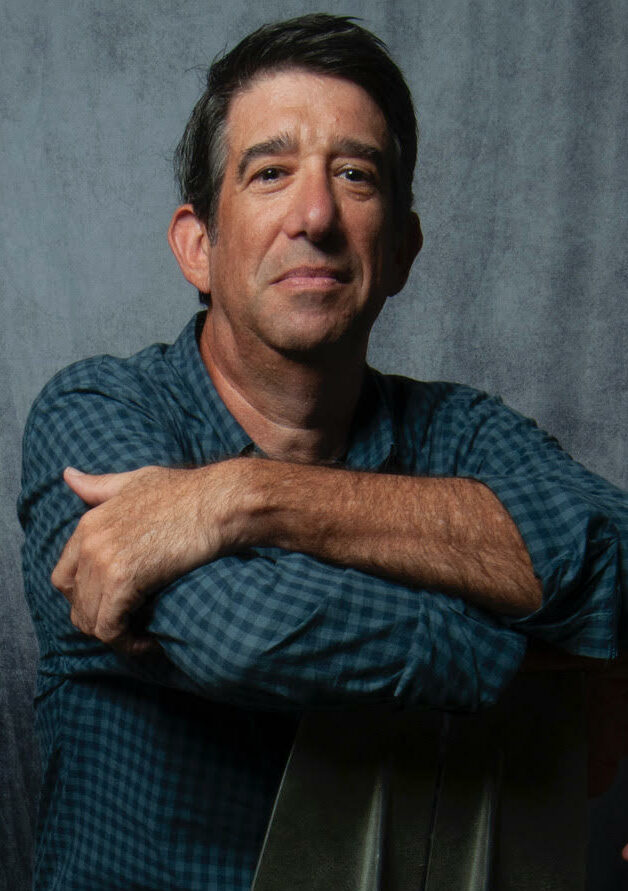 He noticed something in a book he picked up.

“Hey, that’s my picture,” he said. “With the wrong credit, and at the wrong show.”

The child was born.

The negatives stayed in that box.

Until Kevin Salk took the sleeves of negatives out one day in the winter of 2012.

What he did not fully remember was all there — Black Flag, Minor Threat, the Descendents, Misfits, Circle Jerks.

The nascent peak of punk rock in America, captured on film by a high school kid — who had just one image turn out from the first roll he shot at a concert. It now graces the cover of “Punk: Photos From a Fan’s Perspective” (Fathom, Los Angeles), published in September.

A book-signing is Dec. 4 in Los Angeles. The publication follows a gallery exhibit in January 2020.

“Once an angry, alienated teenager, it made that part of my life relevant,” said Salk, who was born and raised in Manhattan Beach. “It’s become the Manhamptons. For me that’s a legitimate description. I’m kind of an El Sombrero person.”

He first put his picture trove online, in 2013.

Sitting in his office in Westwood six years later, he got the call about a gallery exhibit.

The box of negatives were about to be showcased.

“These were my baseball cards,” Salk said. “I had kept them all.”

No Rick Sutcliffe rookie card, but he had Ian MacKaye, Henry Rollins, Glenn Danzig, Keith Morris — in their prime. 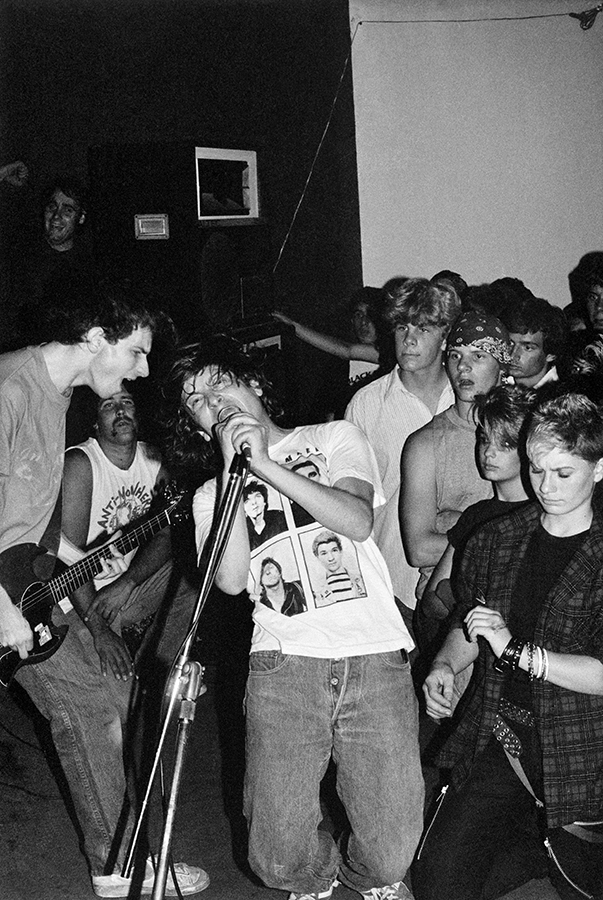 Keith Morris and the Circle Jerks perform at the Vex, July 9, 1983.

All are seen in Salk’s book, spanning 1982-83, pictures shot in the South Bay and beyond; touring bands and the local legends who would hold their place in the coming decades.

Milo Auckerman of the Descendents, who ran cross-country for Mira Costa, became a plant researcher at DuPont.

Others burned out and faded away, like a scattering of the negatives in the sleeves.

But for the images that survived, in them the bands, and the audience, are all young and zealous.

“The shows were pretty damn scary,” Salk said. “But I was fitting in with a group that didn’t fit in.”

His daughter who was born that day in Santa Monica, is now 26, living in New York, thinking her dad is cool. Salk’s younger daughter, 23, may concur.

Now a divorced parent himself, the former kid at the edge of the stage with the camera is glad for one thing in particular.

“Every kid, they want the acceptance of a parent. I’m still the black sheep of the family, which I like,” he said. “But I’m a published author, and my dad’s proud of me.”