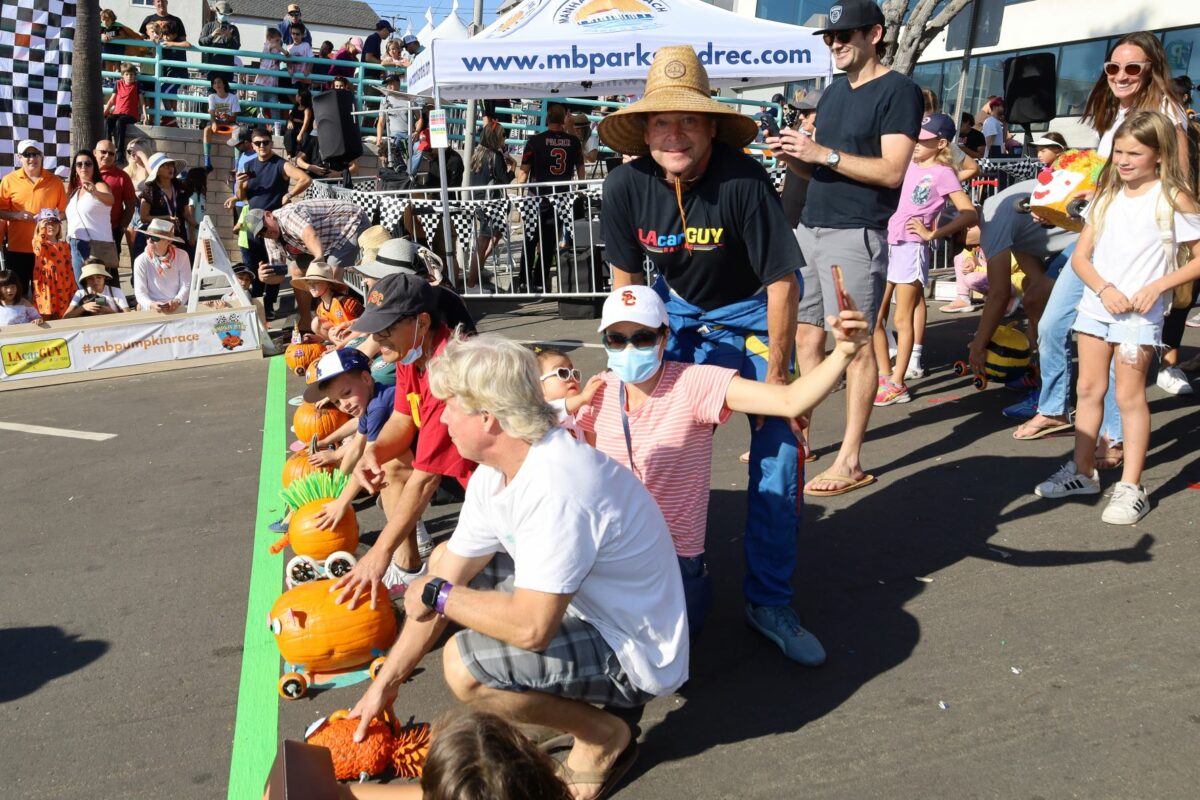 An estimated 500 pumpkin racers competed in the 32 Annual Manhattan Beach Pumpkin Race on Sunday at the Manhattan Beach pier. The race was founded on Longfellow Avenue in 1990 by Karl Rogers to celebrate his 28th birthday. By 2006, the annual event was drawing 1,000 fans, prompting Rogers to ask the city for permission to hold the race on lower Manhattan Beach Boulevard, in front of the pier. ER 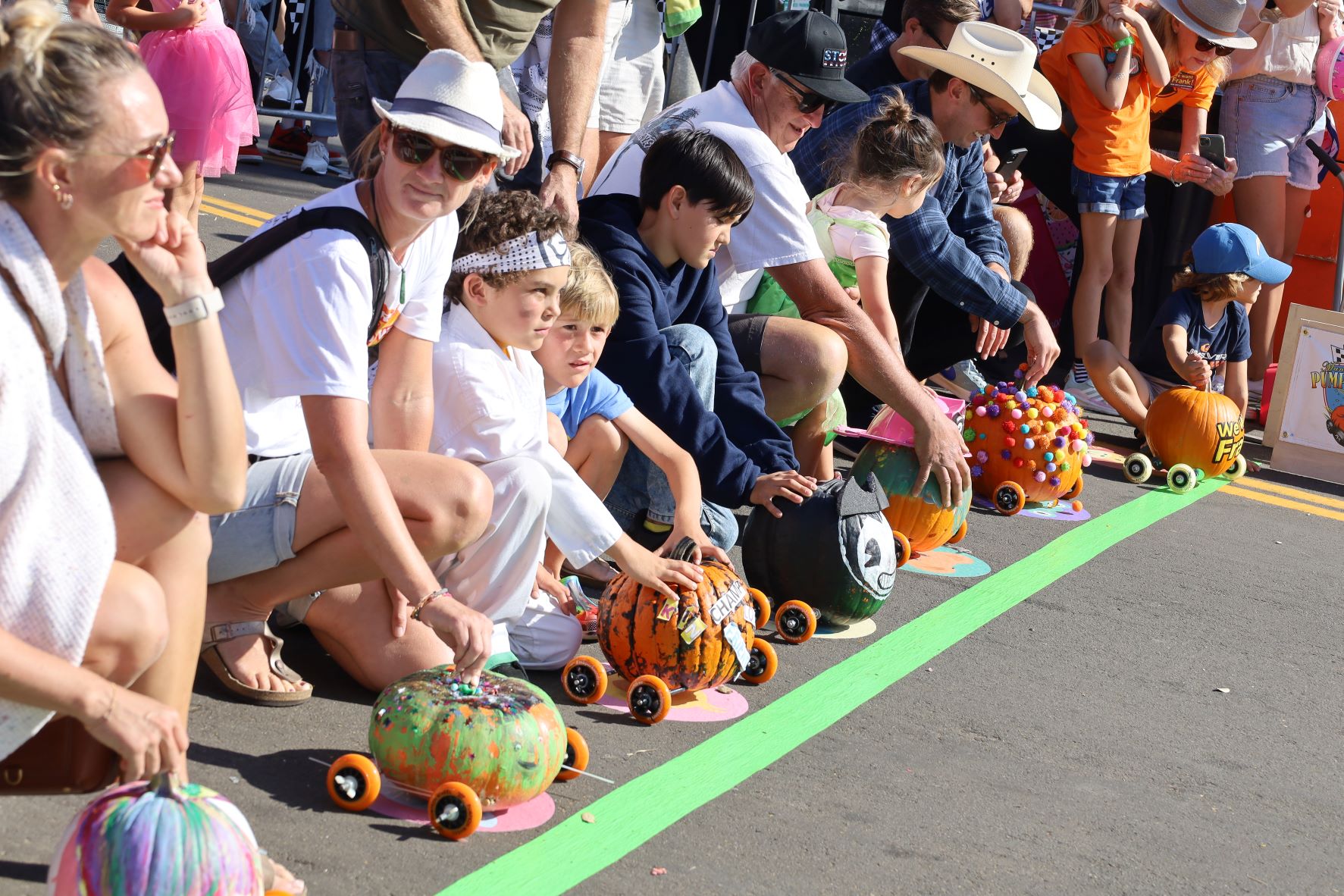 Heats of eight pumpkin racers set off every few minutes from 10:30 in the morning until 4 in the afternoon. Photos by Kevin Cody 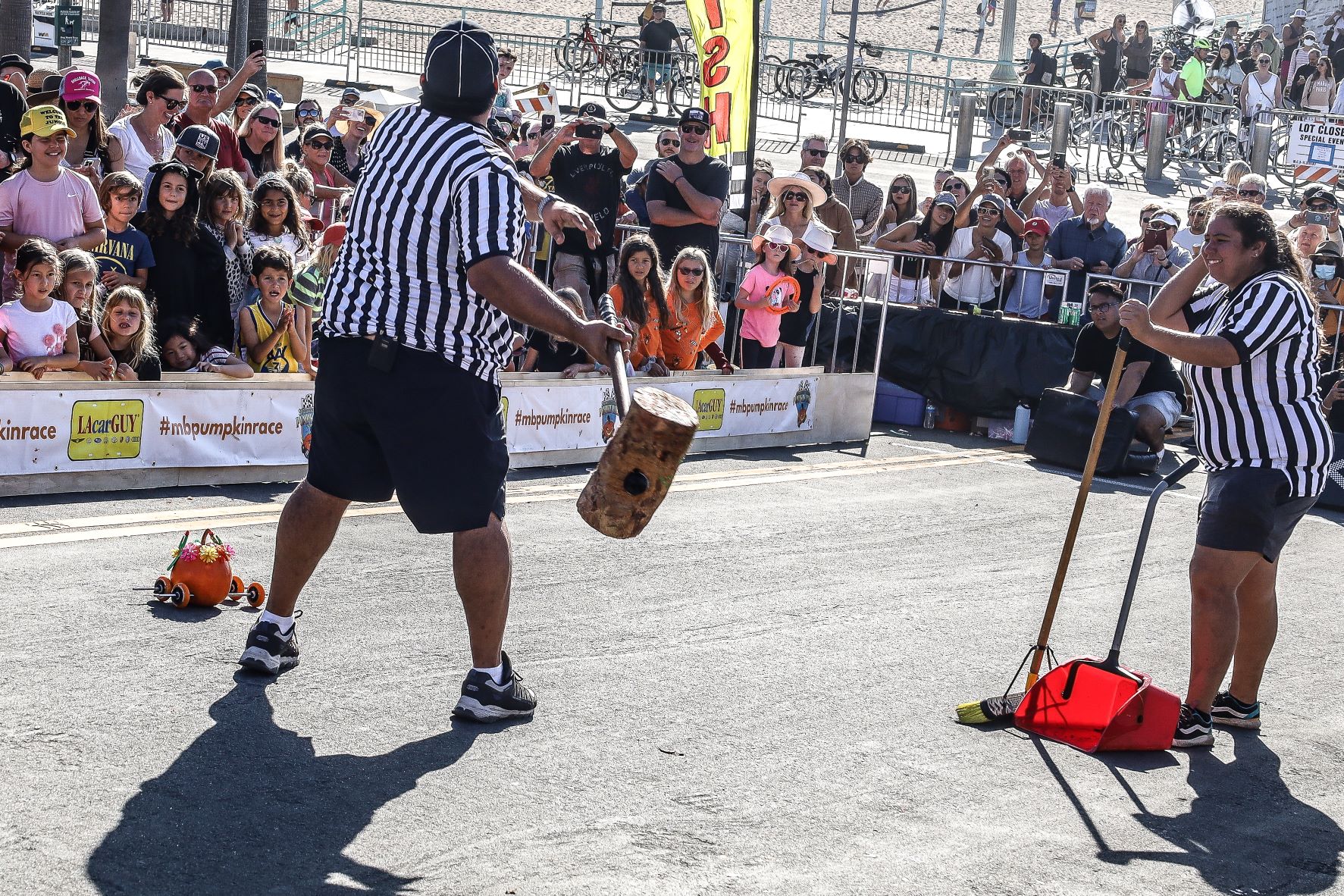