6-man spirit rises from the pandemic 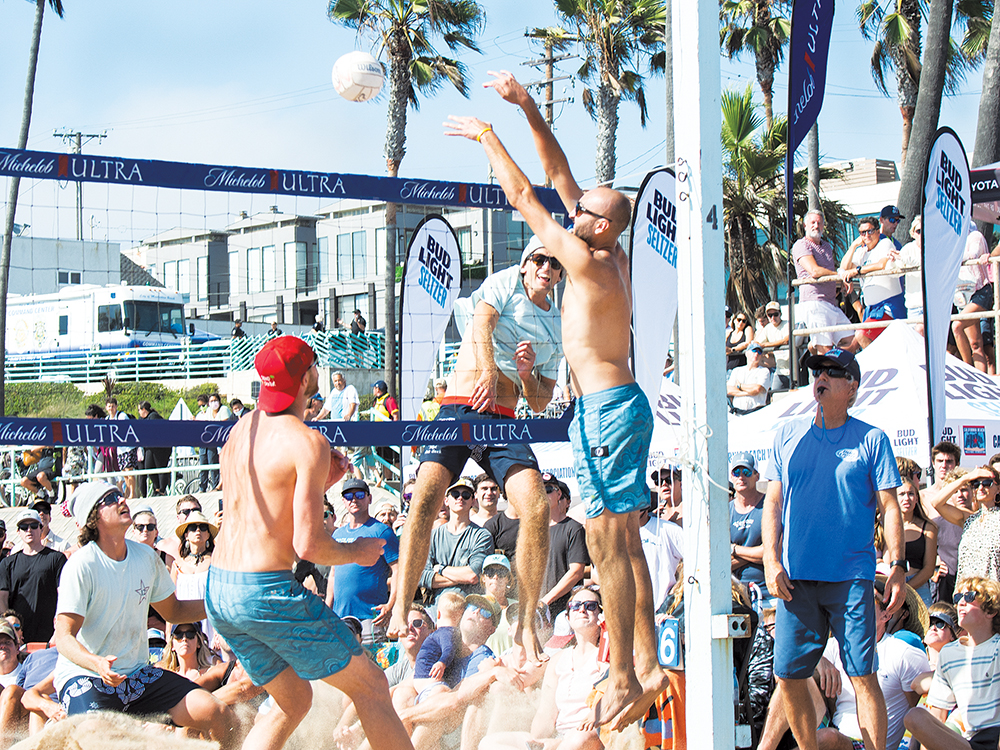 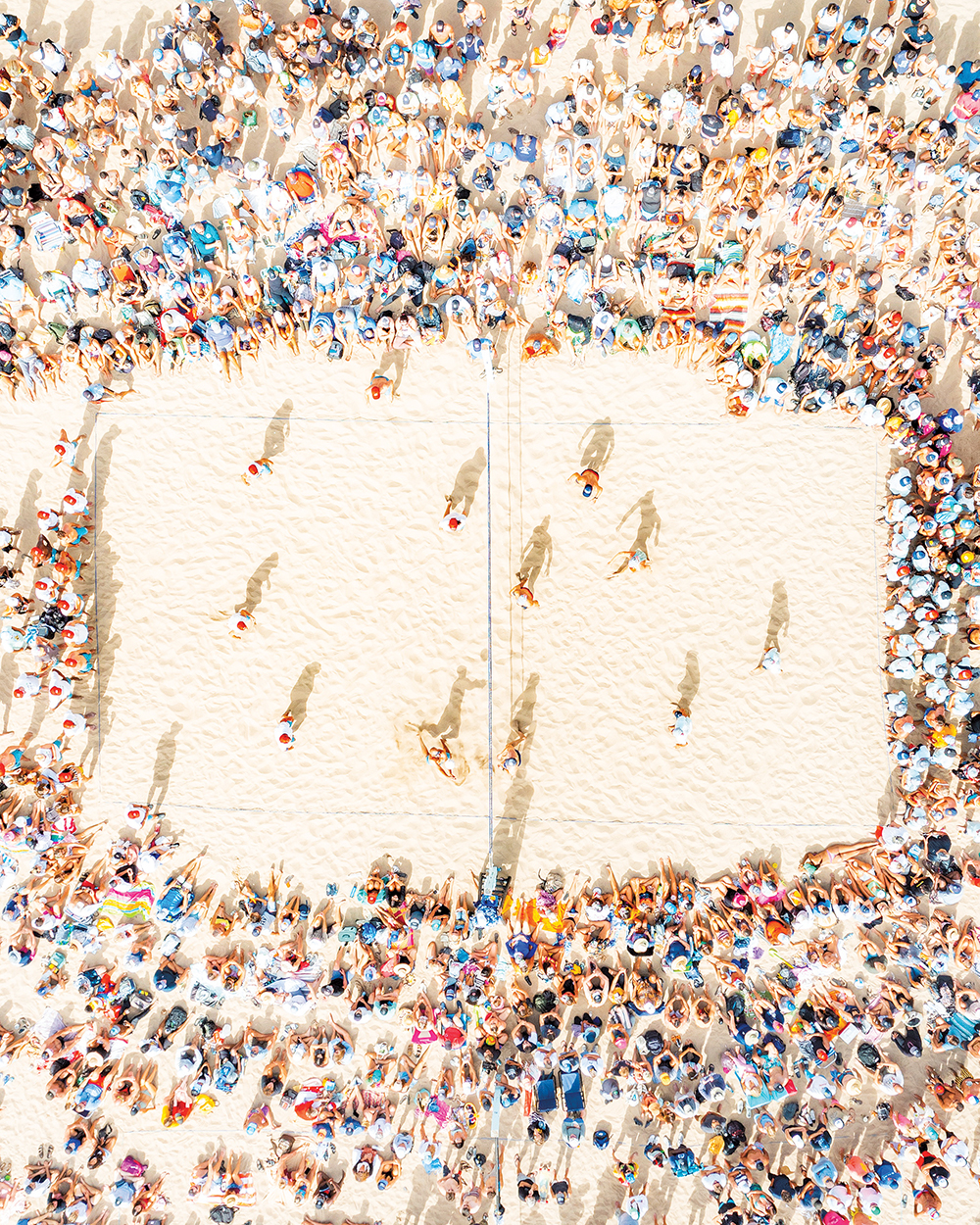 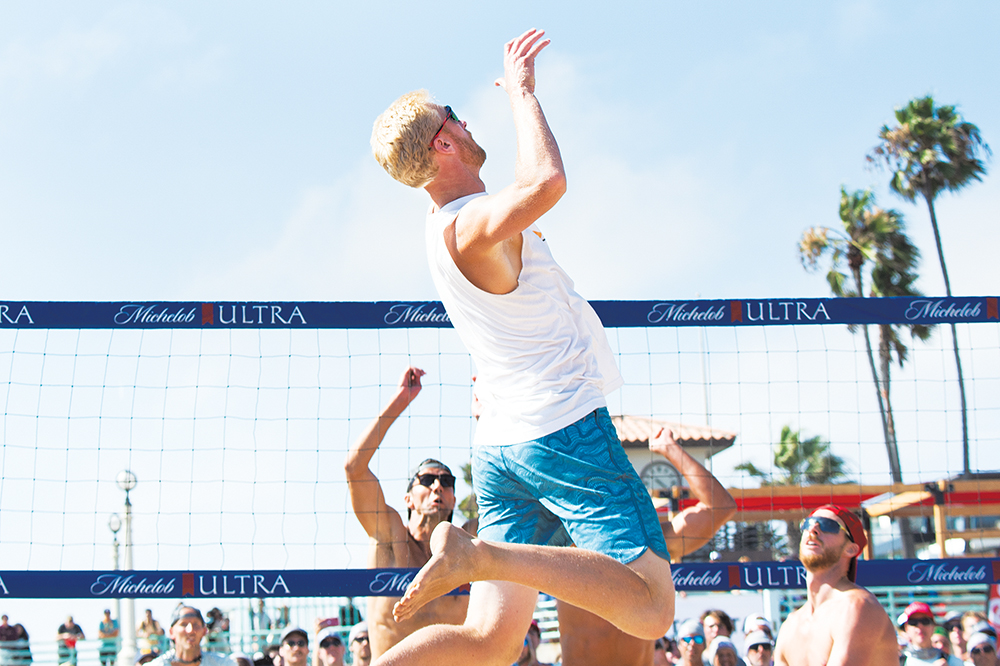 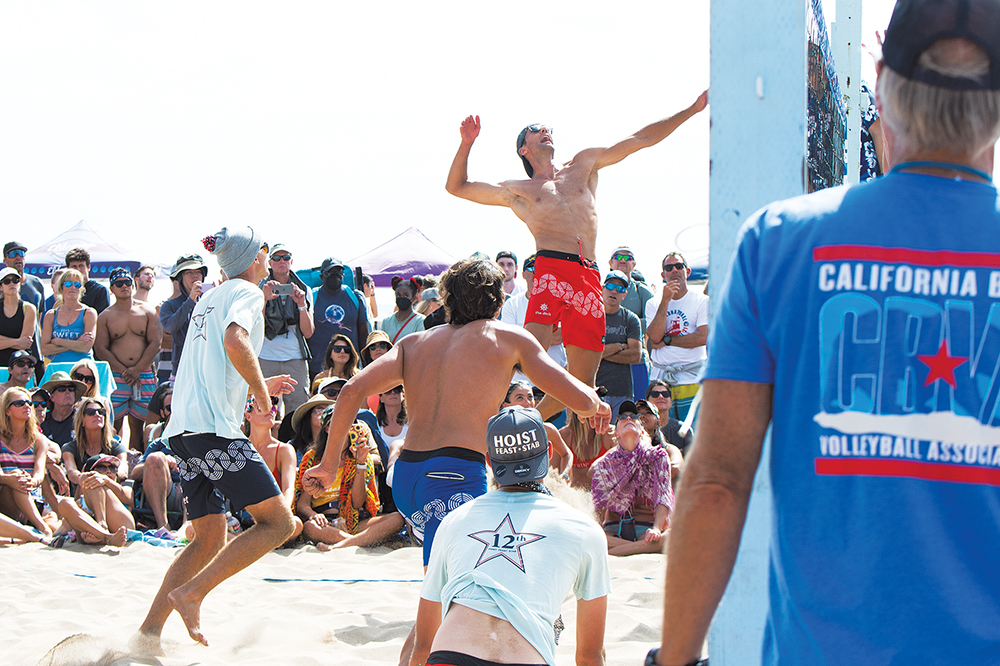 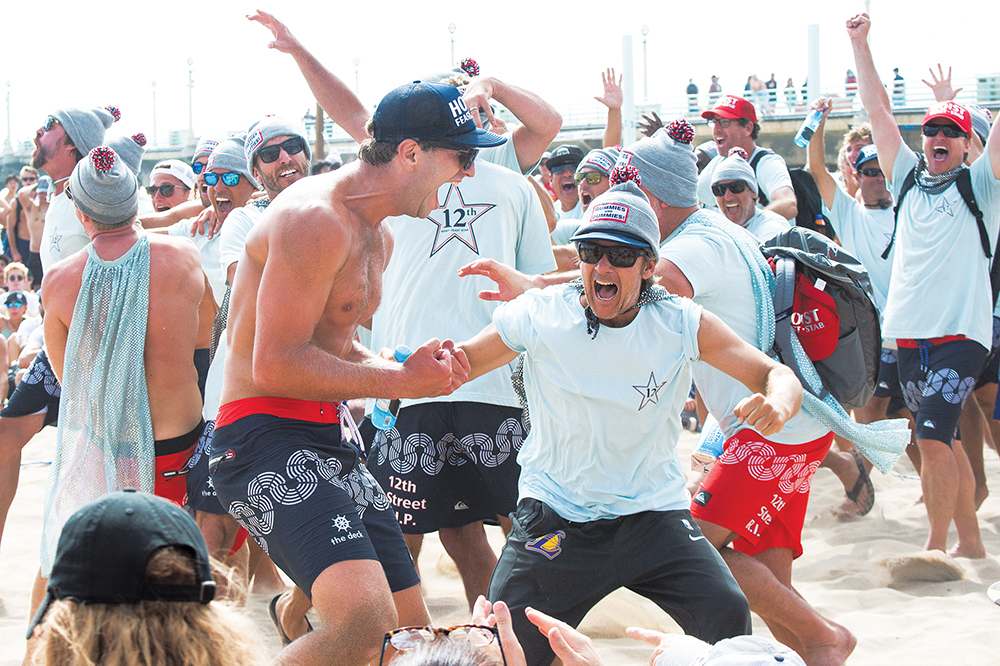 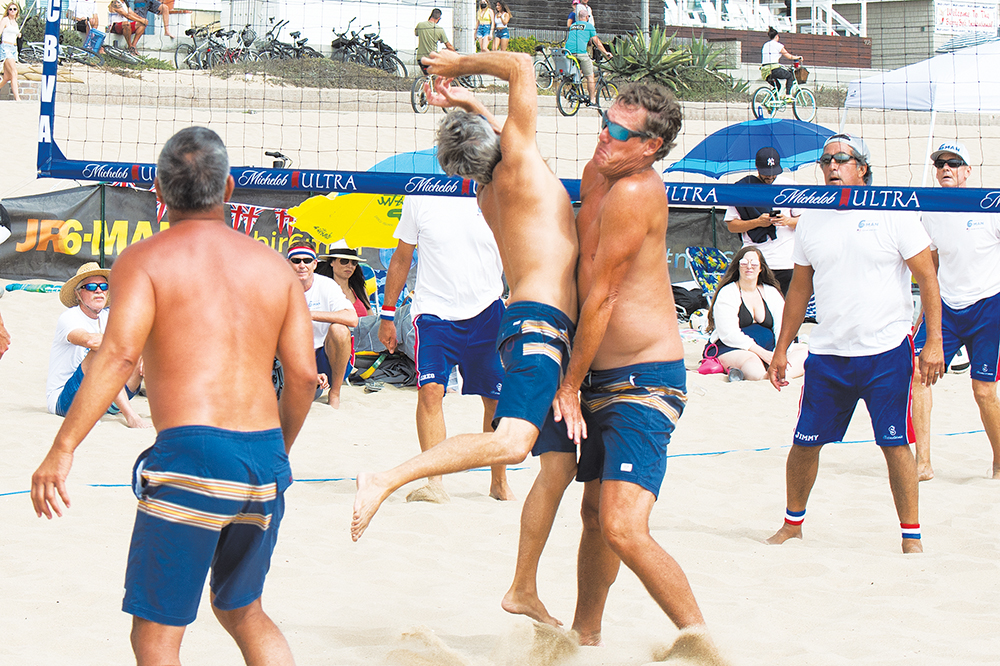 The International Surf Festival Charlie Saikley 6-Man Volleyball Tournament was resurrected from the pandemic tomb, appearing as glorious as in its early days, before social media, and before the suffocating restrictions imposed by the city in recent years.

“It looked like a Robi Hutas photo,” said Chris Brown, referring to the California Beach Volleyball Hall of Fame photographer, whose black and white, panoramics of center court, surrounded by 10-deep crowds, helped create Manhattan’s reputation as the Wimbledon of beach volleyball.

Brown is a founding member of the three-decades old 12th Street Bar and Grill 6-Man Team, which last won the tournament in 2014, and reclaimed the title on Saturday.

“We had a tough pool, ending with a match against Good Stuff, the number one seed. They were loaded with young talent, including AVP players Devon Burki, and Weston Carico; Jack Walmer (four year Mira Costa High varsity player); and Sebastian Rodriquez (four-year Redondo High varsity player). But we did what we had to do. We won 11-7, 11-8,” Brown said.

In contrast to pool play, 12th Street rolled through Saturday’s Round of 16, winning all five of its matches by 10 points or more, including the finals against SoHo Yoga.

“Everyone was asking, ‘Who are these guys?’ They played lights out on Saturday,” Brown said.

Top finishers in the AAA division were Men: Peter Cannoli and Silila Tucker, of Texas; and Samantha Parrish, of Hermosa Beach, and Madison Shields, of El Dorado Hills.