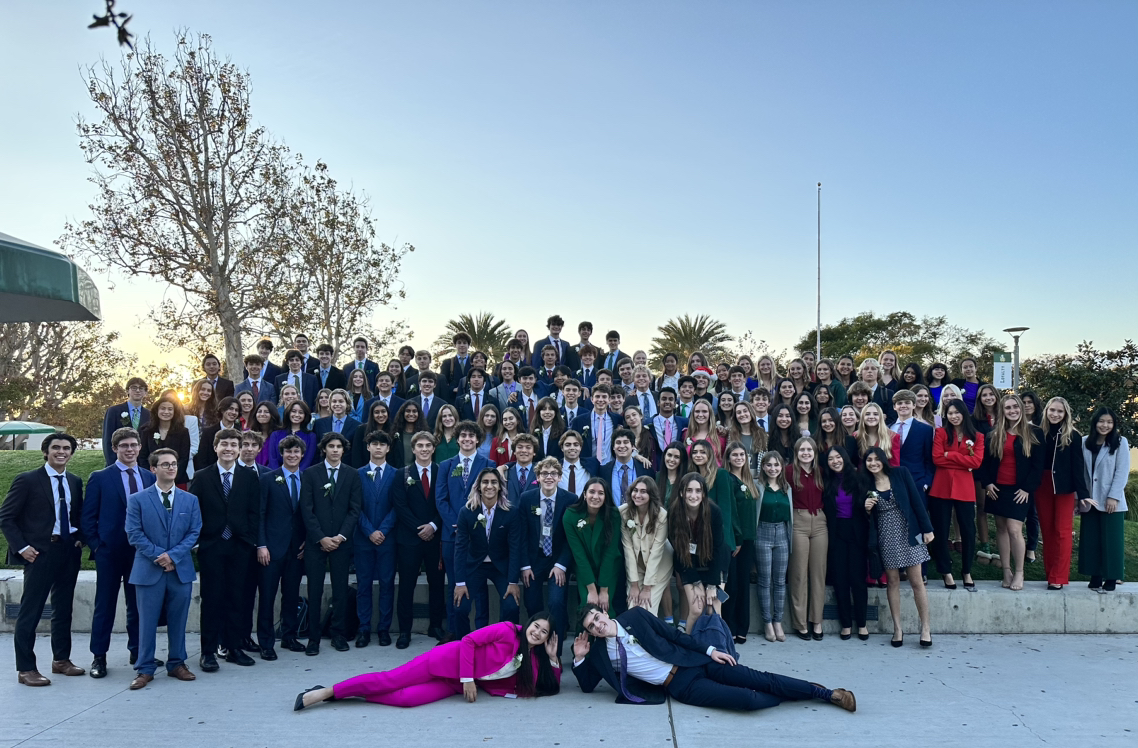 The nationally-ranked Mira Costa High School Model United Nations (MUN) team hosted the 28th annual Los Angeles Invitational Model United Nations (LAIMUN) conference on December 3 and December 4 with more than 850 delegates in attendance. Students represented nineteen middle and high schools from across the Southern California region. Mira Costa students started to plan the conference in May 2022 and preparations included writing synopses of issues currently being discussed in the United Nations to assist delegates in developing a stronger understanding of the subjects.

“We truly attribute the success of this 28th session of LAIMUN to the hard work of all of our Mira Costa MUN sophomores, juniors, and seniors. They served as the staff for the conference, and all of them have been dedicated for the past nine months to making LAIMUN the best it can be! From our secretariat to our chairs, to our legals, LAIMUN could not have functioned without each and every one of them, and we’re so grateful to have had such an incredible team,” Allyssa Lessinger and Brady Stephens, Secretaries General said. 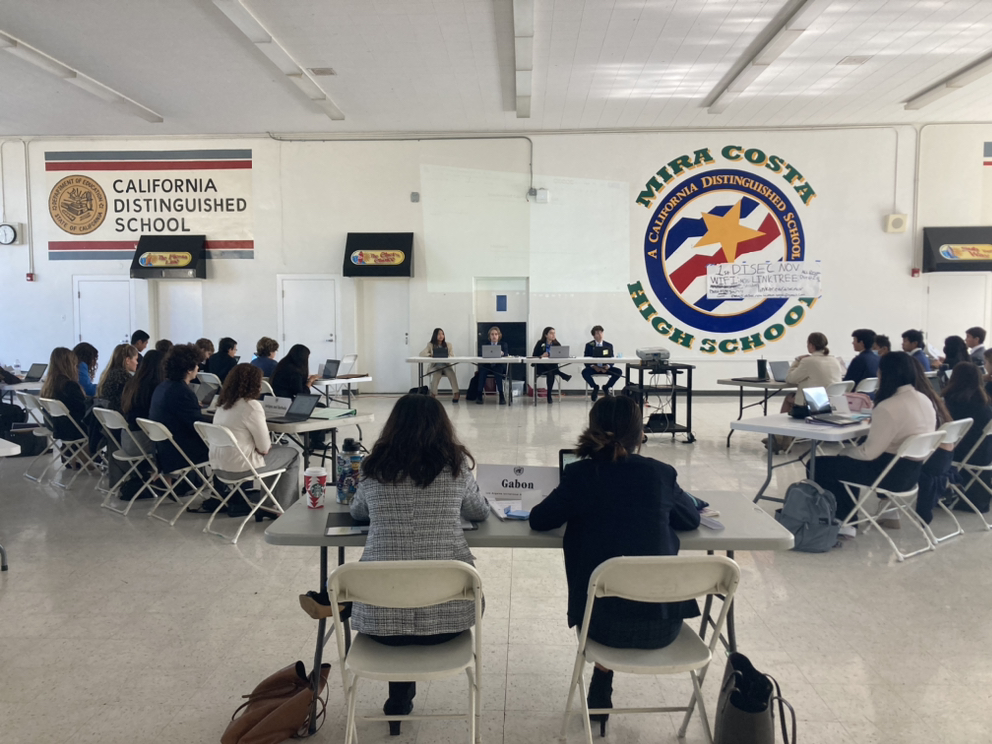 “At the WMHSMUN conference at William and Mary University in Williamsburg, Virginia, seven delegates were successful in placing, or ‘gaveling’  during their debates. The Mira Costa MUN program was awarded second place at the conference,” Mira Costa History teacher and MUN Co-Advisor Annie Choi said.

The BERMUN conference in Berlin, Germany was the first international travel trip Mira Costa MUN attended since before the COVID-19 pandemic. The conference was unique as it offered new experiences for debates. Students had the opportunity to act as lawyers or judges, while other delegates participated in discussions to create real-world solutions to implement in the South Bay. This conference did not rank the teams’ performance overall, but delegates say they still gained valuable experiences and perspectives on international issues.

Outside of the conference they explored history through a guided walking tour and attended the Holocaust memorial and former concentration camp Sachsenhausen. Through MUN, students improve their public speaking, research, and debate skills. The Mira Costa team has traveled internationally to compete. 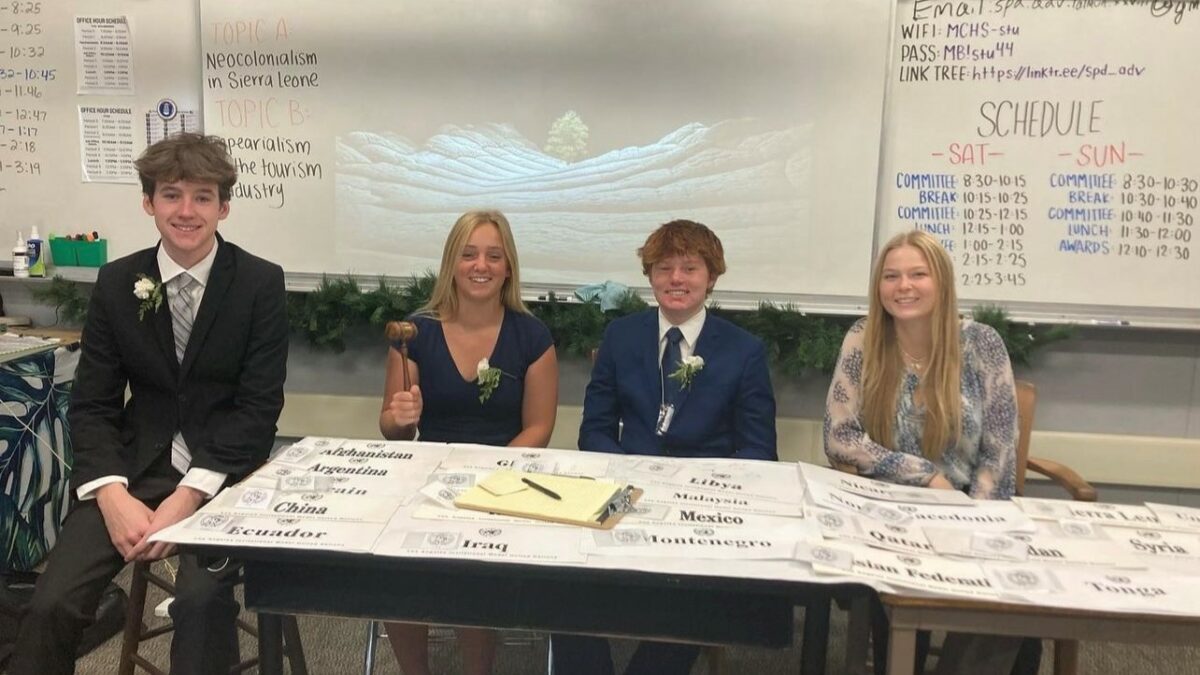 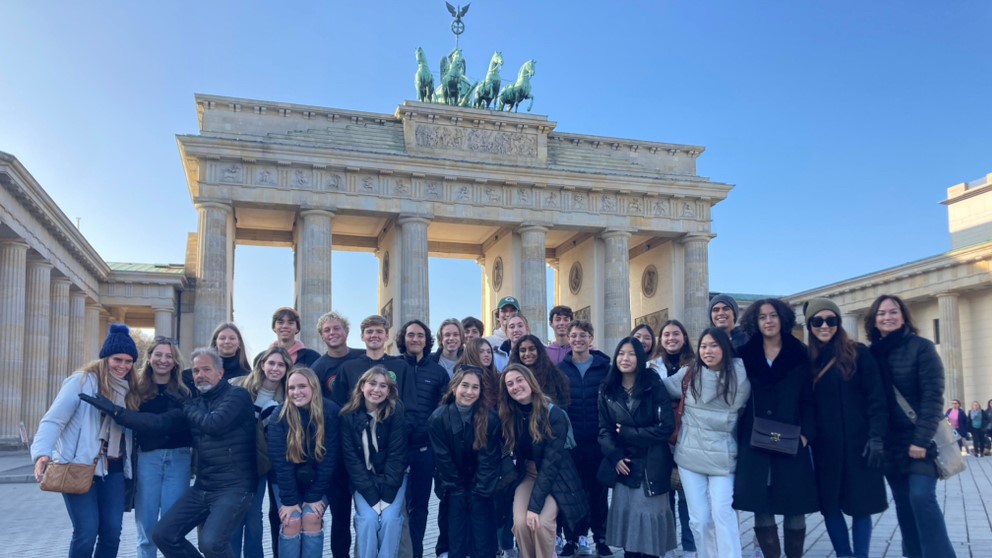