A leisurely meal at Sand Bar 66 in Manhattan Beach 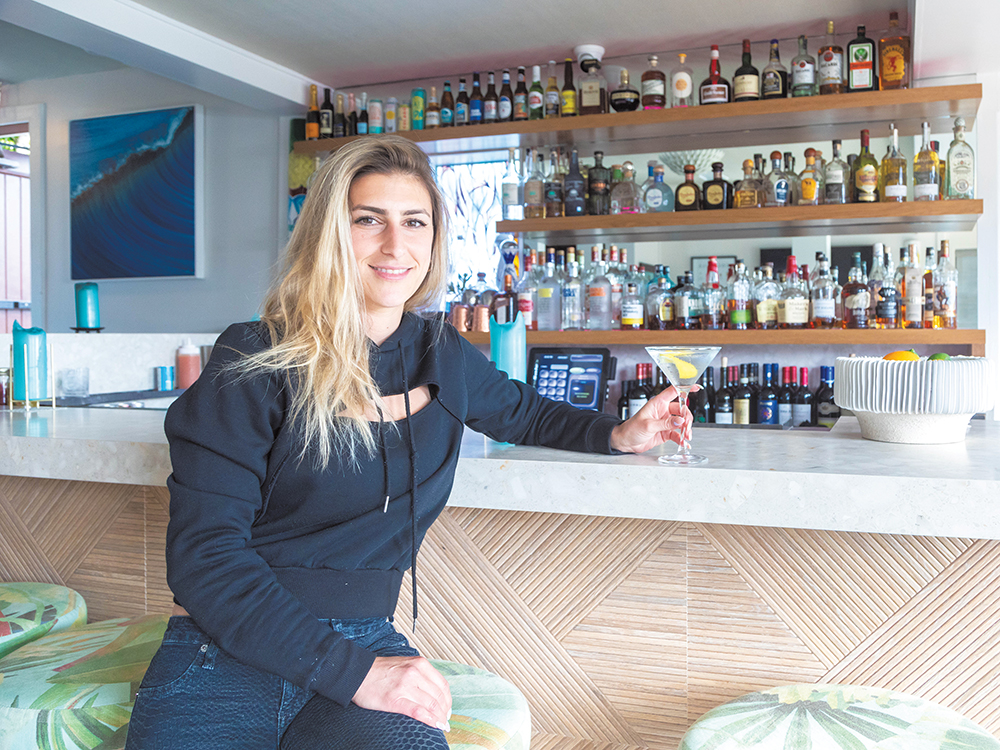 Dining at Sand Bar 66 is worth the wait, if you can afford to wait 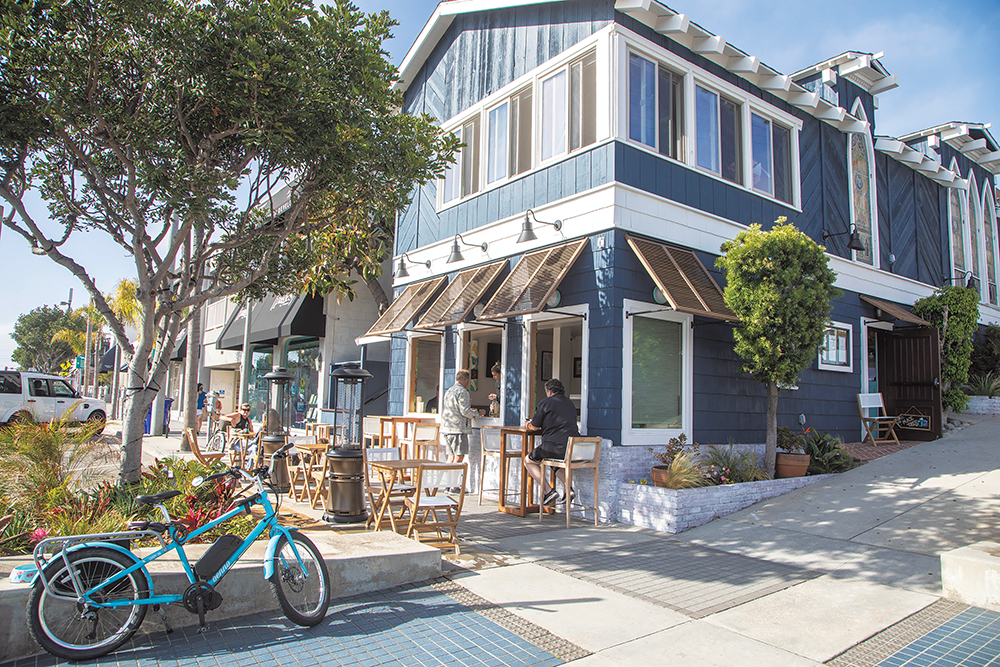 Outdoor dining, including drinks, have expanded the seating for small restaurants, such as the newly opened Sandbar 66. Photo by JP Cordero

The South Bay is full of older homes that have been added onto so many times that they acquire quirks – a switch somewhere that is on a different circuit than everything around it, pipes that come out of the wall and go right back in, a patch of wall where a door used to be. Occasionally there’s a whole room that is just awkward, with angles and corners that reflect some hard to imagine previous use. Clever owners can make these rooms into assets that give unique character compared to conventional rectangles and squares that are more flexible but less memorable.

The lower floor at 900 Manhattan Avenue is one example, and it has gone by a variety of names. Over the last decade it has been Side Door, Downstairs Bar, Red Room, and Pop-up Poke. Now, it has reopened as Sand Bar 66. That’s a lot of rebranding for a place slightly smaller than the average living room. It’s not just tiny, but strangely laid out, thanks to being built into the side of a steep hill. The bar dominates a multilevel space with a few booths and tables, which those who like close environments will call cozy, and those who don’t will call cramped.

Since the new rules about outdoor dining, patrons also have had the option of sidewalk tables that are less claustrophobic. It’s a relatively quiet section of Manhattan Avenue, and some seats have a coveted view of the beach so you may enjoy cocktails while watching the waves. Those drinks are first rate, and on our first visit we enjoyed some while scanning the menu of upscale bar snacks with a few salads and sandwiches. It happened to be a quiet evening, so our cheerful and energetic server Jihae had the time to make some recommendations in between her duties behind the bar.

We decided to make a meal of appetizers and ordered a kale and quinoa salad, Italian meatballs in jerk sauce, grilled lamb chops, and the macaroni and cheese. That last item doesn’t really belong on the starters list, because it’s a substantial enough portion for a main course and doesn’t fit the finger food profile. It’s good, though, a stringy and rich mix of cheddar, jack, and American cheese that has been run under a broiler to add a slight crusty texture. The meatballs are an interesting idea, Italian-Jamaican fusion, though the jerk sauce is on the mild side compared to what you’d get in most Caribbean restaurants. There’s a nice mix of tangy seasonings and enough heat to help a beer or fruity beverage go down smoothly. Their mai tai is a nice pairing.

The other meat item, the lamb chops, were lightly seasoned and grilled to medium, and were served with some sriracha sauce and mint jelly. These missed the mark, the straight sriracha a bit overpowering and the jelly tasting more sweet than minty. I think some Indian-style mint chutney and a slightly milder sauce would be better companions to the lamb.

There was no such problem with the balance in the kale and quinoa salad, which included candied pecans, currants, and feta cheese, topped with a lemon Dijon dressing. It hit all the bases and if we had some bread, we would have used it to catch every last particle of greens and drop of dressing.

We enjoyed dinner, but noticed that even when only a few tables were occupied, the wait for food and drinks was a bit long. This was not due to any lack of attentiveness by the staff, who were hustling every moment while being cordial towards the customers. It may be due to the odd layout of the place. The kitchen is on the second floor, where cooks are also making meals for patrons at the private club upstairs, so food has to be handed off to the downstairs staff. For much of the time there was only one person making drinks, taking orders, and serving tables, both in that complex multi-level space and outdoors. How, we wondered, could they possibly handle things when the place was full?

We found out a few days later, when we snagged the last available table at prime time on a Thursday evening. The place was jumping, but there appeared to be only two servers for the ground floor, inside and out. We were in no hurry, and ordered the spinach dip, a pair of sandwiches, and a pair of drinks to sip while admiring the street scene in the waning twilight. One was the sandbar spritz, made with Aperol, vodka, passionfruit, and prosecco, the other their spicy passionfruit and pineapple margarita, which we asked for without the usual jalapenos. My wife likes inventive margaritas but not chilis in her booze, and this was excellent without them.

It was good that those drinks were so tasty, because we were destined to sip them for a very long time. Our server stopped by to say that the kitchen was backed up. We saw people at another table ask that their order be packed to go, because they had to get home to relieve a babysitter. It was about an hour before our burger and chicken sandwich arrived, and the spinach dip never did. The burger and grilled chicken sandwich did arrive hot so they hadn’t been sitting somewhere, but the delay from ordering to service had been exceptionally long for simple items. Perhaps orders for the upstairs club get a higher priority, or it may be just the inefficiency of the building’s design, but despite motivated staff who are doing their best, this seems to be a recurring problem. When this was the Red Room they offered take-out from the sushi bar across the street rather than use the upstairs kitchen, so they obviously have been grappling with this problem for a while.

The food we had at Sand Bar 66 was all good and I’d visit again, though I’d time my visit for midweek and have no expectation of a fast meal. There is more to life than speed, so this could be your regular hang when you are looking for a leisurely dinner and good drinks at a moderate price for downtown Manhattan Beach.