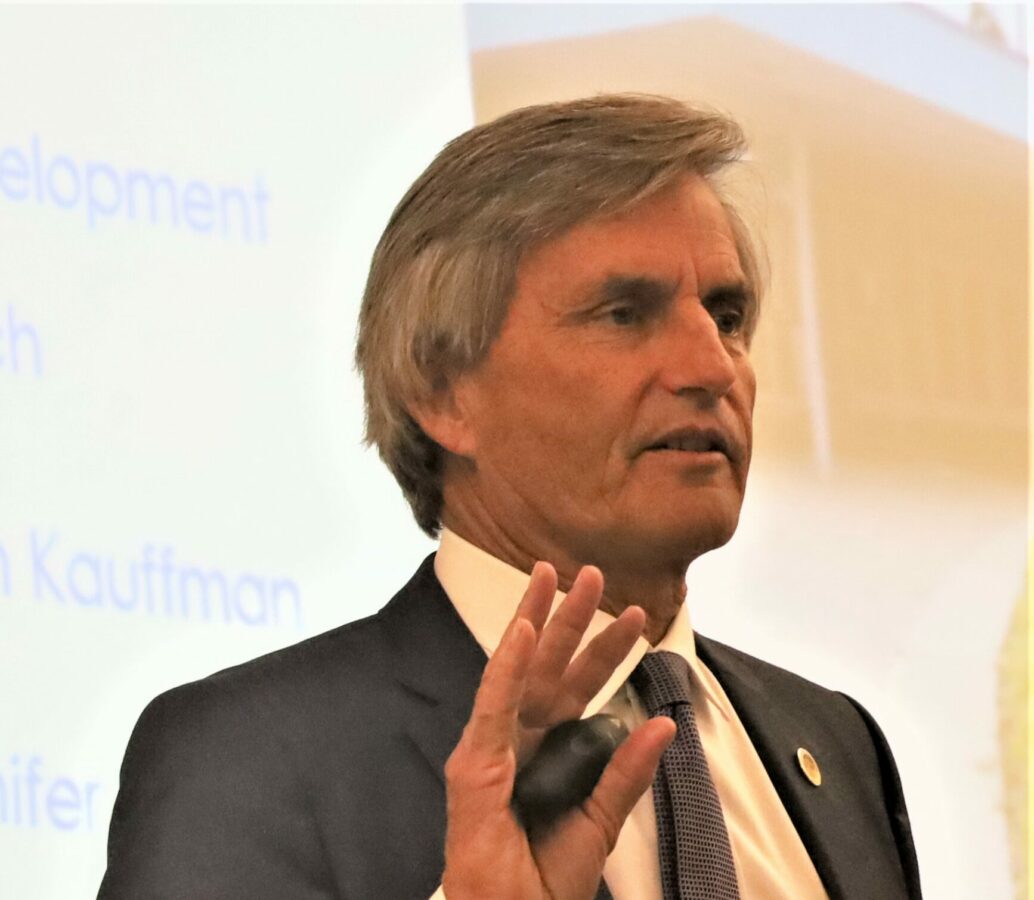 Mayor Bill Brand gives his “State of the City” in-person for the first time since 2019. Photo by Kevin Cody

Redondo Beach Mayor Bill Brand gave his “State of the City” address Wednesday, in-person at the Sonesta Hotel, touting city projects such as harbor amenities, a new name for a re-done South Bay Galleria, new use for an old library and new city financing.

He also presented a Lifetime Achievement award to the man who developed Shade Redondo Hotel.

Brand, in the second year of his second term as mayor, told the crowd of the city’s $600,000 structural budget deficit, a net loss of $6 million due to the pandemic and what he described as perhaps the biggest item last year – the refinancing of $226 million in California Public Employees Retirement System (CALPERS) debt, from seven percent interest to 2.8 percent.

He talked about the amenities plan and a city council vote the night before to move forward with a concept for an educational facility on the waterfront.

“To be able to engage the disadvantaged communities of color in Los Angeles,” he said.

He spoke of an effort to revitalize the Aviation/Artesia boulevards corridor – to re-vamp parking standards and institute priority uses such as restaurants.

He reported that a 600-sheet construction plan was recently submitted for the adaptive re-use of the South Bay Galleria – to be re-named “South Bay Social District.”

A large scale model of the project is expected to go on display at the Galleria in August, he said.

For the city’s 1930 historic library at Veterans Park – where Brand once stared out the windows at the ocean as a 10-year-old  – community feedback is being gathered for potential new use(s), to be evaluated by the city council in July.

Brand thanked police and public works for their quick response to the shooting at the Pier last August. He thanked hospitals for their work during COVID-19 surges.

The “State of the City” was presented in memory of Patricia Dreizler, who died last weekend at 96, known for her decades of community service. ER