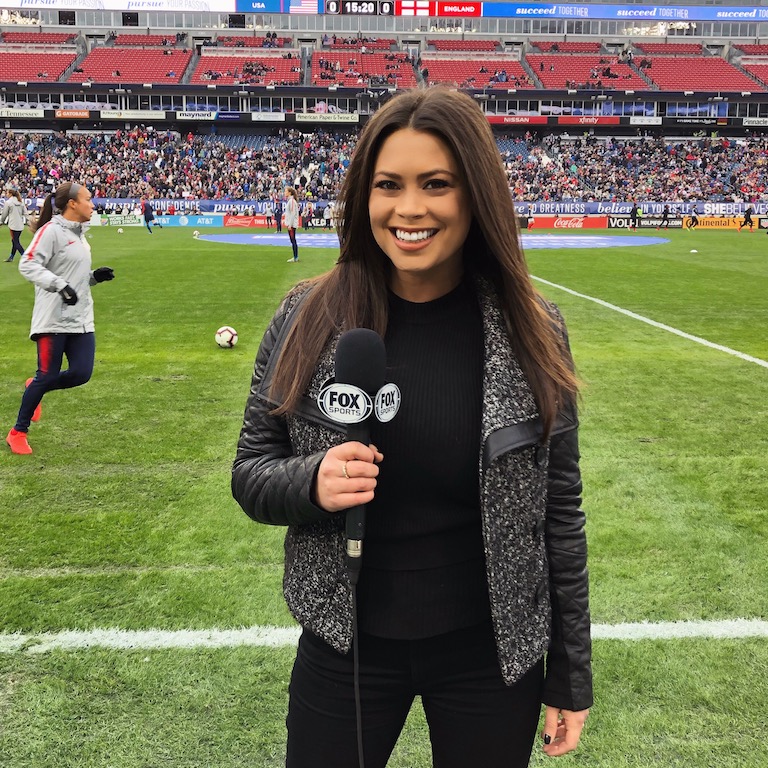 Alex Curry covering the U.S. Women’s soccer team on the road to the FIBA World Cup in France. Photos courtesy of Alex Curry

Alex Curry covering the U.S. Women’s soccer team on the road to the FIFA World Cup in France. Photos courtesy of Alex Curry

Sometime early in the 1st Century the Roman philosopher Seneca, better known for stoicism than soothsaying, purportedly remarked, “Luck is what happens when preparation meets opportunity.” He was talking about Alex Curry.

Curry has been hustling ever since Sand Dune Park, the North Manhattan Beach landmark, where she was the wild-eyed warrior pipsqueak queen of the forest while growing up as the ringleader of 32 neighborhood kids. She discovered early she had two passions, soccer and the spotlight, and she pursued both ferociously. She would star onstage at Manhattan Beach Middle School as a performer in musical theater and at Mira Costa High on the soccer field as a defender. 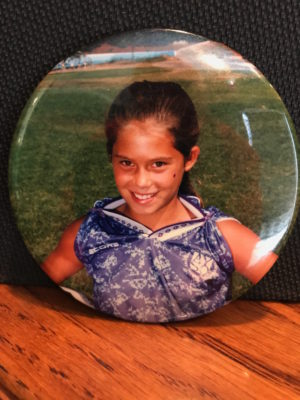 Curry arrived at San Diego State University in 2005 a little burnt out, however. She’d torn ligaments in an ankle and thought her playing days were over. But a close high school friend, football star Devin Adair, urged her to keep playing soccer.

Adair, a tight end who’d earned a scholarship at the University of Tulsa, tragically passed away that year after developing a deadly infection. In part to honor him, just weeks after Adair’s passing, Curry relit her own competitive fire and went for a tryout for SDSU’s club soccer team.

“I was in tears just going through the tryout, and I remember them being like, ‘We don’t really need a defender,’” Curry recalled. “I was like, ‘Just give me a shot.’”

She made the team, but the coaching staff told her she probably wouldn’t play very much. Curry kept working, and when the team’s starting center back was injured, she jumped at the opportunity. She became a starter, and that year — her sophomore year — helped lead the team to a national championship.

“We were like the Bad News Bears,” she said. “Nobody thought we should even be there. It was a crazy year. When we won the finals, first I peed my pants, and then I cried. It was the most amazing turn of events that just got me there. I still thank Devin for inspiring me.” 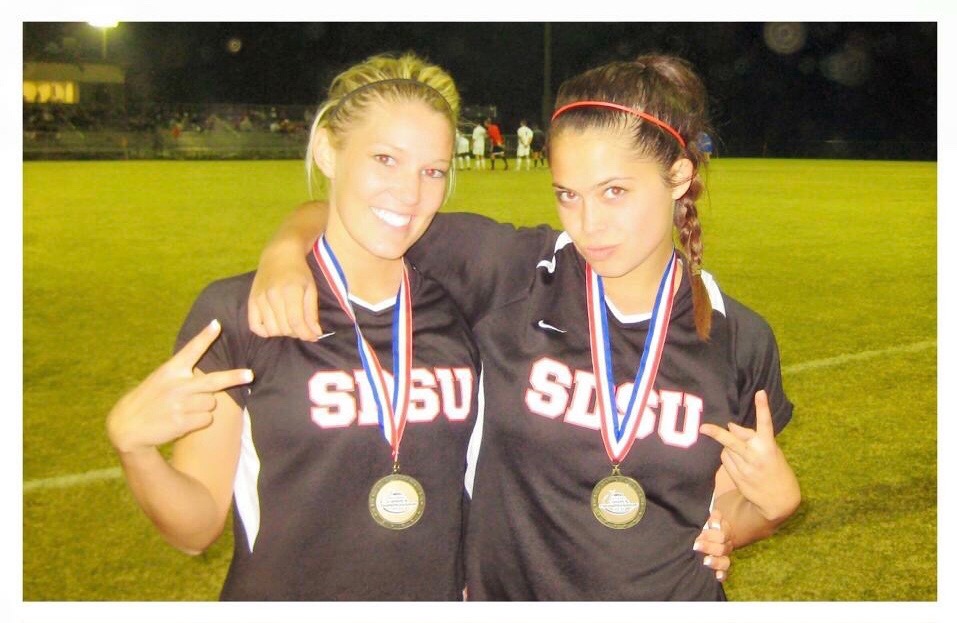 That same year, she took an internship with Joe Lewis Productions in Manhattan Beach and learned all the tools of the trade behind the camera, from logistics to food to lighting. She’d sometimes leave a test at school, drive two hours to a shoot, and then drive the two hours back that night. Her hustle was noticed. She was hired as an on-camera personality for Direct TV’s championship gaming series. By her senior year, she had two goals: to host for E! Channel and Fuel TV. She obtained an internship with the Fuel, commuted the two hours from SDSU to LA, and then caught a break. One day, she was asked to research a photographer, Mike Blabac, who’d photographed skateboarding on the Great Wall of China. She dug into the research and was brought along to the shoot as an assistant. The host didn’t ask all the questions Curry had prepared, so after the shoot, her natural curiosity led her to ask Blabac the rest of the questions. The producer saw her and started filming her. Before she knew it, she was doing her first “stand up” segment outside the event. She was subsequently hired as a host, and then, after graduating later that year, was also hired as a host on E!.

To make ends meet, between her various gigs, Curry worked as a bartender at Sharkeez in North Manhattan Beach, sometimes cleaning up until 6 a.m. only to be on set by 7 a.m. But of course she made the most of that, as well: while bartending, she met a producer for Fox Sports  and successfully pitched an idea for a show about the real lives of MLS soccer players. Soon after, she was a FSW regular, eventually hosting a weekly show about the LA Angels.

This all brings us to May 21, 2013, when Curry filled in as sideline reporter for a game between the Seattle Mariners and the Angels. That day, center fielder Mike Trout made history, becoming the youngest player in major league history to “hit for the cycle,” meaning a single, double, triple, and homerun in a single game. He was 21, a few years younger than Curry, and she was there on the sideline to interview him after the game in front of 40,000 fans and a few million television spectators.

“It was the only game I worked that year,” Curry said. “It was the beginning. Everyone knew how big Mike Trout was, but that was such a big moment.” 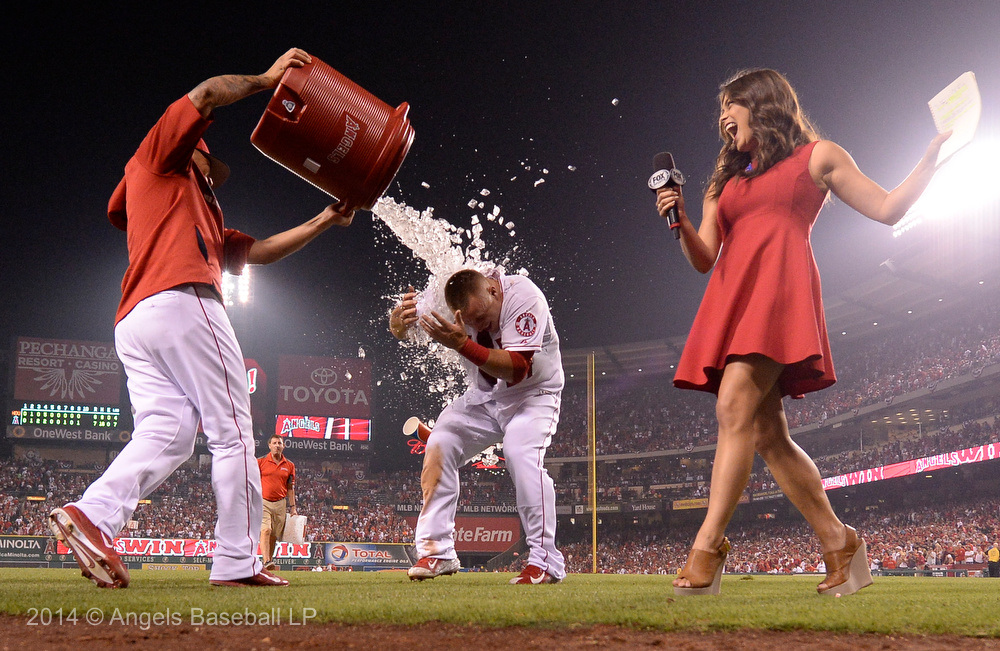 For most people, such moments are a bit terrifying, not only to be on camera, but in front of a stadium full of raving fans. But Curry, ever since she was a child doing her own interviews with family members, absolutely loved the moment the camera starts rolling.

She handled the moment with Trout with such aplomb that it caught FSW executives’ attention. The next year, she became the fulltime sideline reporter for both Angels and LA Kings games. Her star kept growing —  she was the reporter on the sidelines when the Kings won the Stanley Cup in 2014 — and then last year, another moment of luck arrived for which she was supremely prepared.

On the morning of July 1, she happened to be filling as a co-host in the hit FS1 live sports talk show, Undisputed, with Shannon Sharpe and Skip Bayless when the biggest news in some time to hit the LA sports market was announced: Lebron James was coming to the Lakers. The show opened with a jubilant Sharpe and a cranky Bayless seated on either side of the effervescent Curry.

“I’m feeling special,” she said, leaning into the camera. “LA native, Lebron is coming to the Lakers, I get to fill in today. I’m feeling pumped.”

Again, executives at FOX, or what Curry and her colleagues call “Big FOX,” took note. Soon, she was doing sideline reporting at national college football games, and covering both the men’s and women’s USA teams for soccer. The latter checked off yet another of Curry’s long-held goals: “blending” her twin passions for soccer and being in front of the camera.

“It was crazy how it all came together,” Curry said. “It’s a full circle in every sense.”

For Curry, it was the same old story. Her preparation met opportunity. 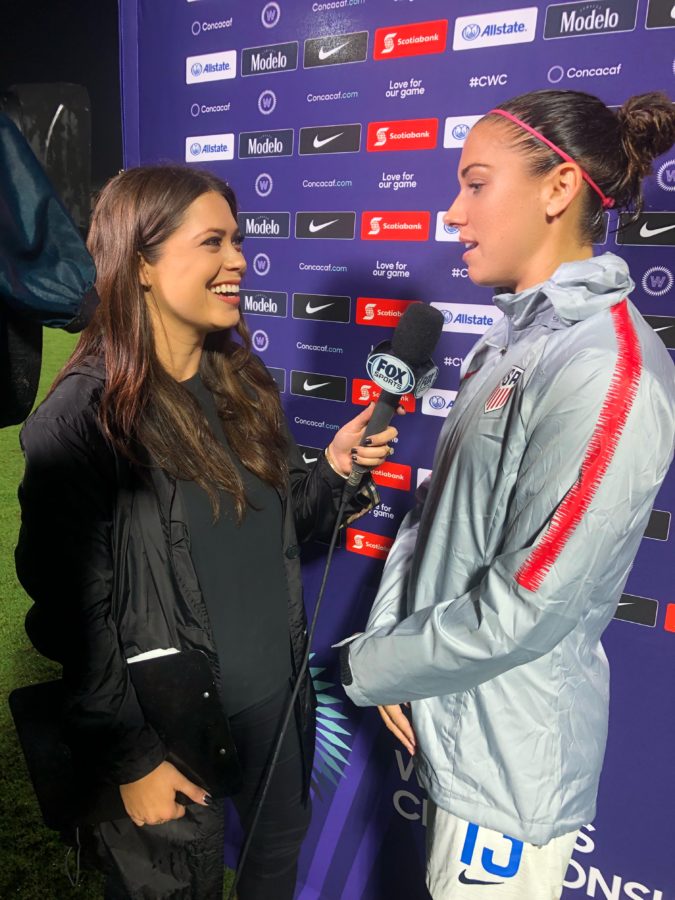 “Everything is practice,” she said. “It’s one thing I tell everybody who asks advice — there is no exact career path for what I do, but what I tell them is every single day you can do something better. Work on your craft. Because you can always be better.”

She excelled at covering soccer, and FOX again took notice. In March, it announced that Curry would be an embedded reporter with the US Women’s team at the FIFA Women’s World Cup. The team, the defending champions, are the favorites to repeat, and Curry will be with them every step of the way.

“It’s so inspiring,” Curry said. “What people don’t see is how much work they put in, not just during the games or during practice. This is your life. And the dedication, the passion, just the level of their skills — I mean, these are the top women in the world. I feel honored just to be around them and share their story. It’s pretty special.”

Her journey began with a flight to Paris last week. Games commenced on June 7, and the US team hopes to still be playing when the championship game takes place July 7. Curry is prepared.

“I’ve perfected my craft, now it’s on to the biggest stage with the best women in the world with the sport I grew up playing,” Curry said. “It’s my biggest opportunity yet. It’s crazy. I’m right where I need to be, and as prepared as I need to be. I feel confident and prepared and exhilarated and just so unbelievably grateful. I am the one reporter in all the United States, the one person who gets to follow Team USA as the embedded reporter for FOX. It’s really cool if I wrap my head around it.”

“You never know,” Curry said. “You get that opportunity, just one game, and you can blow someone away. It’s kind of the story of my life, both in sports and broadcasting. Just give me a shot.”