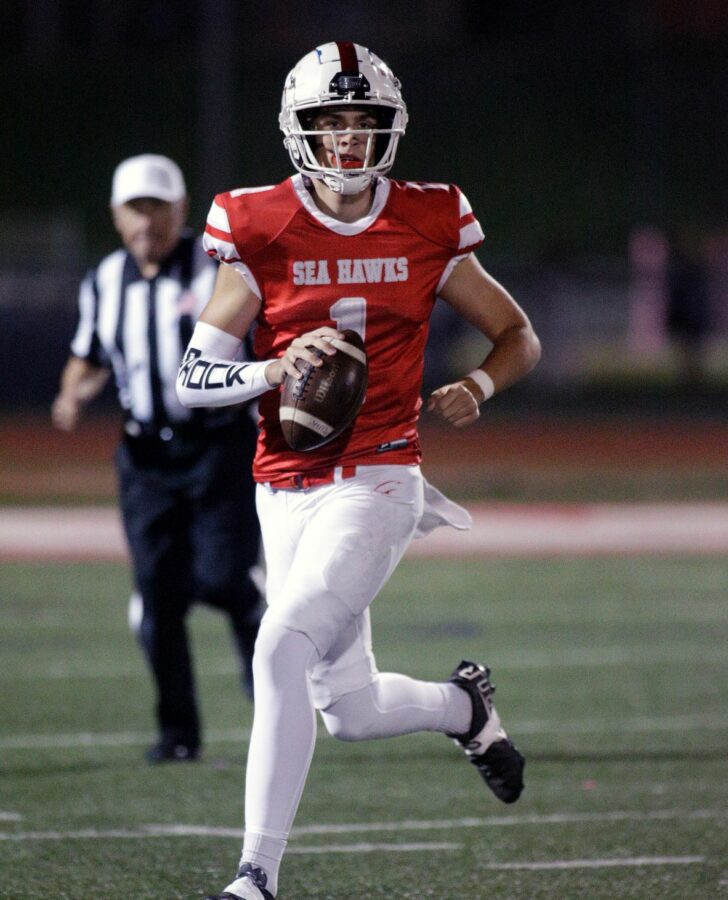 The Lakers are now 0-3 after Sunday night’s depressing 106-104 loss to the Portland Trailblazers, in which they blew a 7-point lead with less than two minutes left.

But their winless start is not their biggest problem.

Their biggest problem is finding the right answer to the $47 million question: what should they do about Russell Westbrook?

The Lakers don’t want Westbrook on their team. He’s a turnover machine who can’t shoot beyond five feet, has an arrogant, petulant, me-first attitude, and wants to dominate the ball at the expense of LeBron James and Anthony Davis, the two stars the Lakers are counting on to at least get them into the playoffs.

And after just one year in a purple and gold uniform, Westbrook doesn’t want to be on the Lakers.

He hates that the fans boo him, hates that the media has turned a spotlight on flaws that were once hidden by his elite athleticism, and hates that he has gone from hero to zero in just a couple of years.

A graduate of Leuzinger High School in Lawndale and a two-year player at UCLA, he feels humiliated that what was supposed to be a grand LA homecoming has turned into a nightmare on Fig right in front of his friends and family.

And he really hates the “Westbrick” nickname fans and media gave him last year when it became clear that his once-respectable shooting percentage had regressed to the point where he is now one of the worst outside shooters in the entire NBA.

He hates it so much that late last season he stopped and confronted a court-side fan who was using it. The fan quickly backed down to the menacing superstar who was suddenly all up in his grille. That was a case of a smart fan and a stupid star.

So what’s the solution to this ever-worsening Westbrook mess, which so far has obscured the reality that the Lakers have all kinds of other problems to contend with?

Just get a divorce and get it over with?

Trade his sorry ass or even just cut him loose as a free agent?

Pay him what you owe him and let him walk away and try to catch on with some other team who wants a 33-year-old has-been hell-bent on taking over a team?

Well, actually there are 47 million reasons why it’s not that simple.

That would be the $47 million the Lakers owe Westbrook for this season. Not only does that make him untradable — unless the Lakers are willing to throw in their 2027 and 2029 first round draft picks as a serious sweetener for any team willing to take on his albatross-of-a contract – but just cutting him and eating that $47 million would make owner Jeanne Buss and General Manager Rob Pelinka a league-wide laughingstock.

And they definitely don’t want that status, since they’re already trending in that direction.

They already gave up the defensive guts of a championship team to trade for Westbrook after he had been on three teams in three years – Oklahoma City, Houston and Washington — and it never worked out for him or the team.

But when LeBron demanded they give up Kyle Kuzma, Kentavious Caldwell Pope and Montrezl Harrell for Westbrook, Pelinka saluted and made it happen.

And now the fans who pay their hard-earned money for over-priced seats, over-priced merchandise and over-priced food and drink are mad as hell – madder even than the Dodgers fans who are still recovering from the shock of watching their boys in blue bow out in the first round of the post-season playoffs last week.

All Ball was lucky enough to have a courtside seat – well, actually 10 rows up from courtside, but it felt like it was courtside thanks to the Lakers thumping noise machine that never shuts down – to watch this dilemma-without-an-obvious solution play out Thursday night when the Lakers hosted the Clippers in their first home game of an already disastrous season.

First, after the opening night loss to the Golden State Warriors on Tuesday, LeBron James had complained to the press that the team had no outside shooting to capitalize when either he or Davis went to the basket and attracted multiple defenders.

“I don’t know. I think we’re getting great looks, and I think there also could be teams giving us great looks,” he said. “I mean, to be completely honest, we’re not a team that’s constructed of great shooting. And that’s just what the truth of the matter is. It’s not like we’re sitting here with a lot of lasers on our team.”

And if you were wondering if that was just an off-the-cuff comment that came out wrong, it wasn’t. LeBron never says anything without thinking through the probable fallout.

And on a follow-up question, he doubled down. “I mean, let’s keep it a buck: It would be like a football team – if you had a football analogy – and you had a bunch of guys who were underneath route runners, and yet you’re wondering why the quarterback is not throwing 20-yard passes down the field,” he said. “That’s how the team is constructed.”

While he didn’t mention Pelinka’s name as the cause of this massive failure in roster construction, he didn’t need to: the blame he was pointing at the GM was as bright and obvious as one of those gigantic neon-billboard signs that wrap around the buildings of LA Live, the area surrounding the former Staples Center where both the Lakers and Clippers play their home games. (I know, I know.  We’re supposed to call it by its new name, Crypto.com Arena, and most of the mainstream media provides this predatory company free advertising every time they mention the Lakers or Clippers. But All Ball refuses to go along with it. Call me a crypto-denier.)

The second and more pressing controversy erupted after the Lakers last preseason game against Sacramento, when Coach Ham finally implemented the plan he had been talking about all summer: using Westbrook off the bench with the second unit so he could fill his natural point guard role, dominate the ball and not have to stand around in the corners while LeBron dominated the ball.

It seemed to work OK, but after the game Westbrook said he had tweaked his hamstring because his warm-up routine was all messed up after learning he would not be a starter for the first time since his rookie year with Oklahoma City.

“Honestly, I didn’t even know what to do pregame,” he said. “Being honest, I was trying to figure out how to stay warm and loose. For me, obviously, the way I play the game, it’s fast-paced, quick, stop-and-go. And I just happened to, when I subbed in, I felt something. … Didn’t know what it was, but I wasn’t going to risk it in a preseason game. But definitely wasn’t something I was used to. Wasn’t warm enough.”

Translation: the Lakers and Coach Ham messed with my health and they better not do it again. I’m a starter and I deserve to stay a starter just because I’m a former NBA MVP.

The fallout from that crazy complaint was immediate: Westbrook was re-inserted into the starting lineup for the Golden State road opener, where he played decently, and for the Thursday night battle for LA bragging rights with the Clippers, where he played like a guy determined to do whatever it takes to get out of town.

In section 110, row 13 the fans were well aware of Westbrook’s unhappiness and were all too willing to pile on. Every time he got the ball and even looked like he was thinking about taking an outside shot, fans began yelling things like “Don’t do it, Westbrick,” and “Pass the rock, you ball hog,” and “You suck.”

He threw up so many bricks they could have used them to build a new wing of the arena formerly known as Staples Center.

By the end of the game, he was 0-for-11, and only one of his shots even came close to being good.

The upside: Lakers fans – and it was mostly Lakers fans, with a healthy sprinkling of Clippers fans thrown in – got to see history being made.

In the game not only did Westbrick shoot 0 for 11, but the other starting guard, Patrick Beverly, shot 1 for 7. And the first guard off the bench, Kendrick Nunn, shot 0 for 7. In other words, the Lakers three top guards combined to go 1 for 25 from the field.

A quick trip through the NBA record book revealed a startling fact: it was the worst performance by a team’s backcourt since 1970.

Here’s the bottom line for distraught Lakers fans: If Pelinka doesn’t make a significant move to ditch Westbrook and add some outside firepower soon, the Lakers season could effectively be over by Thanksgiving.

I wonder what LeBron will have to say about that? 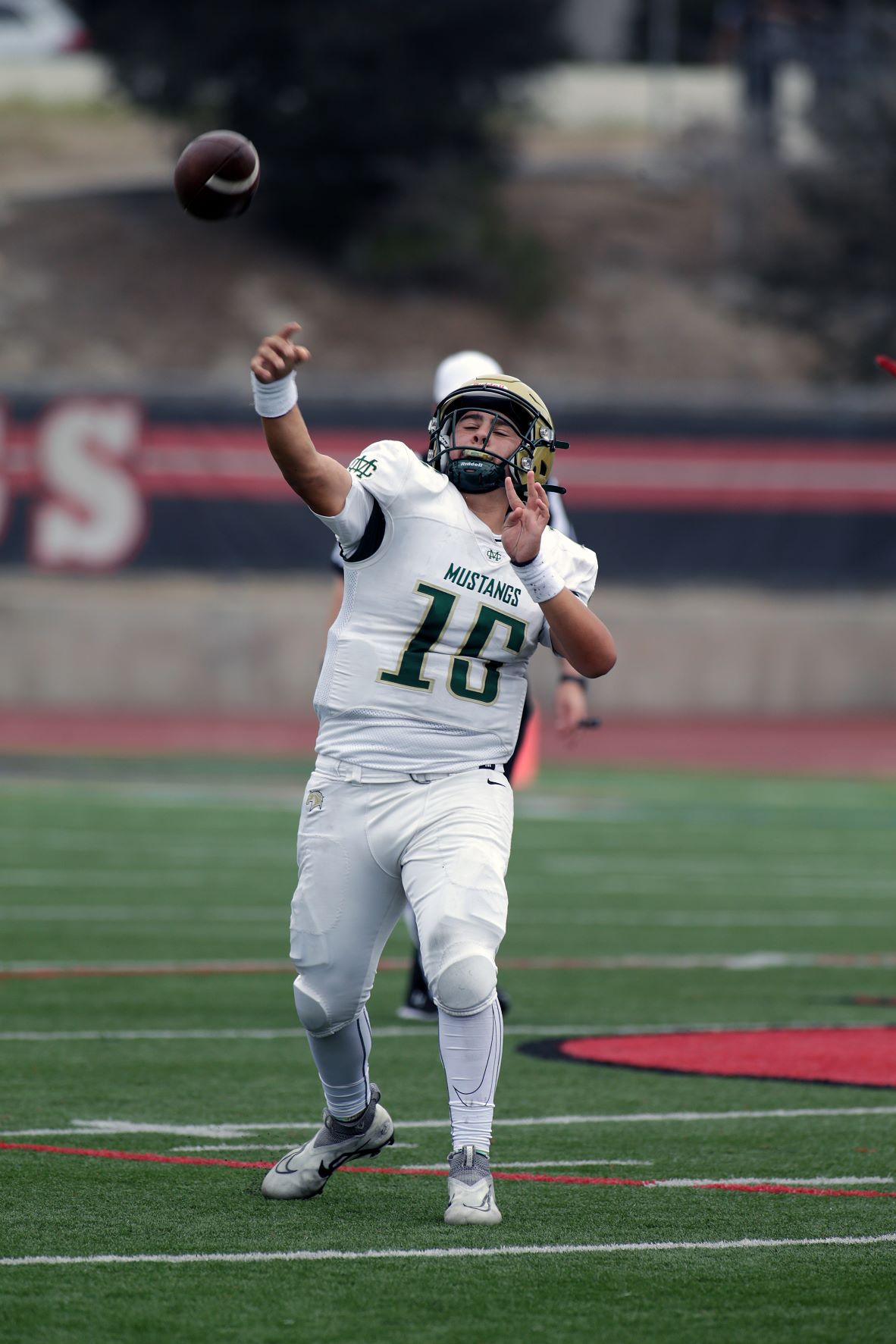 The Battle of the Beach is on for Friday night

Both the Mira Costa football team and the Redondo football team come into the annual end-of-the-regular-season backyard brawl fresh off a victory and determined to win their season finale and power their way into the playoffs.

Mira Costa destroyed Peninsula 41-8, making it 15 consecutive wins for the Mustangs over the Panthers.

Meanwhile Redondo bounced back from two straight shutouts to get healthy with a 24-14 win over Santa Monica. The win lifted the Saw Hawks overall record to 7-2, but only 2-2 in the Bay League.

Senior quarterback Christian Hunt, who sparked the Sea Hawks to a 6-0 start on the season before their two-game scoreless swoon, reverted to his earlier form, with 123 yards passing and 56 yards rushing. He will be expected to carry the offensive load against Mira Costa Friday night.

Costa elevated its overall record to 7-2 while securing second place in the Bay League with a 3-1 record. Even if the Mustangs beat Redondo Friday night, they won’t have a chance to tie Palos Verdes at the top of the Bay League unless PV loses to Peninsula, a result about as likely as Donald Trump ever admitting he was wrong about anything.

While the 41-8 Costa score made the game look like a mis-match, it was actually close for a while before the Mustangs got so far ahead that they pulled most of their starters in the fourth quarter.

They scored on every possession except one and repeatedly prevented the Panthers, who moved the ball effectively but couldn’t finish their drives, from making it into a contested battle.

After the Mustangs had pulled so far ahead that the Panthers had no chance of catching up, much less winning the game, Sammy Sugden added two late touchdown receptions, the second from backup quarterback Dylan Karr, who completed 5 of 7 passes for 86 yards while allowing De La Cruz to stay healthy for the Redondo clash Friday night.