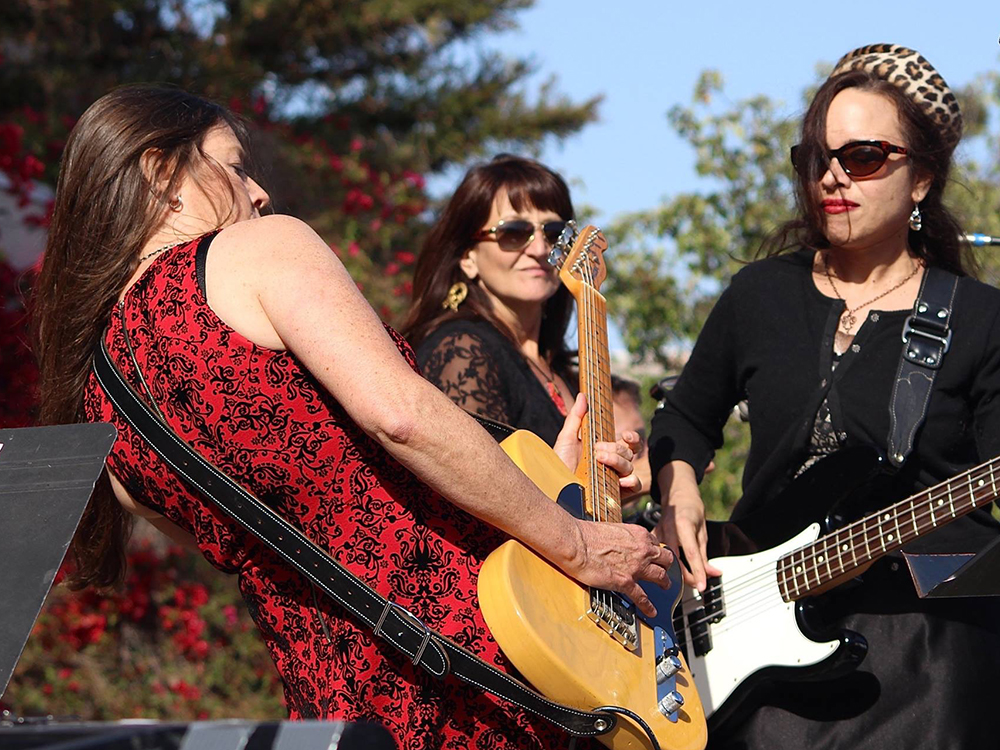 They’re coming from the lowlands, the north country, Toronto, Oakland and Hawaii, to pay tribute to the man from Hibbing, Minnesota.

The 62-song Bob Dylan set list is to be performed non-stop with no breaks or repeats, from noon to 8 p.m.

Groups, duos, solo artists and a “guitar army” of novices will be backed by “Hard Rain,” the Dylanfest house band, led by Andy Hill and Renee Safier, who started the tradition in 1991 at the Hermosa Saloon.

A rehearsal was held Sunday, with three more to go before showtime.

Along the way are new additions to Dylanfest (“Ring Them Bells,” 1989) and most of his best-known songs.

Participating musicians are invited each year and many have to be turned away. The 2020 event was held virtually.

“It gets to be quite a difficult choice,” said Hill. “We’re way more performers than we are producers.”

The spark for Dylanfest came when Hill read in the liner notes to the Bob Dylan box set “Biograph” about a party in New York at which people dressed as characters and themes from his songs.

Hill and Safier decided to have a similar costume event, for one of their regular gigs at the Hermosa Saloon.

“It started then, back in 1991, when there was mandatory smoking,” said Hill. “It was the year of (Dylan’s) 50th birthday, so we thought we better do it before it’s too late. Now we’re all older than he was then.”

The annual parties later moved to the backyard of Hill’s house.

“Then a lightbulb went off, and we thought, I bet people would pay to come see this,” he said.

So they sought out venues and sold Dylanfest tickets; Club 75 in Hermosa Beach, Anthony’s in El Segundo, Chevron Park, and St. Anthony’s School in El Segundo. All the acts volunteered, as is still the case today.

The concert has been held at Torrance Cultural Center for the past eight years.

“Most of the musicians are local. The crowd comes from far and wide,” said Hill, noting that it has become a reunion for people who once lived in the area.

Musicians range in age from 20 (Hill’s son Chase) to a 70+  for retired judge Rick Lyman on banjo.

The “guitar army” began as a way to incorporate youngsters and beginners, with up to 40 people strumming in a semi-circle on “Blowin’ in the Wind.” This year, Toronto guitarist, Flynn Tanner — the son of Hill’s best childhood friend — will lead it all on “Knockin’ on Heaven’s Door.”

“It turns out the sound of 40 people strumming is an incredibly moving sound,” said Hill, 61, who is from British Columbia, the son of a man whose career choice came down to doctor or opera singer.

Volunteers run Dylanfest, headed by Renee’s husband, Patrick Summar. Sandi Behar, another event volunteer, in 2013, added a free program, with ad space, to help cover costs. This year it includes an article about returning to the backyard of 1993.

Food and drinks will be supplied by The Depot Restaurant.

Entry is $30 in advance (andy&renee.com) and $35 at the door for the open-air performance in Torino Plaza. Children 7-14 are $10. A Covid-19 vaccination card is required, or proof of a negative test in the last 72 hours.

“I don’t think we’ve ever brought it in on time,” Hill said. ER