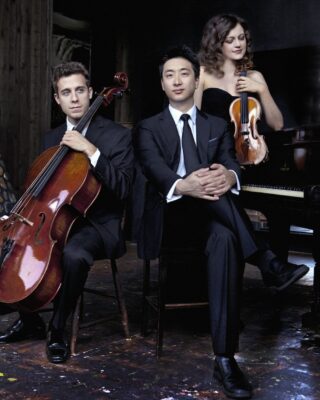 Karen King Russo, 25 year old Manhattan Beach resident, grew up with an endearing but troubled father. The co-founder of Travelodge Corporation, he was often referred to by neighbors as the “most unforgettable character I ever met!” While other dads fished, camped golfed, watched football and read Sports Illustrated, Russo’s dad wrote poetry, read Aristotle, crashed airplanes, and walked across their living room on his hands. Russo writes, in her new book “Costs of Creativity”,  that creative people and addicts often share the same characteristics.  This poignant memoir of one daughter’s life with a generous, artistic father who left a legacy of wisdom will resonate with other adult children of alcoholics. She reads Thursday evening at 7 p.m. Everyone is welcome to attend, but RSVP’s are appreciated.  Call 310-318-0900 or email at info@pagesabookstore.com. Pages, 904 Manhattan Avenue in Manhattan Beach.

Art on the college level

“Life Cycles,” being conversations and soliloquies with Poli Marichal, Marianne Sadowski, and Los de Abajo Printmaking Collective (including Kay Brown, Nguyen Ly, and Don Newton), opens with a reception from 7 to 9 p.m. in the El Camino College Art Gallery, 16007 Crenshaw Blvd., Torrance. There’s a gallery walk-through with the artists at 1 p.m on Tuesday, March 10. Through April 2, but closed March 16-19 for Spring Break. (310) 660-3010 or go to elcamino.edu.

will be performed by the award-winning Peninsula High School Drama Department starting Friday evening. Audiences of all ages will enjoy this lively, animated, playfully lyrical musical. The show runs through March 22 with shows on Friday and Saturday nights at 7 p.m. and Sunday matinees at 2 p.m. Tickets are $15, $10 for children 12 & younger and can be purchased at the door starting an hour before the program or online  at sites.google.com/site/penhidrama. Peninsula HS Performing Arts Center (PAC), 27118 Silver Spur Road in Rolling Hills Estates.

El Camino College faculty member Alan Chan will showcase his talents at 8 p.m. March 6 in Marsee Auditorium with a jazz/big band concert. A music instructor and director of several El Camino College jazz productions, Chan will take the stage to lead the Alan Chan Jazz Orchestra. Chan is a critically acclaimed jazz artist who has lived and toured in the United States, Asia, and Europe. Orchestras, college and high school bands, and jazz bands. He founded the Alan Chan Jazz Orchestra in 2012 which is comprised of top Los Angeles studio and jazz musicians. Tickets to the performance are $20 and may be purchased online at centerforthearts.org, by phone at 310-329-5345. . The El Camino College Marsee Auditorium, 16007 Crenshaw Boulevard in Torrance.

Life is a cabaret

Bettmann & Halpin are performing on both Friday and Saturday at 7:30 p.m. in the George Nakano Theatre as part of the Studio Cabaret Series. The acoustic duo moves from up-tempo, down-home fiddling to soulful and sorrowful ballads. Tickets are $33 and $43, and the venue is in the Torrance Cultural Arts Center at 3330 Civic Center Drive, Torrance. (310) 781-7171 or go to torrancearts.org. 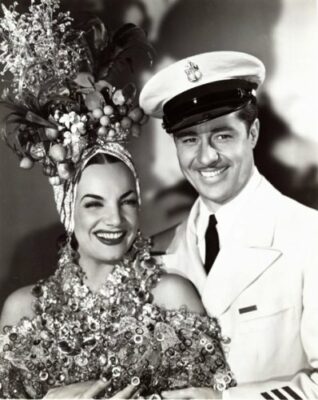 Old Town Music Hall presents “That Night in Rio” showing March 6, 7 and 8. “That Night in Rio” is one of the best musicals from 20th Century Fox filmed in Technicolor. Don Ameche considered this his favorite screen role and it was the sixth and final teaming of Ameche and Alice Faye. While the plot is totally implausible, the film is loaded with wonderful music and packed with fun from the beautiful Alice Faye and the hilarious Carmen Miranda. Screenings are Friday at 8:15 p.m.; Saturday, 2:30 p.m. and 8:15 p.m.; and Sunday at 2:30 p.m. Old Town Music Hall, 140 Richmond Street in El Segundo.

Bring some food, blankets and chairs and have your picnic under the Cherry Blossoms on the Sakura Meadow and Amphitheater Lawn at the South Coast Botanic Gardens. A self-guided tour and information sheet will be available. Tram tours will be available at 11 a.m. and 1 p.m. (additional fee of $5). They have partnered with the Gardena Valley Japanese Cultural Institute (GVJCI) to provide a number of cultural performances and activities. Sound for the event will be generously provided by VOX DJs. The festival runs on Saturday from 9 a.m. to 5 p.m. South Coast Botanic Garden, 26300 Crenshaw Blvd in Palos Verdes Peninsula. 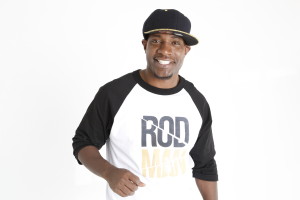 Best known as the winner of Last Comic Standing Season 8, comedian Rod Man is truly a gem in the world of standup comedy today. His unique delivery and voice capture the attention of audiences. Throw in his laid back style, southern charm, wit, and ability to find the funny in everyday life, and you have the ingredients for a future comedy star in the making. Rod Man takes the stage at the Comedy and Magic Club on Tuesday night at 8 p.m. Tickets are $18 plus a two item minimum. Comedy and Magic Club, 1018 Hermosa Avenue in Hermosa Beach