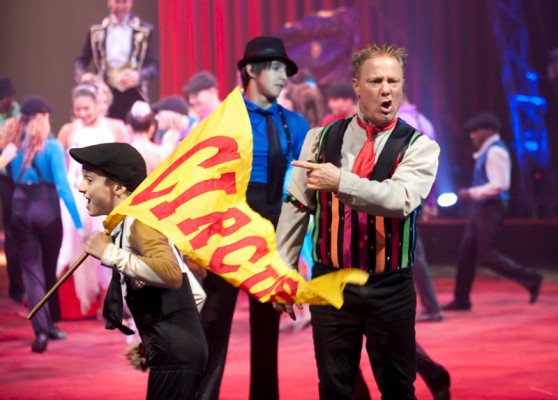 The Weiss family is one of the last modern-day circus families. They travel almost year-round in a 44-foot RV, traveling 3,000 miles and often performing two shows a day. Parents Jon and Laura were high school sweethearts. After Jon graduated from Clown College the couple married in the center ring dressed in their performing clothes; Jon as a Clown and Laura as a showgirl. After giving birth to their first son they decided that they would leave the circus soon. After three children, they are still living the circus life, raising their children close by their sides.

Circus Vargas will be performing at the Del Amo Fashion Center in Torrance until November 19. Their final two stops of the year will be in Arcadia and San Pedro. Visit www.circusvargas.com for more information. 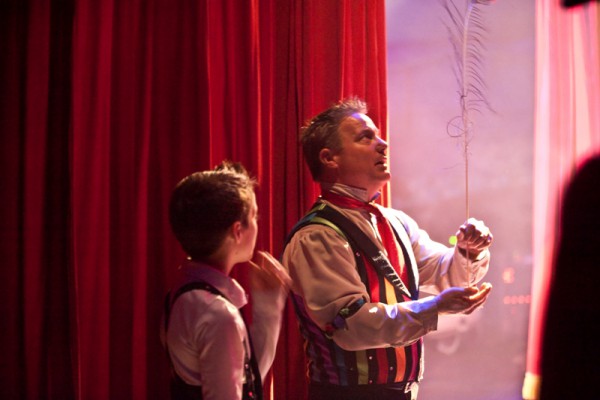 Jon Weiss teaches his son Max how to balance a peacock feather shortly before going on stage. The children who travel with the show go to school every day except Sunday and are only allowed to participate in certain acts.

Circus Vargas travels about 3,000 miles every year. Setting up the tent takes about two days, and everybody, even performers, pitch in to get it ready for show time. “It’s a city without a zip code,” said Jon, who is in charge of arranging the things outside of the tent. Circus Vargas was featured in the movie, “Water for Elephants.” Jon acted in a couple scenes as a clown. 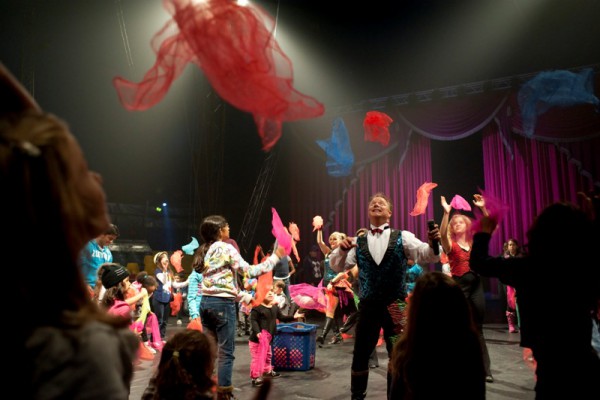 Jon and his wife Laura perform during the pre show. They invite families into the ring and teach children how to hula hoop and juggle. “It’s about the commitment to laughter and the enjoyment of the show,” said Jon, who performs different acts throughout the show. 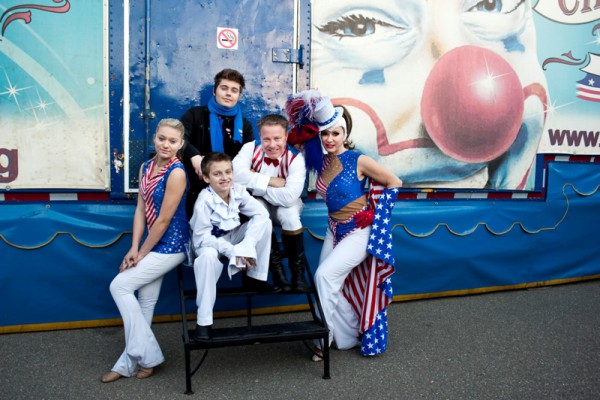 Jon and Laura have raised their children Jonny, 18, Nicole, 15 and Max, 12, on the road. “I always admired families who dedicated their lives to the circus,” said Jon. “It’s a lost generation and I’m happy to be one of them.” Jon said that he feels lucky because he gets to spend all day with his family and the circus life is especially safe for the children because everybody keeps an eye on them.

Jon is the first generation of his family to join the circus. He went to clown college at 19 because he wanted to entertain and make people smile. He discovered his balancing skill when he was 12 while doing household chores. “I put the rake on my foot and how it got to my chin I don’t even know,” he said. 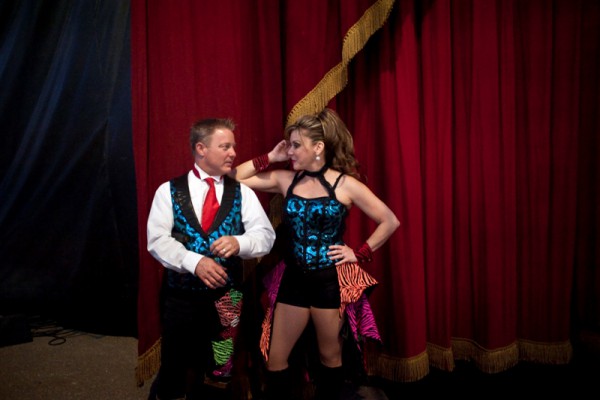 Jon and his wife Laura, a showgirl, were high school sweethearts. They got married in the center ring dressed in their circus costumes. “I wore more makeup than my wife,” said Jon, who was dressed like a clown. 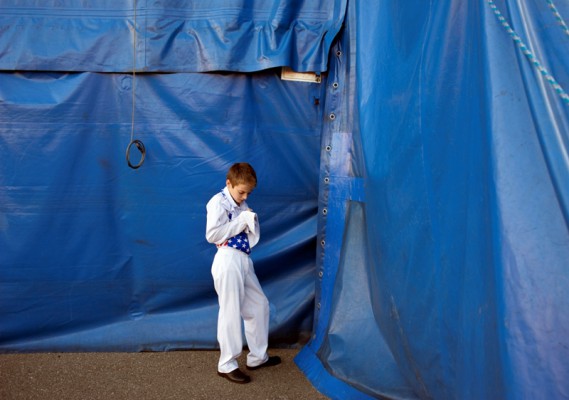 Max gets ready for the final act of the show. Unlike his older brother, 18-year-old Jonny, Max and Nicole want to stay in the circus.

Jon has acted in the movie “Water for Elephants” and has also participated in the 4th season of the television show “The Amazing Race” in 2001. He competed with his friend Al Rios are a team of Best Friends/Clowns and ended up getting 4th place.