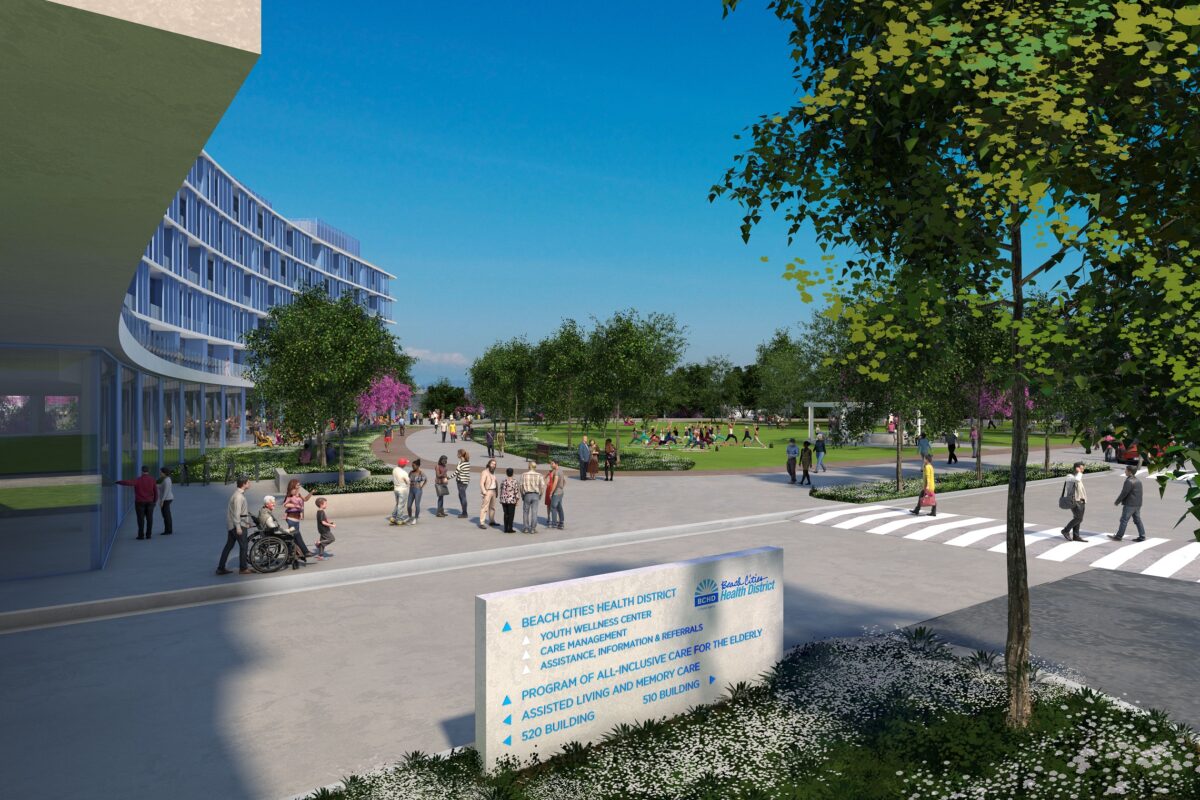 The allcove wellness center is slated as a permanent tenant of the proposed Beach Cities' Healthy Living Campus. Rendering courtesy of BCHD

A new youth wellness center will open at the Beach Cities Health District (BCHD) in Redondo Beach this fall, intended as a “one-stop shop” for mental health services, resources and support.

Funded by a $2 million, four-year state grant, to serve ages 12-25, the effort is part of the “allcove” model developed by Stanford University’s Department of Psychiatry and Behavioral Sciences’ Center for Youth Mental Health and Wellbeing.

“We really think this is important for prevention and early intervention,” said Ali Steward, BCHD director of youth services.

The center is slated to be a permanent feature in the Health District’s proposed Healthy Living Campus.

“Our Youth Wellness Center will serve a high need we’re seeing in our community for mental health resources for young people,” said Tom Bakaly, Beach Cities Health District CEO. “In partnership with allcove, we have a unique opportunity to meet this need and support our students and young adults in a way that hasn’t been available before.”

Assisting to plan the facility is the Beach Cities Partnership for Youth Coalition, made up of more than 200 students, parents, teachers, mental health providers and more.

A group 8th to 12th-grade students toured the space where allcove will be located, in the former South Bay Hospital building. A committee of people ages 16 to 25 will act as an allcove Beach Cities Advisory Group.

The allcove grant is one of five issued to open centers in California, funded by the state’s Mental Health Services Oversight and Accountability Commission. ER