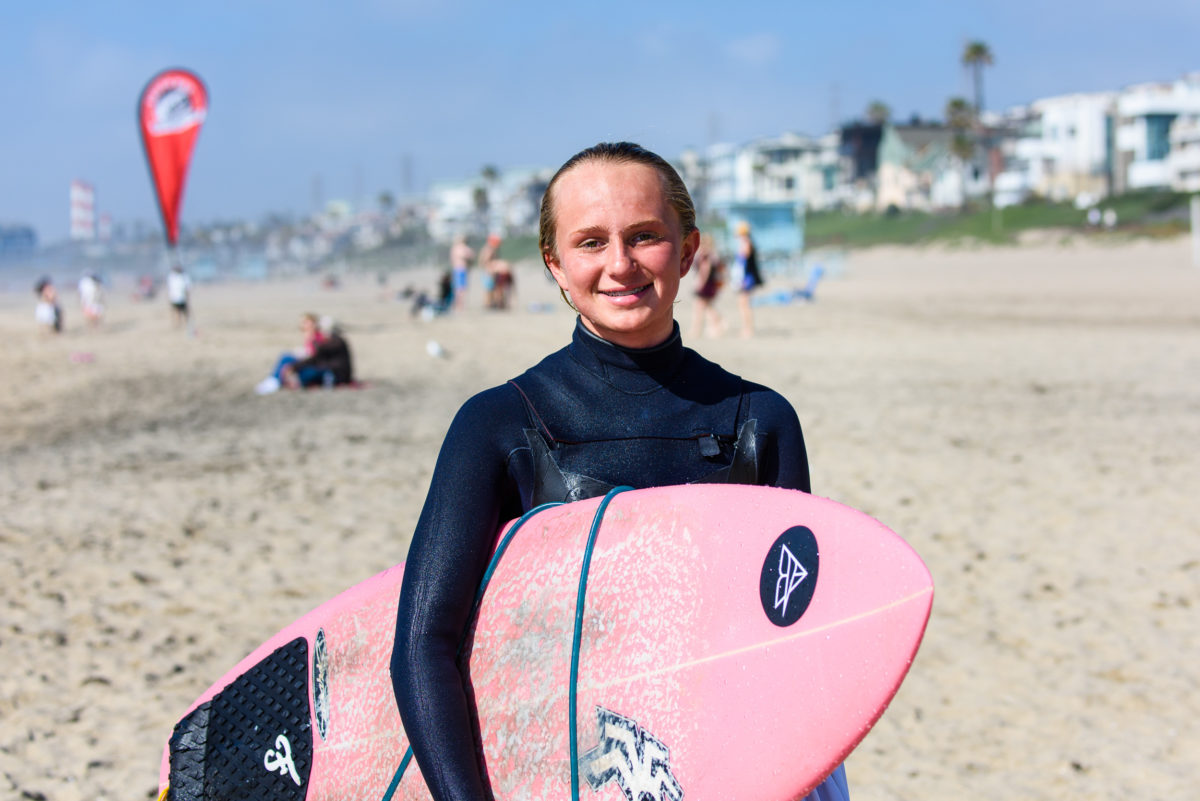 Remi Pappas, who graduated from Mira Costa High School last week, had been planning to attend Outside Lands, the music festival held in August at San Francisco’s Golden Gate Park. But massive public gatherings like concerts and professional sporting events are seen by public health officials as particularly risky for spreading COVID-19. They are among the last things California will permit to return in its phased reopening approach. Many destination festivals like Coachella and Stagecoach have issued cancellation announcements.

Pappas isn’t optimistic about Outside Lands. She’s thinking the beach is about as far as she will travel this summer. As of Tuesday morning, the landing page of the festival’s website features a large blue icon with a block of yellow, sans-serif text. Geared toward hopeful attendees, it could easily be a motto for the pandemic itself: “STAY TUNED For More Info.”

Students at South Bay high schools graduated last week, tossing mortarboards into a world with more than seven million confirmed cases of COVID-19. Senior year, perhaps the most mythologized, nine-and-a-half months in American popular culture, ended before the season of banquets and pranks, ditch-days and prom. Graduation ceremonies raised the same concerns as concerts and ball games. For Mira Costa congregating in Waller Stadium was replaced with a stroll down The Strand. (The march, which has drawn criticism over photos showing a lack of face coverings and social distancing, was not an official school event.) For the vast majority of Beach Cities students who plan to begin college in the fall, on-campus instruction and living in dorms remain question marks, with ever-changing messages and pleas for patience from university administrators arriving in their inboxes. 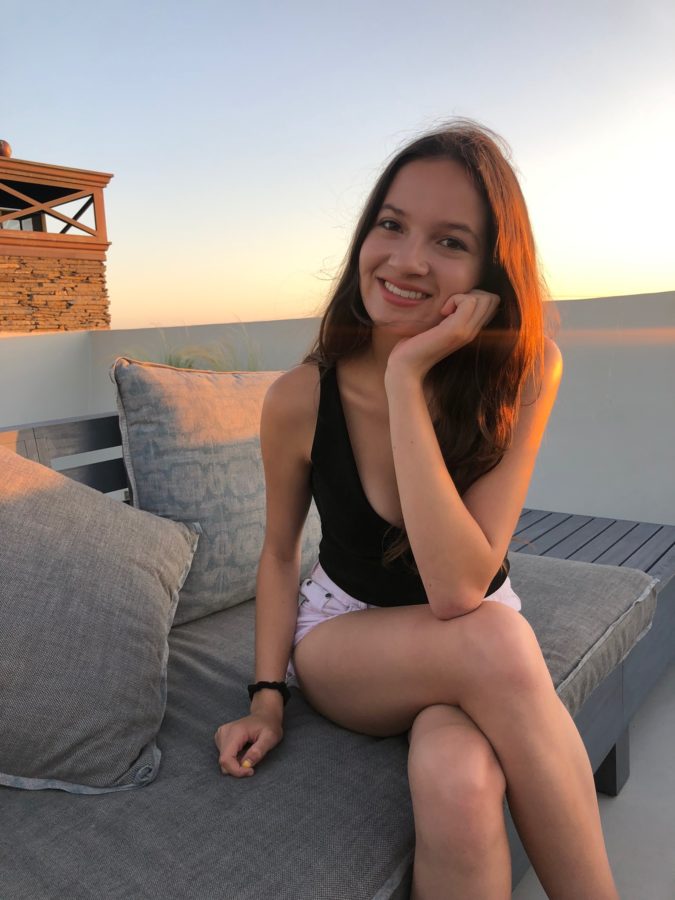 For Megan Seth, who also graduated from Costa on Thursday, it has been a feeling that “nothing is set in stone.”

Seth plans to attend Cal Poly San Luis Obispo in the fall, and had been hoping for a traditional freshman experience of living in the dorms. But in mid May, the California State University System announced it was planning for most courses in the fall to be offered online, as they were in the spring. Later in the month, Cal Poly’s president Jeffrey Armstrong said that “local conditions will allow for students to return to campus for significant in-person experiences.” The changing messages prompted Seth to form a contingency plan: if courses are offered only online and dorms are not open, she plans to remain living at home, and try to work as an EMT or certified nurse’s assistant in her spare time.

The pressure to make decisions comes at a time when Seth and others had hoped to be at their freest. After a challenging fall, she had hoped she would be able to take advantage of a more relaxed spring semester to see friends who might soon be on the other side of the country. Her first semester, along with being on the surf team and having a full schedule of classes, included an EMT class, which at times made her feel overscheduled. 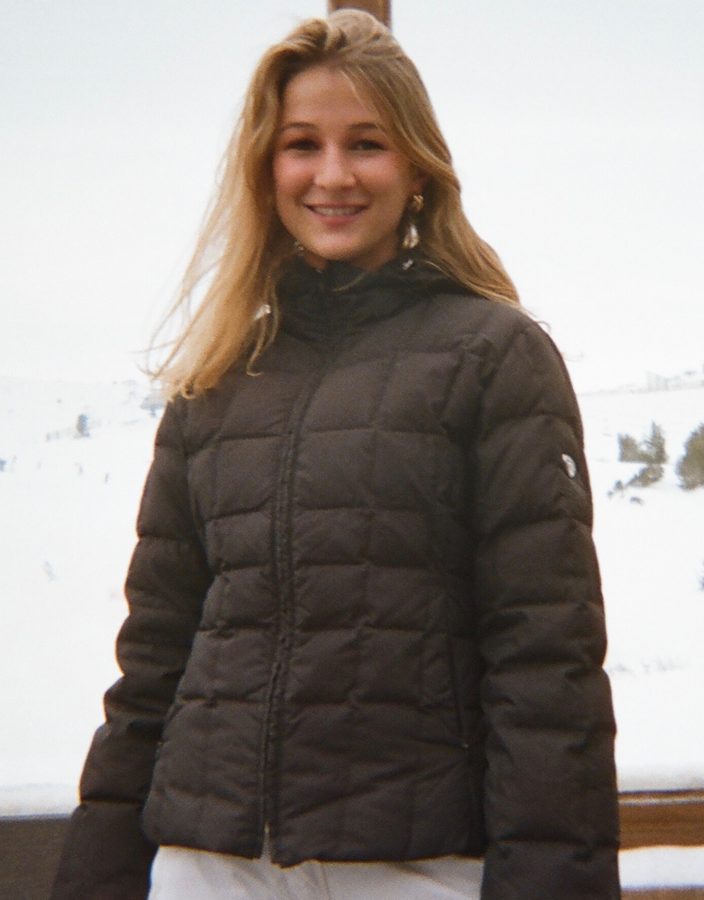 Recent Costa grad Kelly Martin said she has been making due with the constraints on social life. But the lack of official gatherings that bring the whole class together has left an undeniable dent in her experience.

“I have been able to see friends. We’ll get together outside, everyone stays six feet apart, and we’ll sit in lawn chairs and wear a mask. It’s the bigger events of senior year that I’m missing. Everyone looks forward to senior prom, and I’m really bummed that I didn’t get to go.”

Martin will attend UCLA in the fall. In an interview earlier this month, she said she had not heard from the university in a while, but had been told they would be unable to guarantee on-campus housing. On Monday, in a statement issued after the interview with Martin took place, UCLA said all but 15 to 20 percent of courses in the fall would be offered online; those offered in-person are likely to include those that are difficult to replicate over the internet, such as lab sciences and the performing arts. UCLA also said that it was aiming to “offer housing to as many first-year students as possible,” but that slots for dorms and on-campus housing would be “provided at a lower population density to a limited number of students.” Everyone entering campus or on-campus housing will be subject to “daily symptom checks.”

Pappas plans to attend Boston University, and feels she has a bit more breathing room than many of her classmates, because she got into a program that won’t begin classes until spring semester, when schools will have had more time to tinker with their operations. (Of course, it’s also possible that by January, the pandemic will have resurfaced in a second wave.)

The abrupt end of on-campus instruction in March left her without the usual opportunities to process and digest the experiences she’d had. Pappas participated in Costa’s award-winning Model United Nation program all four years of high school, and was sorry that the year-end banquet, which highlights the accomplishments of departing seniors, was cancelled.

“It was finally my year, the time to be with everyone and share our memories,” she said.

Recent Costa graduate Kenna Horgan also was also disappointed to have missed out on the touchstones of the end of high school.

“I’d always looked forward to my senior year. It’s the time when everybody celebrates you and your hard work. Not having commitment day, you lose out on this very good feeling of closure. Or prom, or senior prank senior ditch day rites of passage that everyone else got to experience,” Horgan said.

At the same time, Horgan said, she feels lucky. She has read about students’ experience with distance learning in the Los Angeles Unified School District, where many kids lack home internet access and depend on school for meals, and was well aware of the opportunities that being in a district in a well-off community provided her.

Horgan described a positive experience with distance learning, and said she was impressed that teachers were able to organize as quickly as they did. She acknowledged that her experience may have been unique, because her schedule this semester included an advanced placement research course, built around a single, lengthy paper. She researched the Equal Rights Amendment, and did case studies built around interviews with students. (One finding: boys were more likely than girls to believe that the amendment was unnecessary.)

In some ways, Horgan’s description of self-guided learning sounds a lot like what college is supposed to promise. For other recent graduates, however, the past three months have not left them excited at the prospect of more online instruction.

“I’m not engaging with the teacher, and that’s how I learn best,” Martin said. Some of her teachers have just been posting assignments on course websites, and she misses the interaction of an English class, the insight and excitement that comes with in-person discussions of literature. In a mild irony, she’s been filling her spare time by reading for pleasure, including F. Scott Fitzgerald’s “The Great Gatsby,” which is typically required reading for high school students.

Last month, in a videotaped address to high school graduates across the country, former President Barack Obama said the changes wrought by the coronavirus mean today’s graduates “are going to have to grow up faster than some generations.”

“It’s woken up a lot of people to the fact that the old ways of doing things just don’t work,” Obama said.

The 44th president delivered those words nine days before George Floyd was killed by a Minneapolis police officer, prompting waves of protest and social unrest throughout the country. The Mira Costa graduates’ march to the pier took them past businesses that, just days before, had been boarded up for fear of looting.

“Future historians will be asked which quarter of 2020 they specialize in,” the novelist David Burr Gerrard wrote on Twitter last week. For all of the disappointment and missing out that the class of 2020 has had to endure, they undoubtedly find themselves in the midst of the “interesting times” that are so often the subject of high school commencement speeches.

Horgan, who will attend USC next year on a Trustee Scholarship, said the topsy-turvy events of the past few months have opened at least one door. After an internship that she had lined up was cancelled because of the pandemic, she found another one that was created because of it. She’ll be working, remotely, with a group called One Shared World, which brings together students, educators and legislators to tackle the biggest problems in a spirit of “global interdependence.” Finding out that she had secured the internship, she said, was “probably the best day of quarantine.”

“The hardest part about all of this is that you lose the ability to look forward to things,” Horgan said. “There’s no end date for this whole virus. So having that has really made all of this a lot easier.” ER