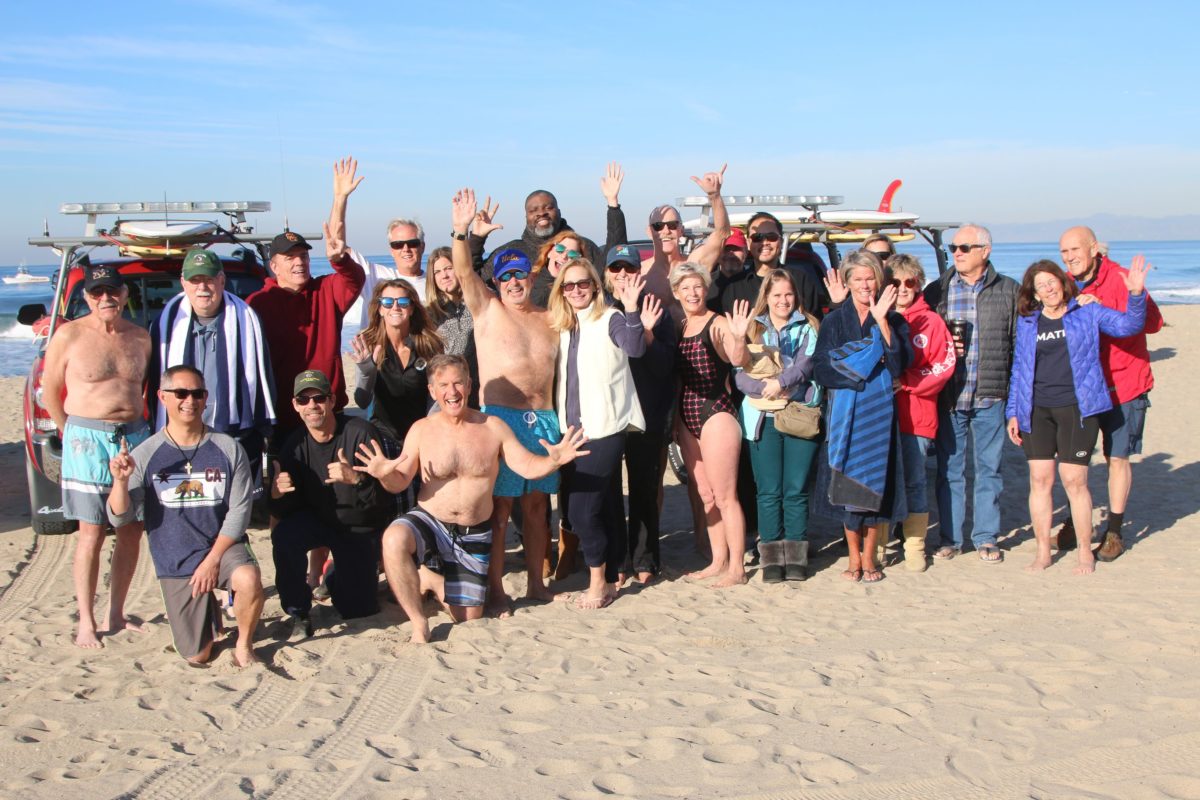 The Kushins cajole their neighbors to jump into the cold water by inviting them to their home after the swim for hot chocolate, mimosas,  muffins, lox and bagels and Terry’s famous egg and caviar torte. But the real draw is the opportunity to catch up on what’s happened over the past year with neighbors and former neighbors who return for the swim.