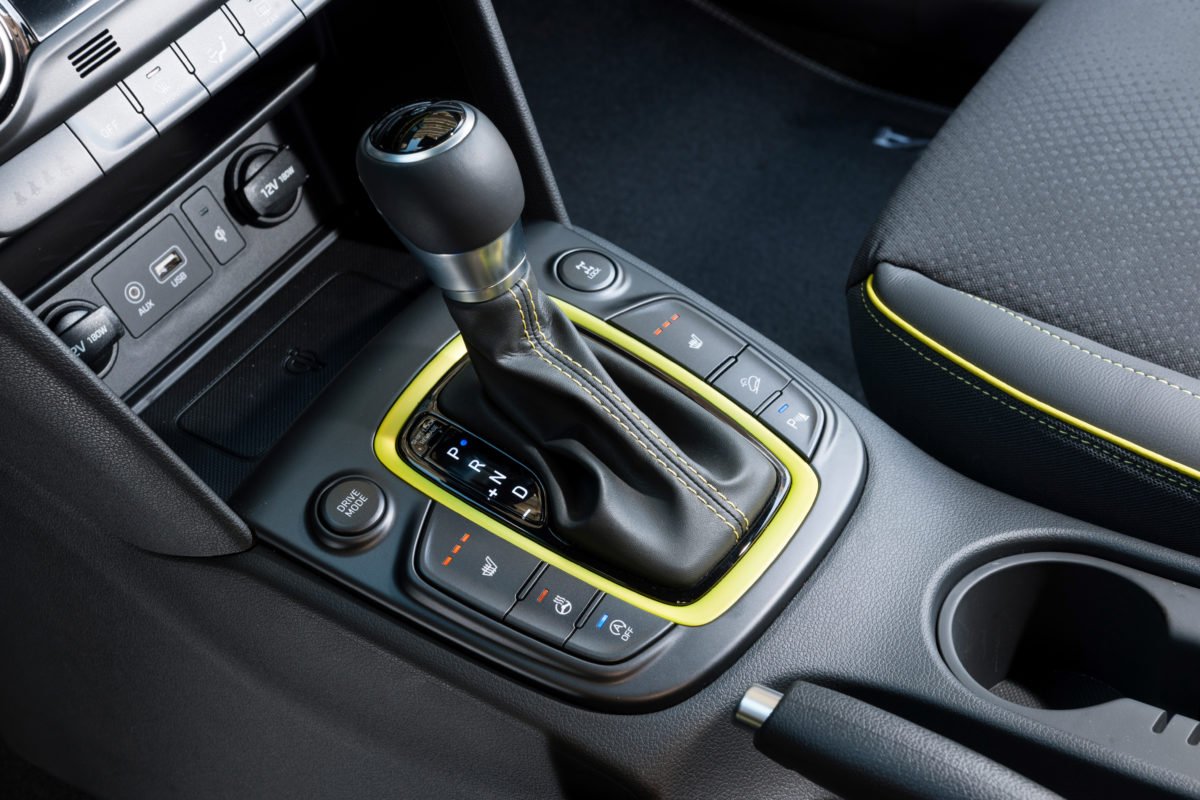 The Hyundai Kona transmission is tied to a turbocharged 4-cylinder engine that develops 175 horsepower .

While Hyundai may still lag behind the impact of decades of non-stop brand marketing by Nissan, Toyota or even Subaru, the South Korean automaker is turning out competitive vehicles of noteworthy quality.

The 2019 Hyundai Kona, a subcompact sport-utility, is a good example and will do nothing but help build on the company’s emerging reputation.

I recently test drove a 2019 “pulse red” Kona in the “Ultimate” trim line and found the little sport-ute capable of delivering agile handling powered by a peppy, turbocharged 1.6 liter, turbocharged 4-cylinder engine that develops 175 horsepower and 185 pound-feet of torque. That powerplant is mated to a smooth-shifting seven-speed dual-clutch automatic transmission.

Moreover, I found the 5-seater just plain fun to drive. I found the turbo on this engine reactive and ready and willing to give you that extra oomph when on a freeway onramp or when passing a truck. 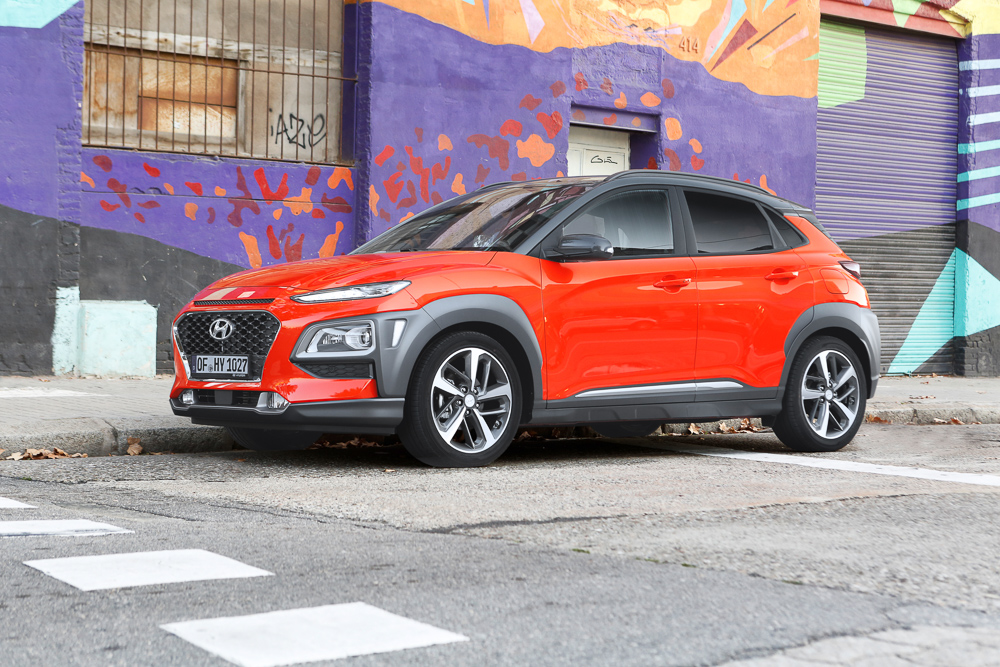 The 2019 Hyundai Kona, a subcompact sport-utility.

My front-wheel Kona handled itself generally well on both improved roads and unimproved dirt trails. While I wouldn’t take it too far into the Sierras, the Kona, with a locking rear differential and hill-descent control, does have some minor off-roading ability.

The multi link suspension in my tester absorbed most road surface issues. I found the Kona to be refined around turns with a minimum of body roll.

Inside the Kona’s cabin you’ll find comfortable with supportive leather seats and an intuitive, easy-to-use infotainment center that features both Android Auto and Apple Car Play. My Kona also came with the aforementioned 8-inch nav/infotainment screen as well as an eight-speaker Infinity premium sound system. The cabin also featured a head’s up display for the driver, wireless device charging, satellite radio and HD Radio.

With the Kona’s “Ultimate” trimline you also get a power-adjustable driver’s seat, heated front seats and a leather-wrapped steering wheel.

My Hyundai also had smart-looking, 18-inch steel alloy wheels. But other than that, the Kona was not largely changed on the outside for 2019. The vehicle was given more safety features for the model year and Hyundai did roll out an all-electric version of the  the SUV, which I am eager to test drive.

The Kona competes mainly with the Mazda CX-3 and the Honda HR-V and has the advantage of a below-class-average starting price.

In terms of gas mileage the Kona scores admirable marks — 28 mpg in the city and 32 mpg out on the highway.

As mentioned earlier, Hyundai is very sophisticated in its vehicle pricing and is, naturally, going after a larger slice of the popular overseas subcompact SUV market.

As I often say, purchasing a vehicle is a very personal thing. Only you know whether a car, SUV or truck “feels” right and worthy of your hard-earned dollars. And the only way for you to know that is to get it out on the road for a test drive.

I recommend that you drive all the competitors in this division but, that said, I do recommend you putting the Kona on your shortlist.