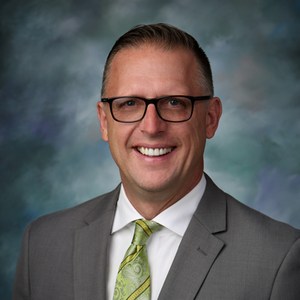 Mira Costa High School Principal Ben Dale has come under fire for comments he made prior to the student body’s daily Pledge of Allegiance on September 11.

The American Humanist Association, responding to a Mira Costa teacher’s complaint, sent a letter to Dale and Manhattan Beach Unified School District Superintendent Michael Matthews warning that the principal’s remarks, made over the  school’s public address system, that he was “personally offended by any teacher or student who did not stand for the Pledge” infringed on students’ free speech rights. The letter said Dale reportedly canvassed the school “in an effort to see if anyone was not standing for the ritual.”

The letter, dated Sept. 18 and written by Monica L. Miller, the organization’s legal director, said that the right of a student to not stand for the Pledge is generally protected by the First Amendment and specifically upheld in Supreme Court and lower court rulings directly concerning students and the Pledge of Allegiance ritual.

“Consequently, any action by your school district or its agents infringing upon that right would be actionable as a serious constitutional offense,” Miller wrote.

The American Humanist Association is a Washington D.C.-based nonprofit dedicated to promoting “secular humanism,” a philosophy that promotes ethical behavior irrespective of religious beliefs and actively defends the constitutional rights of secular and religious minorities. Its motto is “Good without God.”

“I know quite a few teachers were upset [by Dale’s remarks],” Olson said. “I don’t know if anyone else made a complaint. For me, as a Social Studies teacher, I teach the Constitution. We are talking about it right now, in class, and I always tell students: if people want to stand for the Pledge, respect them; those that don’t, respect them, also. So it was pretty shocking to hear that come from our principal. It’s your constitutional right, but when you are a principal, you have a lot of influence over students, so I was personally disappointed. I think [Dale] exerted a little undue influence.”

The AMA’s letter resulted in responses both from Matthews and Dale. On Sept. 20, Matthews sent a districtwide email to parents and other MBUSD community members addressing the matter. He noted that the Education Code gives schools the responsibility to discuss matters of patriotism, such as the Pledge of Allegiance, and suggested Dale’s remarks were misunderstood.

“It is clear to me that his intention was to express a deep reverence for our nation,” Matthews wrote. “This may have been misunderstood by some as a message that all must stand for the Pledge, and he has explained to me that this was neither his intention nor his belief. The principal’s personal opinion was not intended to imply direction or discourage any individual from exercising their rights.”

Matthews also included the full text of what Dale said on the PA system on 9/11. Dale began by noting that few students today were yet born on 9/11, and referenced the phrase popular at that time, “Never Forget.”

“So, teachers … take some time today to talk to students about where you were, how you felt, and how our society has changed as a result,” Dale told the student body. “ As for me, I’ve been asked how I feel about people, and students in particular, not standing for the Pledge of Allegiance that we do every day. While I’m personally offended by it, I respect everyone’s freedom to live, worship, and demonstrate how they choose to do so. Law abiding, free citizens have that right. I stand for the Pledge and the National Anthem, not because I like where we are as a country and a society, but to show my respect for those who died, like the victims of the 9/11 attacks, who gave their lives simply because they are Americans.”

Dale also followed up on Matthew’s email on Sept. 20 with a further explanation of his own.

“I have always felt as both a principal and as a veteran of the Armed Services that living in a free society includes the right to not stand and express yourself as you believe, and this is what I tried to convey in my message to students,” Dale said. “No one should ever be made to feel bad or defensive about that choice. What would bother me the most is anyone being pressured or stigmatized for their decision to stand or to not stand.”

Mira Costa history teacher Bill fired back via email the next day.

“With all due respect, Ben, you should have kept your own views out of the issue,” wrote Fauver, who has taught at the school for 33 years and is a former LA County Teacher of the Year. “It was unnecessary for you to inject your feelings either way… In fact, given your leadership position in the school it could logically be construed to be a form of coercion.”

Fauver suggested a “serious discussion” moderated by social studies staff may have been a better way to handle the issues of 9/11 and the Pledge of Allegiance rather than “a rather simple and too personal statement” delivered via the school PA system.

“There was no reason to explain what the pledge means to you,” Fauver wrote. “The pledge is, to many, more than a nationalistic ode to the military. To many it is a reaffirmation of principles that we may or may not be living up to. Some choose to say the words to remind them of those principles. Some choose to not say those words until we show a greater desire to improve. The point is an individual’s embrace of the pledge or their refusal to embrace the pledge, reflects their own ethos and sense of love of country, or patriotism, if you will, and should not be explicitly indicted in any way by a school leader.”

A spokesperson for the American Humanist Association said the organization was satisfied with the clarification issued by Superintendent Matthews and would not be pursuing legal recourse. The organization had demanded a response by Sept. 25.

“We are really happy to see that they did follow through and clarify that the district will continue to uphold the First Amendment,” said Sarah Henry, the AMA spokesperson. “We did not receive a direct response from the district and will be following up, just trying to get on the same page. But we are happy to see some internal action is being taken.”

Olson said he wasn’t impressed with Dale’s response to the complaint.

“I was a little disappointed,” he said. “It wasn’t really an apology. I was more like, ‘I’m trying to show how patriotic I was by telling you how patriotic I am over a loudspeaker, but we don’t expect anyone to stand and totally understand if you don’t.’”

“I know a lot of colleagues and some students feel, ‘What’s the big deal? Just stand for the Pledge,’” Olson said. “I don’t believe in the slippery slope argument, but it is a big deal. It’s like we believe in the Constitution but in this case you don’t have to follow it.”

Olson noted that the MCHS Faculty Handbook contains a section that likewise suggests everybody should stand for the Pledge. That handbook, which appears on Dale’s page on the MCHS site, cites Education Code section requiring a daily Pledge of Allegiance to the Flag of the United States. “The Pledge of Allegiance or patriotic music will be broadcast over the intercom daily during the first two minutes of second period,” the handbook states. “Teachers and students are expected to stand in respect during these patriotic exercises.”

Josie Collier, who is along with Madeleine Powell is editor-in-chief of La Vista, the MCHS student newspaper, said that Dale’s remarks on 9/11 definitely caught students’ attention.

“I would say when it initially happened it was a little uncalled for and a little unexpected,” Collier said. “But I would definitely also say there might have been some discussion among the student body, some kids upset and some neutral and some understanding Dr. Dale was exercising his First Amendment rights.”

But Collier said the remarks appeared resonate with a lot of students, since people seemed to take the Pledge more seriously that day. She said more students stood.

“Some people have a feeling the Pledge of Allegiance is kind of mechanical thing students do every morning, but definitely, since Dr. Dale served in the military, he has a different perspective for what it means,” Collier said. “Students do the Pledge every morning but don’t put a lot of thought into it. That day, there was just a different atmosphere after he gave his remarks.”

Shawn Chen, the president of the Manhattan Beach Unified Teachers Association, said that this is not the first instance that Dale has misspoken during his decade at the helm of Mira Costa.

“Things like the graduation speech where he told boys to ‘dress and act like Costa men’ and told the girls ‘No matter what they posted on social media, they were always beautiful in their fathers’ eyes,” Chen said.

Chen also suggested no clarification would have been issued were it not for the threat of a lawsuit.

“No action would be taken without a threat of legal action,” Chen said. “It’s remarkable how many issues this principal has with mis-speaking in his role as an authority figure….It was remarkable to many listening. Once he began with his personal opinion over the PA, it caught the attention it deserves. When speaking from a position of authority and broadcasting to the entire school community, leaders need to show awareness for the rights of all listeners. It can be disenfranchising to feel minimized by your principal in such a public way.”

Dale last year was named Secondary Principal of the Year for this region by the Association of California School Administrators. Matthews specifically praised his communication skills at that time.

“Being a principal of a 2,500-student school can be especially difficult in today’s climate. During Dr. Dale’s nine years, he has dealt with bomb threats, online threats, tragic losses, student protests, and contractual disputes,” Matthews said. “These difficult events require different styles of leadership every time. Dr. Dale has been strong, compassionate, present, and has communicated effectively during all of these times.”

At that time, former Mira Costa PTSA co-president Robyn St. Germain , who served with Dale, singled out his communication with students.

“His rapport with the student body,” she said, “is one of mutual respect.”