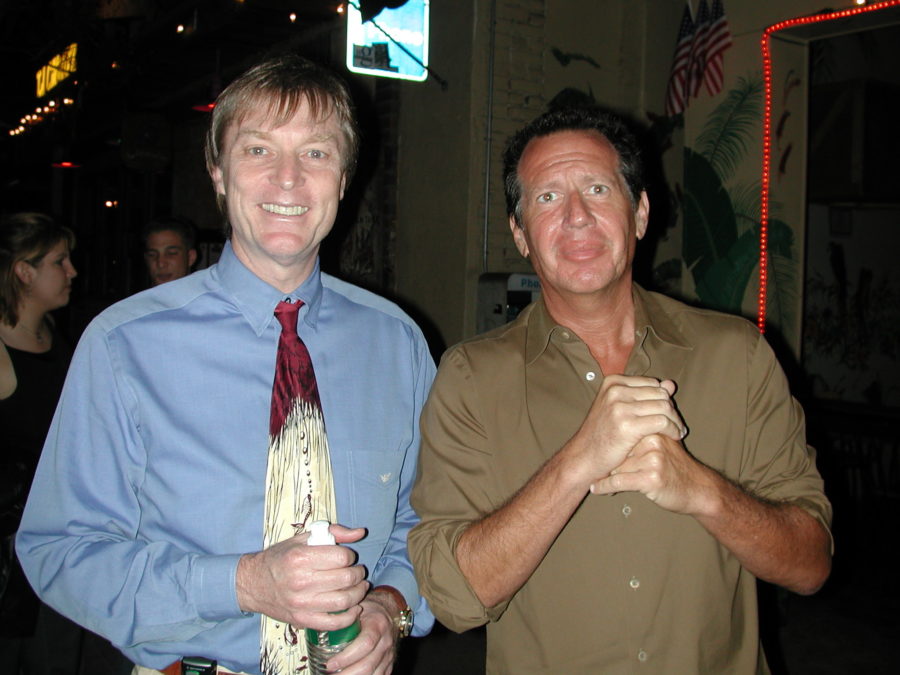 Mike Lacey with the late Gary Shandling, one of the many comedy super stars who have appeared at Lacey’s club. Photo

Mike Lacey with the late Gary Shandling, one of the many comedy super stars who have appeared at Lacey’s club. Photo

Even the late “The Merchant of Venom” Don Rickles would have had a hard time finding something unkind to say about the Comedy and Magic Club and its owner mike Lacey. For nearly five decades Comedy and Magic has worked to erase the image of comedy clubs as seedy bars with bad sound systems and strippers. The club is a Cathedral to Comedy. Smithsonian quality dioramas of famous comedians’ costumes include Seinfeld’s “Puffy Shirt” and Williams’ “Popeye” costume, as well as costumes worn by Charlie Chaplin, the Marx Brothers, WC Fields and Buster Keaton.

From the start, Lacey understood comedians needed to be respected. That included being paid, no matter what. The club’s early acts included unknowns such as Jay Leno, Kevin Nealon, Jerry Seinfeld and Jimmy Brogan. They return the early respect they were shown by regularly returning to perform.