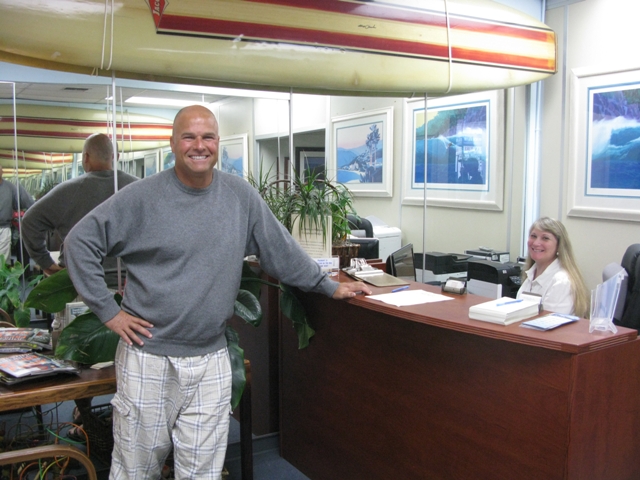 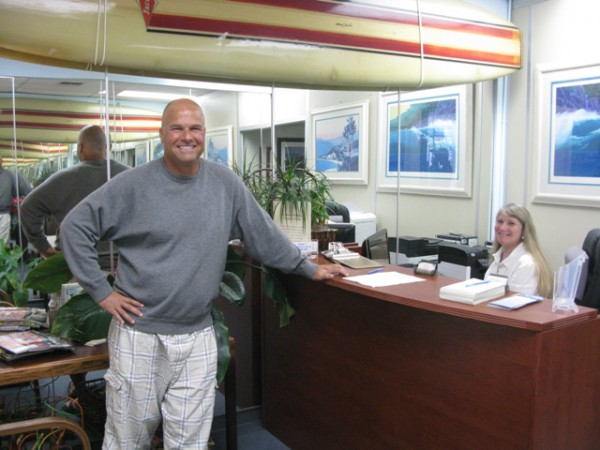 Chiropractor Derek Levy describes himself as a meat and potato kind of doctor who makes house calls and insists on explaining to patients the cause of their problems before treating them.

“There’s nothing magical about what we do,” he insisted during a visit to his Hermosa Beach office. “Chiropractors work with three basic parts of the body – bones, nerves and muscles.

“When a bone is out of place, it can pinch a nerve, causing pain. Then the muscles spasms as they work to hold the bones in place.”

“All a chiropractor does is put the bone back in place, so the body can heal.”

Levy compared a pinched nerve to a garden hose with a kink in it.

Levy was a competitive surfer in his youth and treats many surfers for neck and shoulder problems triggered not just by accidents, but simply by holding the head up while paddling.

The most common neck and shoulder problems aren’t from physical activity, he said, but from stress.

“We carry our stress in our neck, shoulders and mid back,” he explained, hunching his shoulders forward.

“Chiropractors don’t prescribe muscle relaxants or other drugs,” he said. Which, in part, explains what Levy described as the “political” controversy over chiropractics.

Levy isn’t opposed to more mainstream medical practices or the use of drugs. He routinely refers patients he can’t help to medical doctors. But the lifelong surfer and beach volleyball player prefers a more natural approach to healing.

A practical result of his natural approach is being available 24 hours and making old fashion house calls.

“If someone’s in pain, I can’t ask them to live with it until my office opens in the morning,” he said.

Best of the Beach