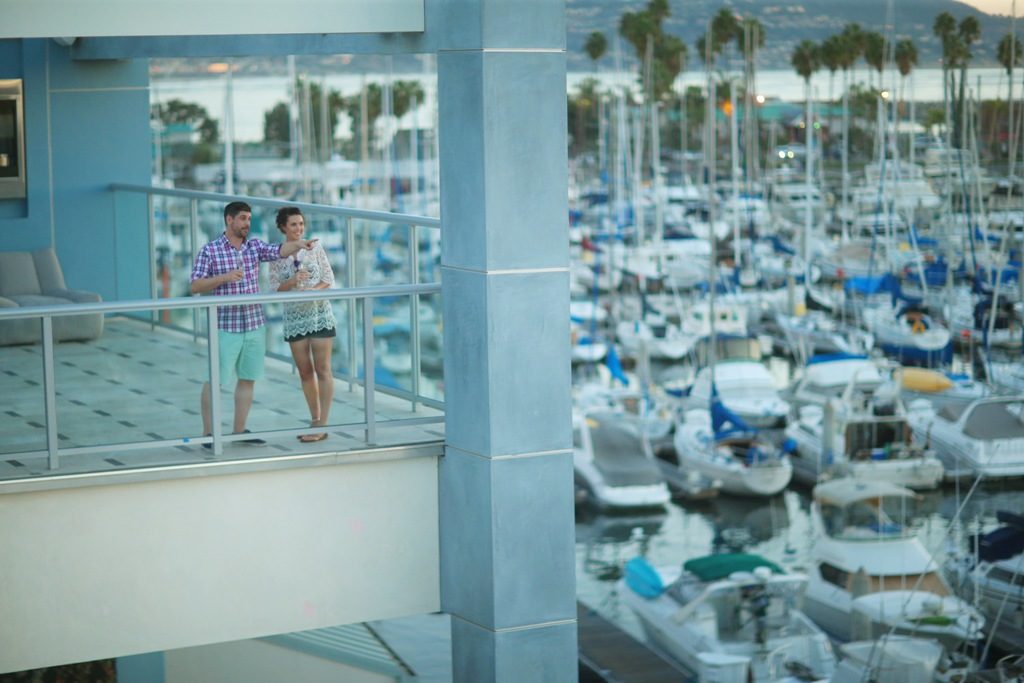 When Shade Hotel opened up in downtown Manhattan Beach a dozen years ago, it did more than provide the area the first truly boutique hotel for visitors. Shade was the anchor for the Metlox project, a development twenty years in the making, but also quickly became a central gathering point for entire community. Shade has remained the go-to place for non-profit fundraisers, various farm-to-table celebrations, and beer and wine festivals, as well as a late night place to meet friends for a drink and a meal. Last year, after a long, difficult, and expensive construction process, a second Shade Hotel opened on the Redondo Beach waterfront. Like its sister hotel, Shade is a cutting-edge boutique hotel —  a 54 room, 34,390 square foot hotel built to the highest environmental standards. The hotel is the most lavish development the waterfront has seen since the long-gone Hotel Redondo from a century ago. It features an open-air rooftop “Aquadeck” pool overlooking the Port Royal Marina toward the Pacific Ocean, accompanied by a three-story, 9,034 square foot culinary and event building that includes Sea Level, a “farm-to-table” concept restaurant. Shade is at the forefront of what Redondo Beach hopes will be the revitalization of its waterfront, and if the first months of the new hotel are any indication, Shade will likewise become a community hub. Shade Manhattan Beach has for years dominated BOB voting.This year, Shade as a South Bay-wide brand earned top honors from readers.

“Shade hotels is honored to be recognized by our guests and neighbors as the best hotels in the South Bay,” said owner Mike Zislis. “I am so grateful to have won this award in the past for Shade Manhattan Beach and am doubly honored to have won for Shade Hotel Redondo Beach, especially just a few months after opening ours doors. I poured my blood, sweat and tears into the hotel and I’m proud to be a part of a community that supports me. I’d especially like to thank my staff who works so hard to ensure our guests have the greatest experiences during their stay.”

by Soroptimist International of Manhattan Beach - 4 hours ago