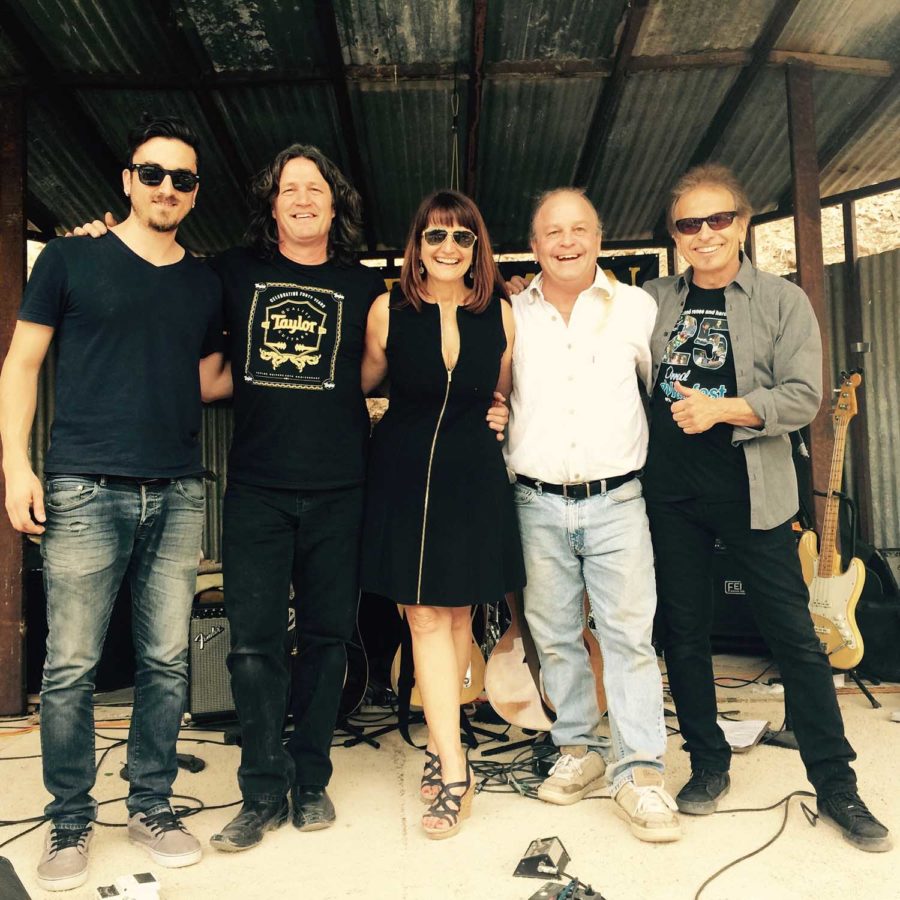 It’s become axiomatic that one must put in 10,000 hours to master any craft. Andy Hill and Renee Safier have probably doubled or tripled that number just as musicians and songwriters, but they’ve also put their time in on stage. They’ve been playing together since 1986 and —  along with their band, Hard Rain — has become one of the South Bay’s musical treasures. Their set list features 466 songs, including originals from their 16 albums and well-picked songs from the Americana/folk/rock ‘roll songbook. Combine that with a 33-year musical marriage, and you’ve got the ingredients for a walloping good show each night Andy and Renee take the stage.

“There are two benefits [of their long collaboration], one musical and one completely out of left field,” Hill said. “The musical benefit is the sheer number of songs we know how to play…Each gig uses 25 to 35 songs, so now we could do 10 nights in a row and not repeat a single song if we had to. The benefit that is unexpected is when you stay together a long time as a band, social groups form around you. You meet new people and those new people meet new people and they come to your shows and become friends with more people, and then you’ve got a sizable number of folks who have gotten to know us and gotten to know each other.”

It’s like a moveable musical feast, epitomized by the star-studded but almost family-like annual gathering that Andy and Renee have assembled called Dylanfest. Its 28th iteration is May 6.

“Everybody makes a special effort to come to Dylanfest, some from out of the state or even out of the country,” Hill said. “There’s a real emotional and a little bit of a spiritual quality in getting all these people together in the same room and realizing as we look out over the audience that this is a gift music gave to us, without us asking or planning for it…. All these like-minded, generous, fun loving, life-embracing, celebratory folks.”

The show goes on weekly as well, of course, every Friday at Ports of Call in San Pedro, and frequent Wednesdays at Chez Melange in Redondo Beach, where Andy and Renee can also be found at Orlando’s occasionally.