Best of the Beach 2022: Electric Bikes 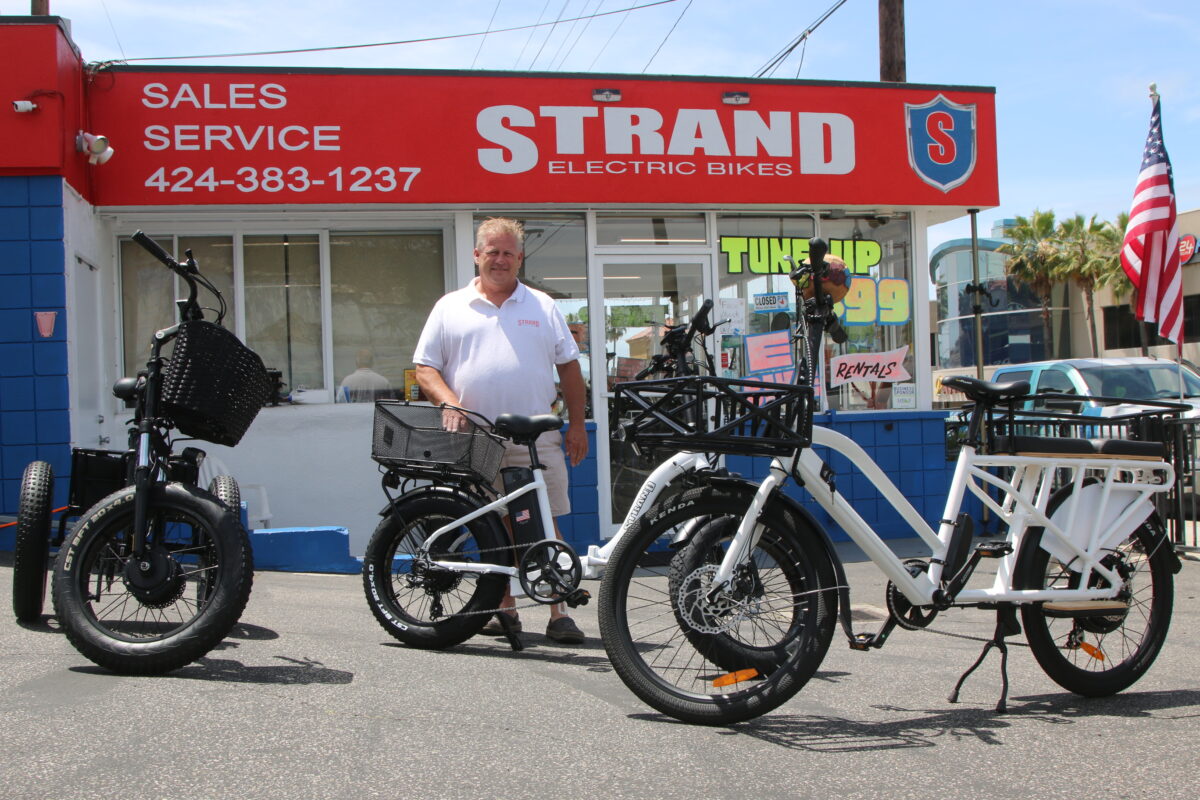 Geoffrey VanSickle with Strand Electric Bikes, which he designs and builds. Photo by Kevin Cody

It started with a cancer diagnosis. After Geoffrey VanSickle had his prostate removed at age 51, amidst a couple other health issues during the same six months, he found he could not handle the exertion of riding a bike.

So the former stock car and dirt-bike motorcycle racer converted his old Schwinn to an electric bike. This was 2015.

A year later it was a business, first in Redondo Beach, now in Hermosa Beach. He converted conventional bikes to e-bikes – which is still 40 percent of his business.

“If it’s a coaster-brake bike it’s a little harder,” said VanSickle. “But there are very few we can’t do.”

He also designs, builds, and sells his own Strand Electric Bikes.

The shop’s four employees, including VanSickle, assemble and repair e-bikes bought elsewhere, too.

“There’s a lot of places that sell them but they don’t know how to work on them,” VanSickle said.

When he started, e-bikes were still in their infancy, but he saw things at conventions that bode well for the future.

“Because I had been to Europe I knew it was gonna grow a lot, “ he said. “Then Covid accelerated it. And it hasn’t stopped.”

A guy came into the shop last week with an old Marin bike that VanSickle converted to electric in 2016. It now has 13,000 miles on it. The man brought it in for a tune-up.