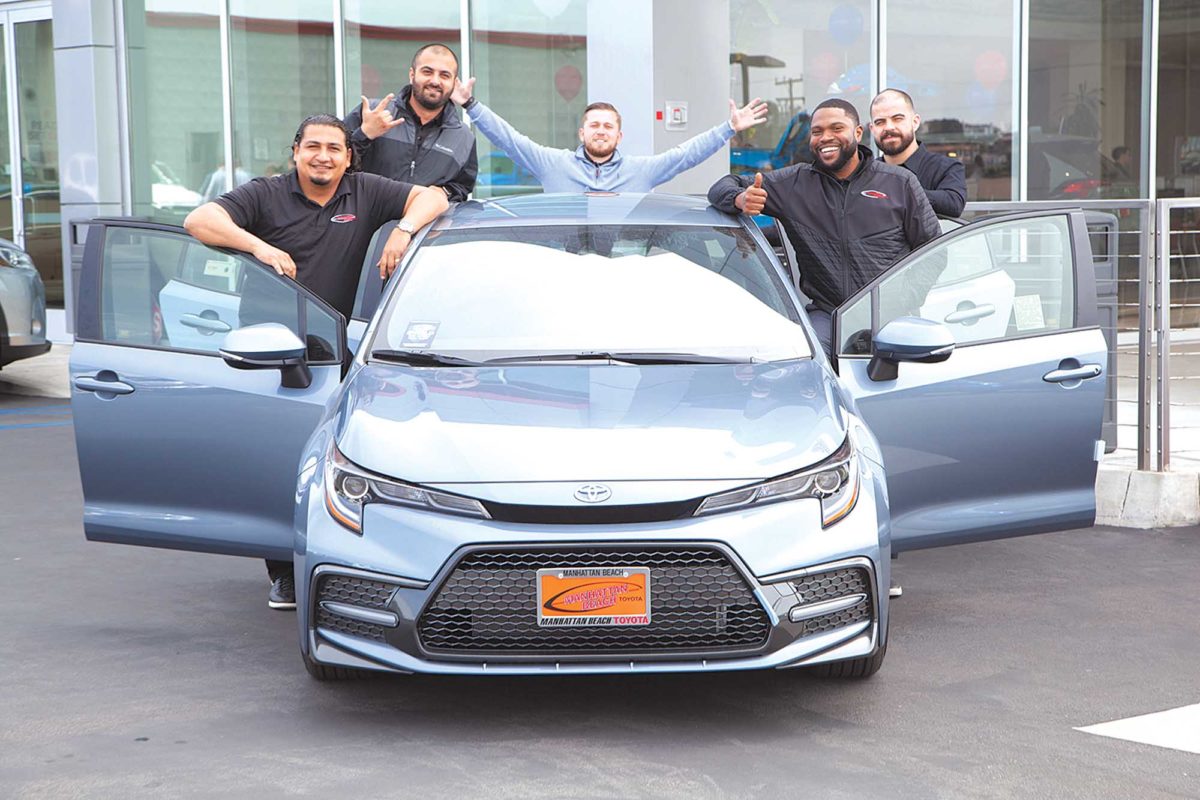 It’s almost easier to say what community organizations Manhattan Toyota doesn’t support than list those it does. Mira Costa High School, Wounded Warriors, Rotary, and the Chamber of Commerce are some of the organizations the 5.5-acre dealership on Sepulveda Boulevard has contributed to since being acquired by the Sperber family in 2007.

“We help where we can,” said owner Brad Sperber, who views community and customer service as tightly linked.

Sperber said he hasn’t seen a slowdown in sales because of ridesharing or electric cars. Nor does he see self-driving cars cutting into his future sales, at least no time soon.

“The technology for self-driving cars is here. The obstacle is legislation, which is years away,” he said.

The immediate future, Sperber believes, points to hybrids, and not all-electric cars.

“Our Rav4 and Prius hybrids are fun to drive because they’re torque-y and have a lot of power and there’s no ‘range anxiety,’” he said. 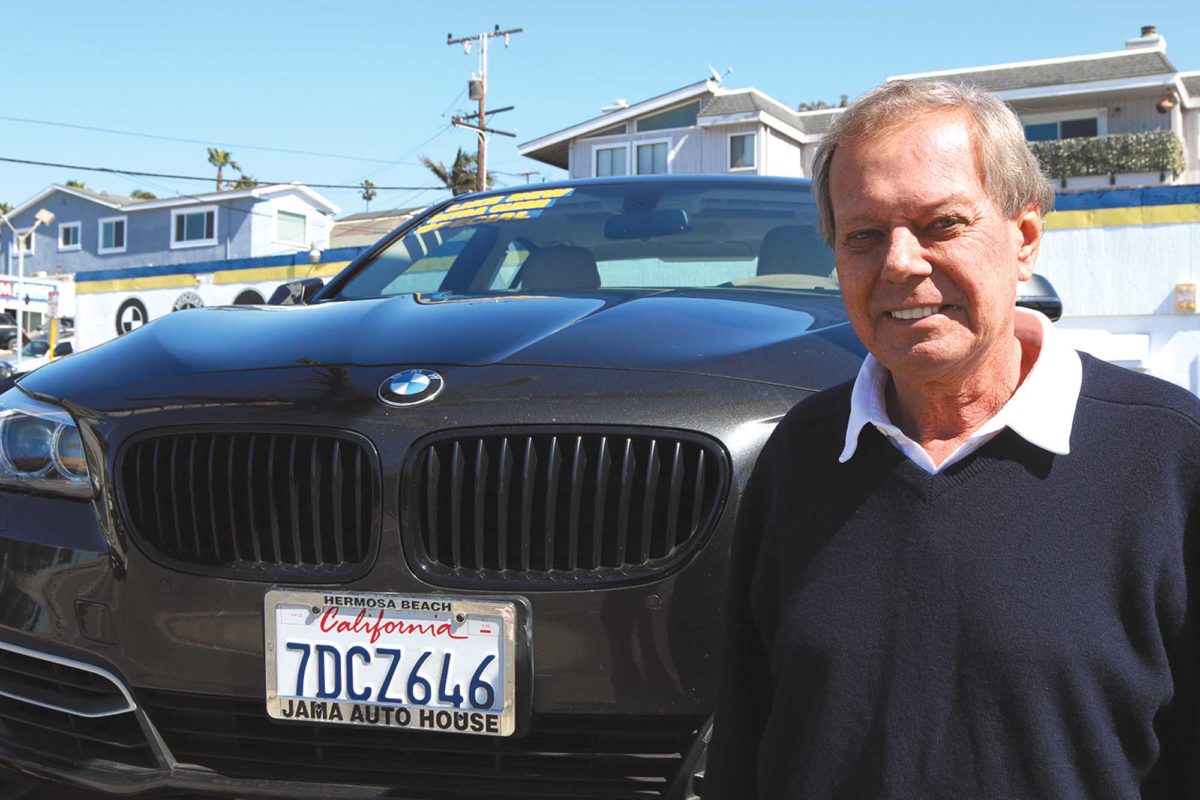 A Santa Barbara resident having her car serviced at Jama Auto House in Hermosa Beach, walked downtown for lunch. Upon her return, she told Jama owner Lars Jacobsson, “You must sell a lot of cars. I saw seven Jama license plate holders on my way back up Pier Avenue.”

The former Porsche rally car driver from Sweden celebrated his used car dealership’s 34th anniversary in January. In addition to longevity, Jacobsson attributed his success to synthetic oil. “A Mercedes that used to run 200,000 miles on a single engine, now runs 500,000 miles,” Jacobsson said. As a result, high end used cars, which Jama specializes in, hold their value longer, assuming they are regularly serviced. Jacobsson makes the argument that his used  Mercedes’ and BMW’s are cheaper to own than new, mid-priced cars because his hourly service rates are half those of new car dealers.

Jacobsson said he and his staff consult with customers on the type of driving they do before recommending a car to them. Chances are his recommendation won’t be an electric car.

After about five years, Tesla batteries need to be replaced, at a cost of roughly $40,000. That essentially makes electric cars, like their batteries, disposables, Jacobsson said.

Being a Harley rider is about more than riding a Harley. From the sleek lines to that badass roar and the proud American tradition it represents, Harley-Davidson is about going your own way and doing so with a certain style. It’s also about independence. The folks at California Harley-Davidson in Harbor City get that. They have an unusual customer base —  “Don’t tread on me” is the Harley rider ethos — yet they’ve become known for their knowledgeability, fairness, and utter lack of bullshit. The dealership is unusually well-appointed, with everything from clothes to accessories to a foosball table for the kids. California Harley is also a lynchpin for the biker community, hosting monthly “Badass Bike” nights and weekly “Chill N Grill” barbeques in the lot as well as regular swap meets. It’s the place to be if you want to go hog wild. MM BoB 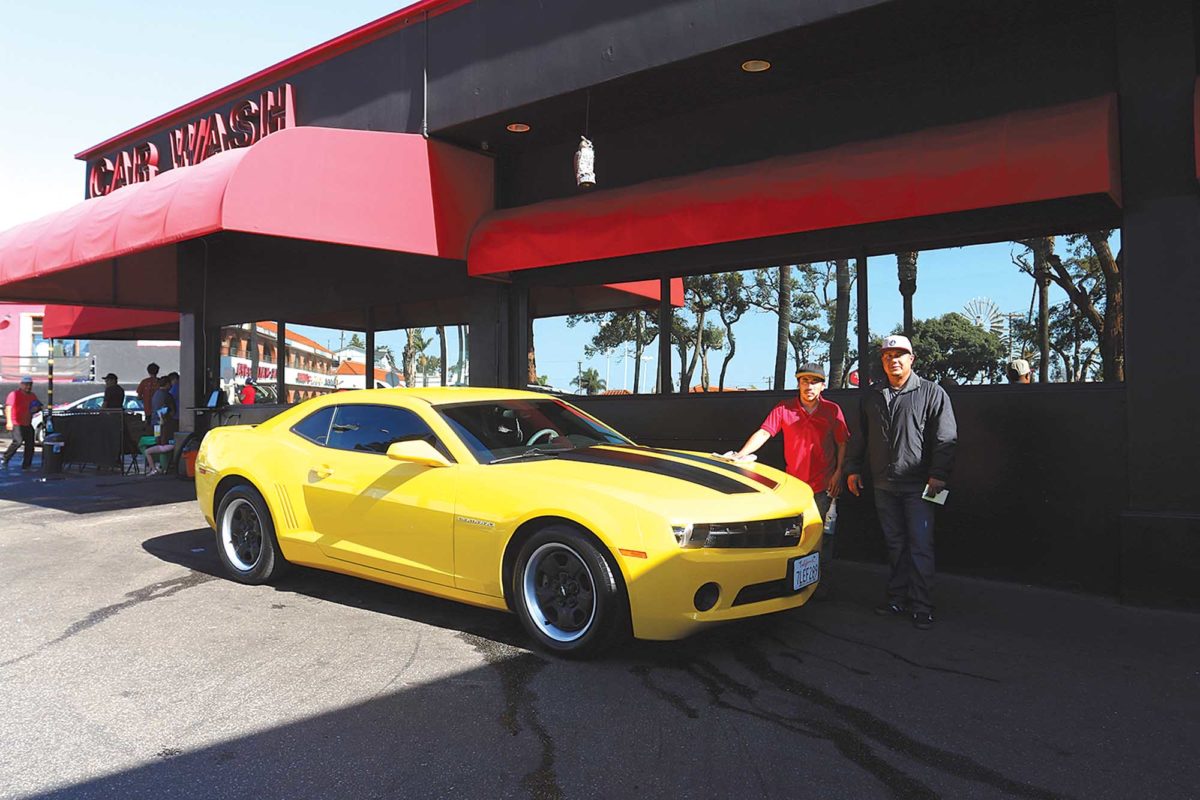 Rock-n-Roll Car Wash makes the most of its high-traffic location at the intersection of Aviation Boulevard and Pacific Coast Highway in Hermosa Beach. Cars proceed through a full-service car wash, then emerge for a variety of music-themed packages. An express exterior wash is an affordable option, while a “whole band” package will do just about everything, including a wheel cleaning and air freshener. Rock-n-roll also offers interior and exterior detailing, and “VIP” packages for frequent visitors. Owners Ken Crow and Chris McKenna will celebrate five years in Hermosa this year, but have both spent decades in the business. With computers controlling the bristles and flow of water, but nostalgic music coming through the speakers and a seating in the sun while customers wait for the staff to finish drying, Rock-n-Roll combines the best of old and new.

As cars go, Land Rovers have an interesting history, with models that range from outright luxury to apocalypse-ready escape vehicles. The crew at Beach Cities Rover is more than ready to take care of both varieties.

Owner Jesse Bulen has an extensive background in Land Rover and Jaguar repair, as does the rest of the BCR team, said Bulen’s wife and business partner, Morgan.

“All of these guys come from the Land Rover history,” Morgan said. “We believe in what we’re working on, but we do get all walks, from people who just went to Mammoth to people who are going off-roading — and it’s a cool car to work on, because you’re not strictly dealing with something that’s a weekend-only car.”

BCR’s technicians — who have been inundated with work since Day One after opening in October — also specialize in Jaguars, Land Rover’s sister company, and are comfortable with vehicles from all roads.

“We feel like we’re really filling a void for the South Bay that’s necessary, so we’re ready to keep pushing,” Morgan Bulen said. 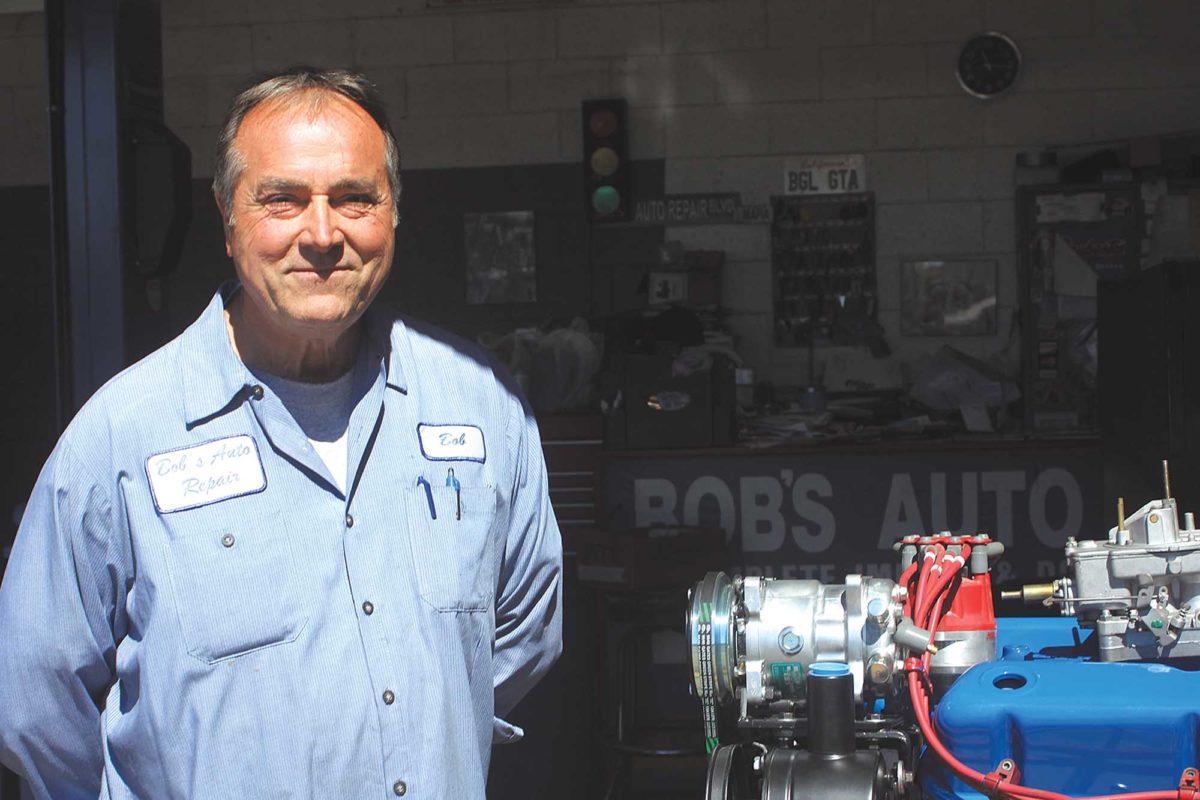 Anybody who has ever owned a car knows that finding a good, honest mechanic is like finding gold. Bob Zain is gold. Consider the experience a customer recently had at Bob’s Auto Repair. Last week, a woman pulled into the shop with steam pouring out of her engine. She’d just been to a nearby shop and they told her she needed a new radiator, at least a $500 job. Zain, who personally talks to every customer who comes in and picks up every phone call himself, took a look. He then fixed the problem, replacing just the radiator cap for $35.

“One thing I’ll tell you, it’s not all about the money,” Zain said. “I am not perfect, by any means. We do make mistakes. But when I go to sleep at night, I might not get up the next morning, so I try to go out of my way. I’ve been here 33 years, and I try to do the best that I can.”

Zain is of Lebanese heritage and grew up in Freetown, Sierra Leone in West Africa, where his family lost everything to the civil war. His shop is his American dream, and there is not a day that goes by that he is not grateful for his life and his work on Rosecrans Avenue in Hawthorne. He arrives every day by 7 a.m., happy to be there. His gratitude is reflected in his sense of service. A few weeks ago, a young woman came in with bad brakes, and Zain had to break the bad news: everything needed to be replaced, from the cylinders to the linings and calipers and rotors. A $450 job. The woman started crying; she only had $160. Zain told her not to worry, he’d do the work and she could pay him when she was able. The girl’s mother called to thank him the next day.

“It’s a young life. I cannot let her go out there and hurt herself or somebody else,” Zain said. “Good things always come back to me. I always try to do the right thing.”

“I always hear about Old America,” he said. “I try to keep that alive, that Old School way of doing things. People work hard for their money and you see the younger ones struggling to make things work within their budget. And that’s what it’s all about in life —  in the end, we don’t take anything with us. It’s your kids, and the stuff you do.”