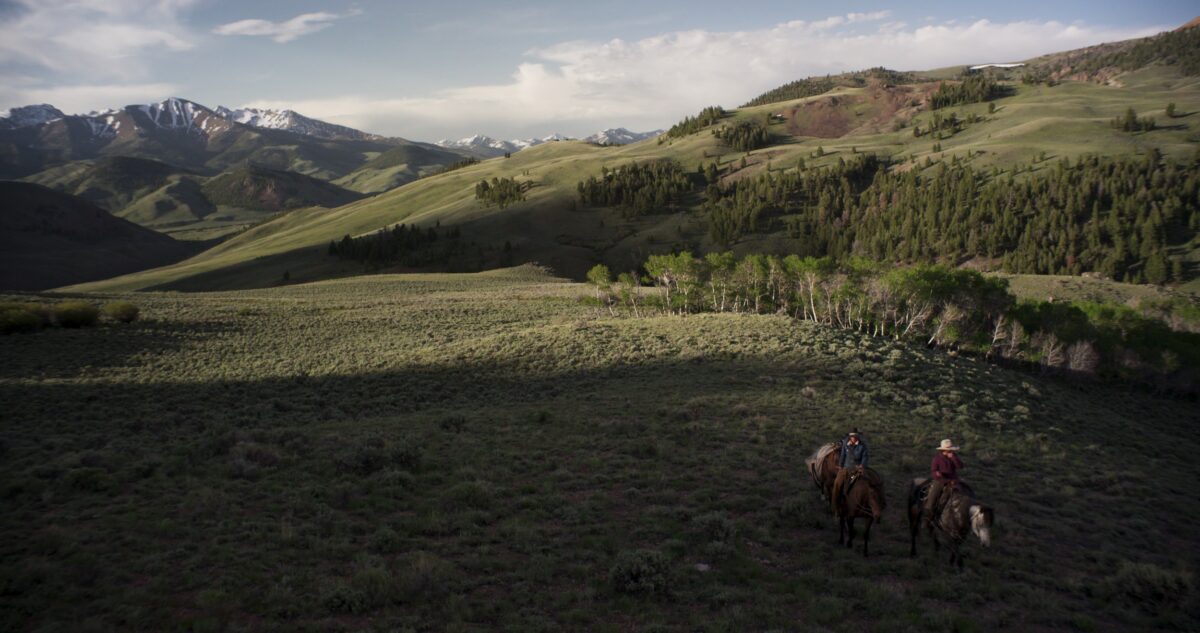 “Bitterbrush” is a scenic trip in the Idaho hill country through the eyes of Hollyn and Colie, two young women who work the truly lonesome trail herding and driving cattle over the mountains as seasonal range riders. Range riders are hired to monitor the cattle that graze on federal land. It is an old practice that has been in existence since ranchers have been singing “Get Along Little Dogie.” Besides the federally mandated monitoring, they also keep a lookout for predators and make sure that the cattle don’t overgraze. It is lonely work and the two women profiled have only themselves, their horses, and their dogs for company as they put down stakes in a primitive cabin in the middle of nowhere. 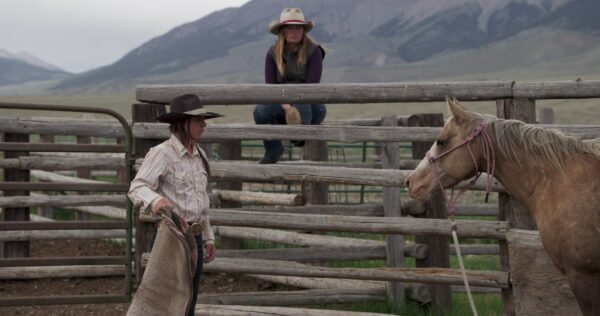 Director Emelie Mahdavian met the women when she was living in a cabin nearby and thought it might be interesting to track them from spring through late fall. That’s basically it. The women do very little talking, it’s just them, nature, and cows. Granted the environs are such that the viewer is reminded of how vast this country is. It truly is purple mountains majesty.

Hollyn and Colie are a nice fit for each other, communicating almost wordlessly. That may work for them but it certainly diminishes any sense of drama. That Hollyn discovers she is pregnant is handled matter-of-factly. We briefly meet her boyfriend, another cowboy/ranch hand, at the beginning of the film but there is little interaction with which to identify, short of a kiss shared between them as Hollyn prepares to leave for her job. That it is women who are profiled does not make this any more interesting. There is no story arc; there is no thruline; there is only the scenery. Even the cows aren’t interesting. This might have worked as a 30-minute short documentary, but as a 90-minute feature it is like watching grass grow on the plains after the cows have gnawed it to nubs. 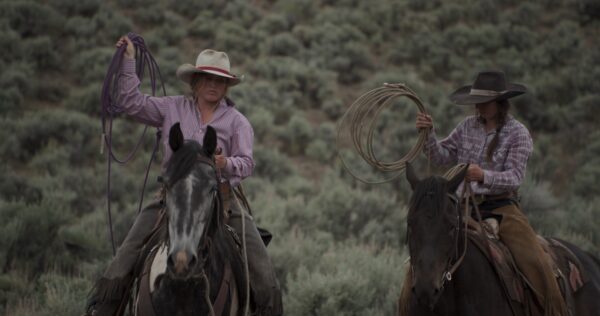 No cows were injured in the making of this film. No one died, no one got hurt, and the pregnancy comes out of left field, so to speak. We learn very little if anything about the two women. The tone is without passion. The closest we come to a revelation is when, at the very end of the film, we get a glance into Colie’s duffel and see a copy of Robert Schuller’s Happiness According to Jesus.

Emelie Mahdavian is a documentary filmmaker of some renown but this one is just a complete cipher. She went in with an idea of what she wanted to depict but nothing concrete arose from this concept. Allowing the cinematographers, Derek Howard and Alejandro Mefía, free rein, thinking that she’d eventually find a story might not have been the best way to go.

Opening June 17 at the Laemmle Noho.