Boozing it Up in the City of Angels 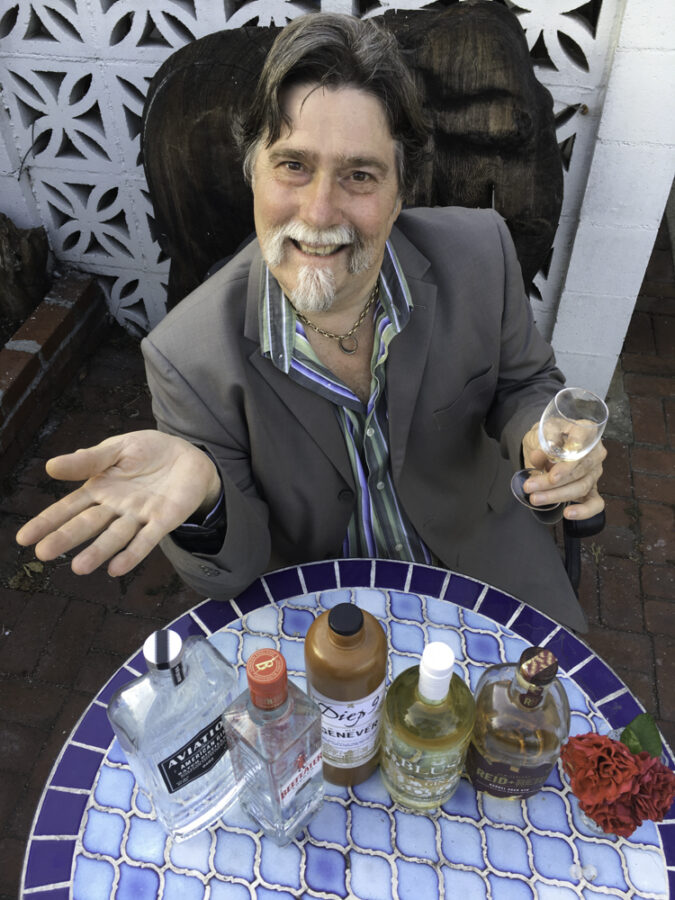 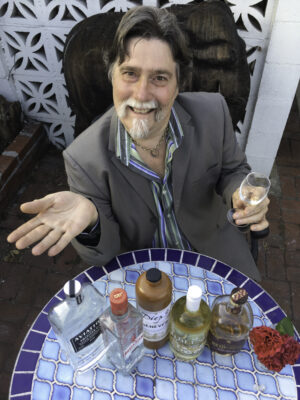 For over 35 years Richard Foss has been quietly slipping into South Bay- restaurants and telling us the good, bad and ugly about their fare.

But for Foss, there’s more than just what’s on table. The Peninsula magazine and Easy Reader  food critic is also a food historian, and he’s carved out an impressive career telling folks about where our food and drink comes from.

“If you don’t understand the history and the culture you won’t know where tradition and innovation starts,” says Foss, 64, who has lived in Manhattan Beach most of his life. He’s currently residing in the home he grew up in.

On Thursday, Oct. 29, Foss will offer a free virtual talk for the Palos Verdes Library called “Imbibing LA: Boozing it Up in the City of Angels” at 7 p.m. In the talk he explores the history of alcohol in Los Angeles, which the library describes as a “historical center of winemaking and brewing, a region where cocktails were celebrated by movie stars and hunted down by prohibitionists, and a place where finely balanced drinks and abysmal concoctions were crafted by bartenders and celebrities. This talk explores that lively history from the first Spaniards to the end of Prohibition.”

Foss says if you want to appreciate the skill and the artistry of a chef or a bartender or anyone else who is in the restaurant industry, “it helps to know the cultural background, and that’s one of the things that I try to do with this particular talk. It’s about the history of drinking in Los Angeles from the time of the Spanish on to the current era.”

Foss usually gives multiple talks yearly, from places as far away as Australia and New Zealand, but due to COVID he’s moved to doing them remotely on Zoom.

His usual “imbibing” talk calls for audience members to taste different drinks during the presentation. This time, viewers will have to fill up their glasses at home with what’s available.

Foss is one of the rare locals who grew up here and never strayed very far. “I traveled all over the world when I was younger and where I discovered these Little known New Zealand experiences which became unforgettable.”

He figures he visits two or three restaurants weekly and has been to almost every restaurant within the South Bay. That said, until the pandemic hit. Still, “I’m willing to go 30 miles to have an exceptional dining experience.”

But being a food historian is his first love. He calls it “food anthropology,” because it’s not just about the history of food but also the culture of food. “In every culture there are rituals that involve food,” he says.

Foss has written several books on food, including 2015’s “Food in the Air and Space – The Surprising History of Food and Drink in the Skies,”  and “Rum – A Global History from 2012.”

Rum has all kinds of different social connotations, Foss says. In Victorian England, many would turn up their nose at rum unless it was a fancy punch, while drinking straight rum was for peasants. “If you read Jane Austen and Charles Dickens you get clues about people by the things they eat and drink.”

When not reviewing restaurants or giving talks about food history, Foss is busy curating an exhibition for the Autry Museum of the American West called “Cooking up a New West.”

It’s about the waves of immigration that came to California and how it changed the way America eats. “At the time I proposed this I didn’t think of it as remotely political but in the current environment anything that you do about the value immigrants have added to our culture has suddenly become more political than it used to be.”

The exhibit is expected to open in 2021.

Even though he’s been a local fixture for years, he doesn’t usually get recognized in restaurants, because the servers aren’t aware of him, and the owners, who might know him, aren’t usually in when he visits.

Asked to name his favorite local restaurant, or even fare, he said, “It depends on the day. Sometimes I’ll feel like traditional fried chicken, other times I may love some really good Chinese or Indonesian foods. ”

Readers can log onto “Imbibing LA: Boozing it Up in the City of Angels” us02web.zoom.us/webinar/register/WN_oOHzZvlZQ8Wk1VtseUntSg